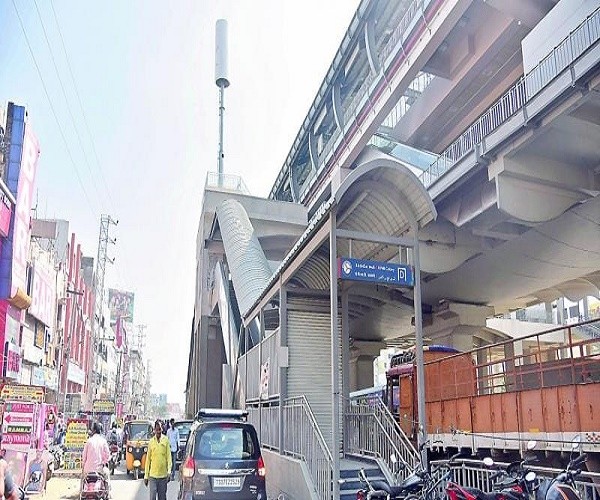 Hijras or Eunuchs seeking alms are pestering commuters at the KPHB Metro Rail station, more so in the evening. The commuters waiting for their pick-up vehicles have become easy targets. They allege that they need to pay Rs 100 at the minimum, and paying even Rs 50 is asking for more trouble.

K. Naveen, who was waiting at the station, said, “Two commuters were sitting on the stairs of the Metro station waiting for their bus to arrive at about 9.30 pm when a eunuch came up to them and suddenly lifted her sari. The horrified commuters gave her Rs 50, but she showed the Rs 100 notes she had, and said nothing less would do. People coming to the rescue of the two commuters were shooed away by the eunuch who did her sari-lifting number again.”

Passengers exiting the station through the staircase are the main targets, though they also pester commuters on the road.

It may be mentioned here that KPHB Metro Rail station sees the highest footfalls. A retailer said, “Now that it is festival time, they come to us as if we owe them money. But it is not just during the festive season or opening up of new store, extortion by eunuchs has become a common occurrence here. Their behaviour and strange clapping, ruins the shopping experience of the customers.”

Shopkeepers noted that they either ask the eunuchs to leave or eventually pay up or to avoid the ruckus they create. While security guards are deployed at the station, it evidently is not enough and police officials said that they will look into the issue.

A senior Kukatpally police official said “No official complaint has been raised by the people on this issue. We are aware that they come during the opening up of new shops. If it is a regular occurrence, we will take up this matter more stringently.” #KhabarLive