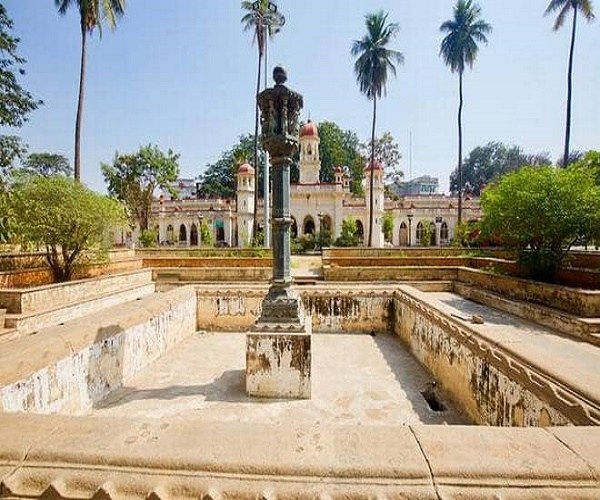 The Telangana High Court is one of the grandest structures in Hyderabad and its rows of red cupolas radiate a charm from another era. Right beside the High Court building, hidden behind a wall and gun-toting security guards behind pillboxes is another building from a different era. The building dwarfed by the high court building was known as the Victoria Zenana Hospital, the first exclusive hospital for women in the region.

Built at the beginning of the 19th century, the hospital building is a step in the evolution of architectural style that later came to be known as Indo-Sarcenic. The smaller cupolas rising from an octagonal base are dissimilar from the domes that are emblematic of Qutb Shahi era architecture.

Before the Zenana Hospital came up, women had to go to the Afzalgunj Hospital that had a separate section for them. By the 1920s, the hospital had trained doctors, nurses and even a biomedical investigation laboratory.

If the Zenana Hospital encapsulates a century of medical history of Hyderabad, its courtyard takes us back a few hundred years. In the middle of the courtyard is an exquisitely carved fountain that rises nearly 15 feet off the ground. If the designs at the base are intricate, the water spouts from the trunks of elephants are nothing short of brilliant engineering. According to historians, the fountain is a relic from the time when Muhammad Quli Qutb Shah built the city of Hyderabad on the banks of the River Musi.

His power can be imagined from the fact that he could build his palace complex right beside the king’s palace. In 1915, when workers began digging to lay the foundation of the High Court building, they unearthed the foundation of the Nadi Mahal. The waterfront palace was part of Muhammad Quli’s royal palace.