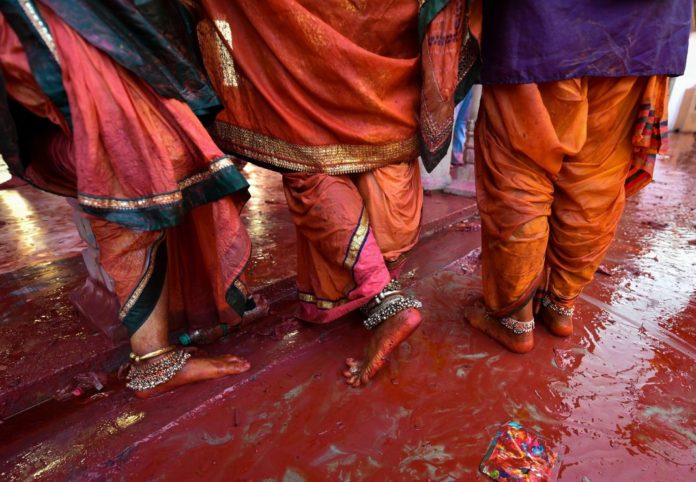 The debate shouldn’t be about what the balloon contained, but the increased harassment of women during Holi.

My college is my safe haven. It is a place where I find my voice, and raise it. Over the past year, I have managed to keep my calm because my college ensured I was fine, emotionally and physically.

At Delhi’s Lady Shri Ram College, you can say, do and wear what you want. But outside its gates, there is the real world, a rude reality check and a reminder that no matter how hard women try to create safe spaces, harassment will catch up.

In our early childhood, we have all had to sit down and write essays on festivals. The words ‘Holi is the festival of colour and joy’ were embedded in our brains. Until I turned 12. After that, Holi became a festival when my body became a commodity that could be objectified, and mocked, in the name of ‘festive spirit’. Each year, the list of do’s and dont’s increased. By the time I was 16, my family and I had mutually concluded that I would be better off sitting at home during Holi.

This week, a first-year student took to social media to talk about an incident where she was hit by a balloon filled with semen. It didn’t take long for the post to go viral. Her classmates, seniors and women from other colleges immediately expressed their solidarity. Everyone condemned the incident and raised the issue of increased harassment during Holi.

The Women Development Cell at my college had a meeting where everything that could have been done to make the college back gate area safer was set into motion, including increased police surveillance.

But as soon as this first-year student dared to raise her voice against the festival being a free pass for assault, she was questioned, shamed and trolled so much on social media that she now refuses to speak about it anymore. People on the Internet asked for proof, and some even went on to ‘scientifically’ discuss how it was impossible for the balloon to be filled with semen, and that the white residue on her black pants was probably rice starch. The questions that need to be raised are not whether the balloon contains some perverted man’s bodily fluids or rice starch, and if the girl is crying wolf or not.

The conversation we need to have is about why a man, without consent, hit her with a balloon, whether filled with semen or not, in the name of a festival. A festival that is supposed to celebrate the end of evil has resulted in a new form of hell for women every year. On this day, men find an excuse, a culturally supported loophole, to assault women because “bura na mano holi hai”. This recent incident only stands as a proof of that. #KhabarLive