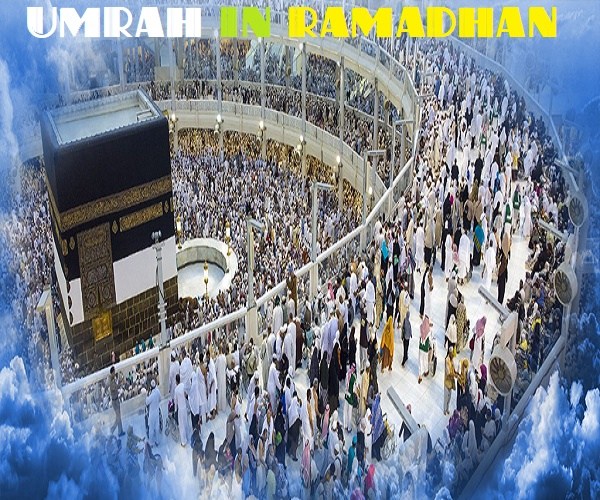 With the vacation for schools and Ramzan month falling around the same time, the demand for the Umrah pilgrimage has increased drastically with several families planning the pilgrimage in the holy month of Ramzan and heading to Saudi Arabia.

Muslims usually consider it pious to perform Umrah – a pilgrimage nearly similar to Haj – during the month of Ramzan. The Umrah pilgrimage can be performed anytime of the year unlike the Haj pilgrimage which has specific dates.

Around ten thousand people from the State visit the Saudi Arabia for the Umrah pilgrimage. “Mostly individuals or couples go for the pilgrimage during Ramzan. But with the vacation for schools, many are choosing to take the children also along for the pilgrimage. Compared to previous years, the demand is more this year,” said Hafez Mohd Faiyaz Ali, executive member, Haj and Umrah Tour Organisers Association.

The tour operators say that they are facing problems in accommodating the pilgrims with all flights running packed. “We are accommodating them in higher economy class by shelling up to Rs. 40,000. All airlines are full and people have infact booked tickets months in advance,” said another tour operator who operates from Dewan Devdi in the old city.

Tour operators in the city offer Umrah package of various categories including budget and economy package. The amount is calculated depending upon the accommodation selected for stay during the pilgrimage and other facilities. The amount varies between Rs 65,000 and Rs 1 lakh and during Ramzan, the fares go up.

Mirza Faiz Baig, a tour operator explains the costs of tour packages rise due to the increase in hotel tariffs and airfares. Almost all the hotels in the holy cities of Mecca and Madina increase their tariffs during the month of Ramzan. Similarly, airlines also have higher fares then because of the huge demand. “In fact, prices vary in the first and second fortnights of Ramzan. During the second fortnight, Saudi nationals and people from the Gulf countries come in large numbers to Mecca and Madina. This further causes tariffs to increase, as hotels are full,” Baig explained.

With the cheating cases involving private tour operators on the increase, the Haj Tour Operators body had demanded police initiate action against ‘fake tour operators’. Mohd Siraj Khan, general secretary of the association said that some persons claiming to be licensed tour operators collect money from the public and dupe people every year. Action should be initiated against such persons by the Central Crime Station sleuths of the city police, he demanded.

“These people do not have licences issued by the government or local agencies. Several such agents had collected money from persons wishing to undertake the Haj and Umrah pilgrimages, and duped them,” he said.

Mohd Faiyaz, said the Central government so far has not released the Haj quota for private tour operators but many fake tour operators have started collecting money from the Haj pilgrimage aspirants. #KhabarLive