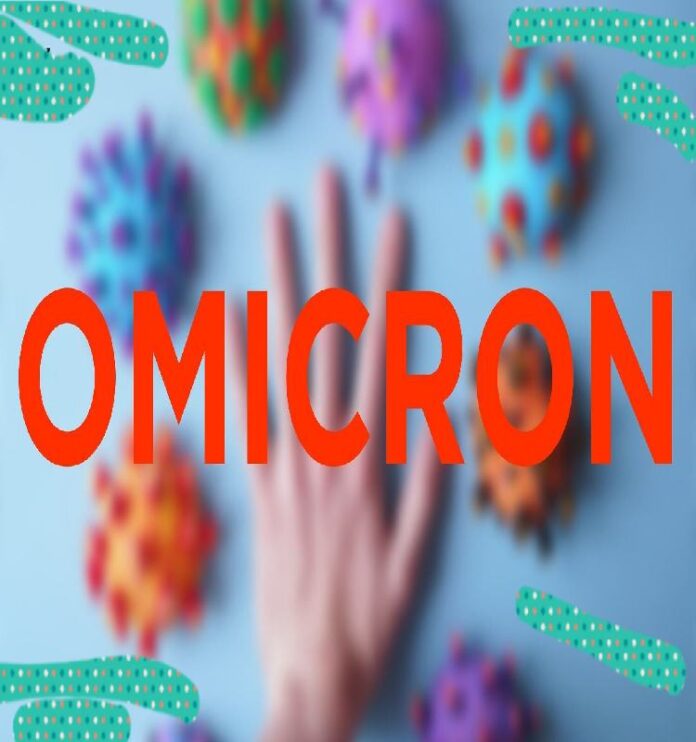 A large number of people remain vulnerable and can be severely infected as well as become a host for further mutations. Equity in distribution of vaccines is crucial to reduce the chances of mutation.

The omicron variant (B.1.1.529) of SARS-CoV-2 virus was declared a ‘variant of concern’ by WHO and It has sent alarm bells ringing all over the world. International travel is being impacted. Even though it may not have originated in South Africa – cases of people infected by this variant have been reported from India, Botswana, Australia, Israel, Hong Kong and several countries of Europe. It seems to have spread by the time it was detected first in South Africa, through genome sequencing.

Physicians in South Africa have said that people infected by this variant have thus far typically developed mild symptoms. But the WHO has suggested caution because not enough is known about it yet. Of course, there should be no panic.

Moderna has said that the efficacy of its vaccine against infections of the omicron variant may be reduced, while reports from the Netherlands suggest that the new variant was already in Europe before it was detected in South Africa. The implication is – as with earlier variants – the omicron variant spread across the world by the time it was declared a ‘variant of concern’. This has some implications, including whether travel bans can help.

Omicron has caught experts’ attention because it reportedly has over 50 mutations, with 30 of them pertaining to the spike protein of the novel coronavirus. The spike protein is critical: it enables the virus to enter human cells and seize their cellular machinery. The current vaccines also train our bodies’ immune systems to recognise the spike protein and mount the immune response.

If the spike protein has mutated beyond a point, it may be the case that vaccines can’t train our bodies to recognise it. (The vaccines were designed and tested against the ‘original’ strain, B.1). This is also Moderna’s basis for caution.

There have been some reports that the omicron variant could – speculatively, in the absence of more and better data – better evade naturally acquired or vaccine-induced immunity than the delta variant, as well as spread faster. Preliminary reports from South Africa also suggest that computer modelling has indicated that the immunity due to the T cells may also be dodged by omicron – this would be really worrying.

While experts work on producing more data to help us understand how the omicron variant will affect the course of the COVID-19 pandemic, we need to learn from the experience of the last two years, even if it isn’t always correct to extrapolate from the past.

Currently, there have been some indications that the wave likely to be induced by the omicron variant will be milder than the second wave in India. If this expectation turns out to be correct, the cost for society will not be high. However, the experience of the last two years is to be prepared for the worst and hope for the best, and perhaps most importantly, that we shouldn’t lose time. Complacency can be very costly anyway.

In 2020, India reported its first case of a SARS-CoV-2 infection on January 30. By the time PM Modi announced the national lockdown on March 24, there were only 37 cases and the seven-day moving average was 56. The government has since been criticised for announcing the lockdown too early.

And due to poor implementation, the numbers peaked to a seven- day moving average of 93,000 by mid-September. The government had, however, started to ease restrictions via unlock, from June, when the number of cases were still rising. There was a breakdown of healthcare systems in major metropolitan centres because the numbers kept rising. Rural India appeared to have been left to its own devices.

The alpha variant was first reported from the UK in November 2020, and the number of cases there rose in alarming fashion. It was found that it had been circulating since September 2020. By the time it was declared a ‘variant of concern’ by the WHO, it had spread across the world.

The delta variant was first reported in March 2021, but had been circulating at least since December 2020. In mid-February, there were about 9,500 cases a day in India. By 20 March 2021, the numbers rose 400%. By the time it was declared a ‘variant of concern’, it had spread worldwide and had become the dominant variant wherever it went.

India also continued with ‘super-spreader events’, and the infection spread rapidly to reach a peak of above 4 lakh cases a day in May 2021. Health systems were overwhelmed – especially in the form of a severe oxygen shortage in North India – and needless deaths occurred.

The novel coronavirus keeps mutating. We don’t yet know how different mutations combine to add or subtract the virus’s various attributes. But we also know that the omicron variant has all the mutations we have associated thus far (in previous ‘variants of concern’) with faster transmission. At this point, we need to quickly find out more about its ability to escape natural or vaccine-induced immunity.

Some experts had started talking of the virus’s spread having reached an endemic stage: that it is likely to stay in the human population, just as flu and other virus-borne diseases have persisted. It has also been suggested that vaccines may have to be tweaked every year to fight new variants that might emerge.

But matters may not be as bad as when the disease erupted in January 2020. New vaccines can be developed quickly, since the corresponding technology has advanced rapidly in the last two years., The protocols of dealing with the infection are also more mature than they were two years back.

It has also become clear that as long as there is a large number of unprotected people, the virus can infect them, spread quickly and mutate more. The implication is that there is an urgent need to address vaccine hesitancy on the one hand and inequity in the availability of vaccines within nations and across nations on the other. In many nations in Africa, very few have been vaccinated.

In India, about 31% have received both doses. Even in advanced countries like the US, vaccine hesitancy has meant a gap between those who are partly vaccinated – 70% of the eligible population – and those fully vaccinated, about 59%. So a large number of people remain vulnerable and can be severely infected as well as become a host for further mutations. Equity in distribution of vaccines is crucial to reduce the chances of mutation.

What needs to be done?

There is an immediate need to ramp up genomic sequencing, vaccination and testing. Since the number of cases are still few and isolated, contact tracing will be useful to limit the spread. Health infrastructure needs to be ramped up in case the situation turns grave – we should not be caught napping like during the second wave. Shortage of health personnel will continue, but the emergency steps suggested earlier need to be taken promptly. Within a short period of time, we will know how fast the new variant is capable of spreading and we can decide the restrictions that maybe needed based on that.

The economic impact will be again focused on the marginalised sections of society, who may again lose jobs and incomes. This will further impact demand which has not yet recovered to the pre-pandemic levels and the expected economic recovery may be set back. The bubble created in the stock markets could deflate further.

The government’s tax revenue has been buoyant and it should immediately plan to step up support to the vulnerable sections, instead of simply trying to keep the fiscal deficit down. Global supply bottlenecks are likely to be aggravated further and will impact production, like India’s auto sector has been impacted by the shortage of chips. #KhabarLive #hydnews 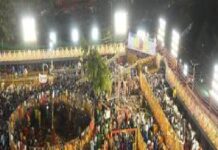 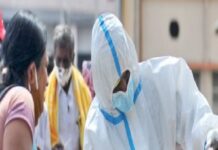