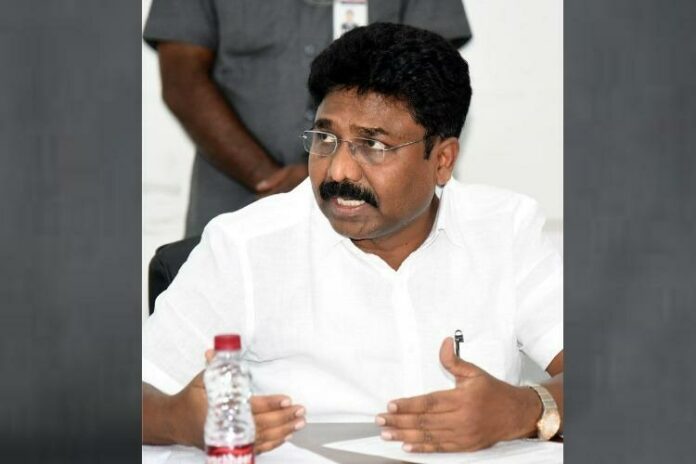 As the Jagan Mohan Reddy government gears up for the launch of the ‘Rythu Bharosa’ welfare scheme for farmers on October 15, an embarrassing blunder came to light. The name of Education Minister Adimulapu Suresh was found to have been included in the list of beneficiaries of the scheme from Ganapavaram village in Prakasam district.

The minister has since issued a clarification stating that his name has been removed from the list. “I found out only this morning that my name had shown up in the Rythu Bharosa beneficiary list. I immediately brought this to the notice of Prakasam district Agriculture Department authorities. They said that the mistake occurred because there was no option for public representatives in the software. They informed me that they have removed my name immediately,” Suresh said in a statement issued.

Under the YSR Rythu Bharosa scheme, landholder farmer families who collectively own cultivable land irrespective of the size of land holdings will be provided a benefit of Rs 12,500 per annum, including the benefit of Rs 6,000 per annum per family provided by the government of India under PM KISAN in three installments.

It was one of the nine key welfare schemes that were promised in YSRCP’s manifesto, dubbed ‘Navaratnalu’.

According to the eligibility criteria for the scheme, farmer families whose members are former or present ministers are excluded, along with former and present Mayors of Municipal Corporations, former and present Chairpersons of District Panchayats, among others. According to the Rythu Bharosa website, the ‘existing validated land ownership database’ is being used to identify beneficiaries of the scheme.

In his statement, Suresh also said, “Rythu Bharosa scheme is for the benefit of the farmers. I am a farmer, I own lands, but the scheme should only go to those who are eligible for it. I have instructed the Prakasam District Joint Director to remove any such lapses if they do occur. I have even brought this to the Agriculture Minister’s notice.” #KhabarLive