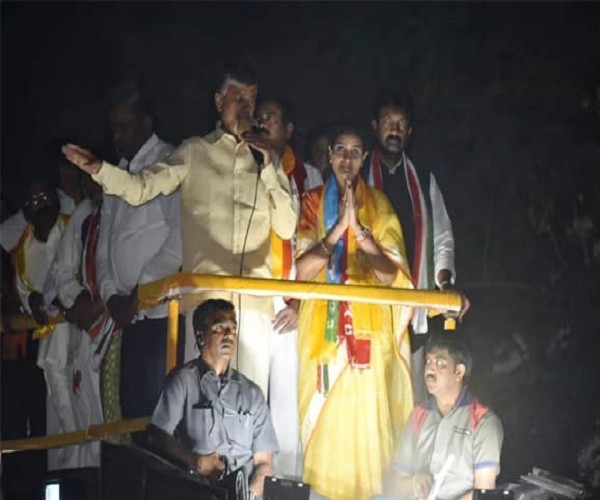 The campaign by the political parties for the ensuing Assembly elections in Telangana has reached a feverish pitch. Politicians of all hues are hitting the roads, promising the moon to the people. The levels of sound pollution are going up alarmingly across the State. Hyderabad too has been converted into a battle-ground with leaders of all parties flexing their muscles like gladiators before the bout of a fight.

Though politicians are a strange species who have an uncanny sense of knowing people’s pulse by just speaking a few words to them, this time they are not very sure. Though a number of surveys have been done, all of them might miss the people’ opinion wide off the mark. As the date of polling on December 7 is approaching fast, the contestants are turning like fleas on a skillet.

The latest survey, whose teaser former MP Lagadapati Rajagopal has released, has turned controversial. He said that in these elections, about 10 independents will win the seats for which they are in the fray. In fact, he has released the names of two contestants – Sivakumar Reddy in Narayanpet and Anil Kumar Jadhav in Boath (ST).

No one knows to what extent Lagadapati Rajagopal ‘s survey would come close to the results, but it has kicked up a debate. The TRS believes the survey is baseless since it implies that people are not all that gung-ho about either the BJP or the People’s Front. It also indicated that there might be a hung assembly though Lagdapati Rajagopal has ruled out the possibility.

There are allegations that Rajagopal’s survey is not actually the ground level situation, but it is what he wants it to be. It is also said that Rajgagopal let out the two names after discussing the survey strategy with Chandrababu Naidu. The purpose is to set the cat among the TRS pigeons. It is also said that Rajagopal and Naidu are working in cohort since Rajagopal wants to go to Lok Sabha from either Malkajgiri or Khammam on Congress ticket with the support of the Telugu Desam Party in 2019 general elections.

Naidu’s intention to get K Chandrashekar Rao’s guts for the garters has made the Congress reach out to Telugu Desam Party which led to an alliance between the two parties. The aim of the alliance to bring down the TRS regime in the State, on the face of it, looks a good strategy. The two parties which remained daggers drawn for decades came together to defeat a common enemy – KCR.

If one looks at it from another angle, leaders of the two parties are admitting that Telangana leader is mightier than they individually. He had brought two parties together which are poles apart, and in the process, sending out a message that he is stronger than them and he had vanquished another of his enemy Telangana Jana Samiti chief Prof M Kodandaram.

Prof Kodandaram, who has become a household name during Telangana movement and who had worked more than KCR in sustaining the Telangana sentiment and organising major public meetings, today does not have a seat to contest for. His party candidates seem to be in the fray for a mere four seats.

After the nominations closed, Kodandaram had openly stated that the Congress had let his party down while admitting in private that it was becoming embarrassing for him to share the dais with Telugu Desam chief Chandrababu Naidu. He felt ill at ease in Naidu’s presence since the Telangana leader is not a politician who would do anything if it helps his objective. He is an ideologue and he had bared Naidu of his “conspiracy” to undermine the interests of the Telangana region.

The three-party alliance – the Congress, the TDP and the TJS – is challenging KCR now but to what extent the two colours – white and yellow – would help the People’s Front win the elections is still debatable.

Naidu and Rahul Gandhi may have joined ranks but how about the cadres? How about the people? Will those who like the Congress vote for the TDP and vice-versa? Do they believe that the hugs and high fives between the Congress and the TDP leaders are really a ‘democratic compulsion’ or would they dismiss the slogan as some kind of an excuse to satisfy itself to work with the Congress?

ALSO READ:  Why Court Stopped 'Book On Asaram' Before Publication?

One of the main reasons for the Congress to reach out to Naidu is to retrieve its lost ground in 2014 elections. The TRS claimed a share of 34 percent of votes while the Congress got only 25 percent. The TDP with 14 percent votes had won 15 seats and the BJP with seven percent of votes won five seats with both the TDP and the BJP fighting the elections in an alliance.

The Congress seems to have believed that if the TDP is on its side could get 14 percent votes but the question that remains is whether the TDP still has that much voting in Telangana, mainly in Hyderabad and Khammam. In about 25 constituencies in and around Hyderabad, Seema-Andhras are substantial in number and the Congress appears to have come to the conclusion that a majority of them would support the Telugu Desam Party which estimate may once again be wide off the mark as they include YSRCP supporters too who might vote for the TRS because of their pathological hatred against the TDP.

But the question that arises is: Does TDP retain its 14 percent vote? In this chunk, how much is BJP’s since both the parties fought the elections in the alliance. In 2014, Narendra Modi was emerging on the national scene like some kind of a supernova and there was a high expectation from him all over the country.

The mojo of Narendra Modi had its rub off on TDP and this time these votes may not go in favour of the TDP. Then many TDP leaders had left the party and joined the TRS and it is likely this also would knock away significant voters from its hold. The TDP says though its superstructure in Telangana is gone, its roots are intact and hope that green shoots would emerge.

The Congress hopes its vote share of 25 per cent is intact which is once again debatable as it is likely that those who were with the Congress may have shifted their loyalty to the TRS either because their leaders had crossed over to the pink party or they themselves felt that TRS is better bet than the Congress as many of them may have been beneficiaries of the welfare schemes that KCR had introduced.

As far as the TRS is concerned, the party honchos are banking on the image of the Chief Minister rather than the candidates who carry a frontload of anti-incumbency in many areas. Many of the voters, though not very happy about their local MLA still have some love left for the party and KCR.

But this time, in Telangana, the EVMs would have the images of the candidates too on the machines along with the party symbol which may work against the TRS since the voters by looking at the MLA might on impulse, decide against voting for the TRS.

Had there been only the symbol, the image of the MLA or the candidate may not have come up in their mind to change their decision. This is a big worry as many MLAs have fallen out of favour with the voters.

All said and done, it is likely that those who have been individually benefited by welfare measures would vote of the TRS which is again a huge number. Unless the voters want systemic changes in the governance rather than band-aid treatment to their economic problems, it is likely that the TRS would continue to have an edge over the People’s Front, which should be commended in rising up to the occasion and giving a stiff fight to KCR.

When the Assembly was dissolved on September 6, the Congress was an underdog. It was ill-equipped and ill-prepared to face the election. But after joining hands with the TDP and roping in TJS, it had risen fast and now is being considered a force to reckon with, knocking out the confidence among the pink panthers that their tally would be 100 plus in the elections. #KhabarLive