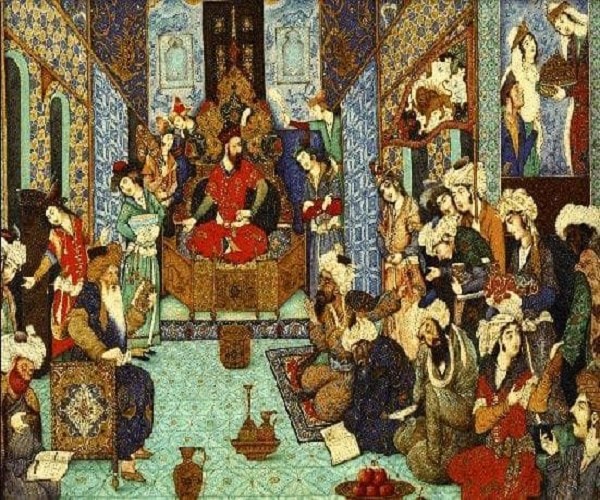 Dakhni, a non-literary Indo Aryan language usually seen as “Southern Urdu”, is spoken across the entire Deccan and beyond, and is primarily associated with the city of Hyderabad. However, the language is widely spoken across Namma Bengaluru as well, even if it isn’t necessarily part of most portrayals or depictions of the city, or even popular local consciousness.

While around half of what can roughly be called Hyderabad’s core city (i.e. Hyderabad district) speaks Dakhni natively as per Census data (at 43.5%), non-native speakers use the language as a lingua franca as well, forming a cornerstone of local Hyderabadi identity.

In highlighting the language’s ties to Hyderabad, however, there is a tendency to view Dakhni as having a unique base in the city. In doing so, Dakhni’s other major urban varieties, varieties with their own urban presence, history, and patterns of usage, are overlooked.

Dakhni’s urban presence in Bengaluru
Hundreds of kilometres from Hyderabad lies the Deccan’s largest urban centre – Bengaluru, the capital of Karnataka. 12% of the city identified as Urdu speaking in the 2011 Census, and the Urdu most speak is a local variety of Dakhni, often called Banglori Urdu.

Banglori Urdu differs significantly from the variant popularised through Hyderabadi media and pop culture. Dakhni is not central to local identity in Bengaluru the way it is in Hyderabad, nor does it serve the role of lingua franca throughout the city, but it is still a fixture of everyday life and has a prominent place in the city’s linguistic landscape.

Bengaluru’s Cantonment, originally a military township established by the British in 1806, has an especially large concentration of Dakhni speakers, a presence that dates back to the early days of the Cantonment itself. In fact, the township was long referred to by its own name in local Dakhni – lashker, or “army camp”, a literal translation of the word “cantonment”, a name still used by many older speakers.

Dakhni is also spoken in South Bengaluru, by communities who live alongside Kannada speakers. In this part of the city, the language is primarily only used by its native speakers, since Kannada functions as a lingua franca. Many of these families trace their roots back to across erstwhile Mysore State, from Chikmagalur to Davangere, and their speech is influenced by Kannada.

Dakhni’s demographic presence here is quite limited in comparison to in the Cantonment. Famous Kannada poet KS Nissar Ahmed, RJ Danish Sait, and singer Lucky Ali are some well-known speakers of Bengaluru Dakhni. Sait’s popular series of prank calls features many sketches in what is essentially thick Bengaluru Dakhni.

Interestingly, Bengaluru’s urban landscape also features a handful of Urdu inscriptions, some with a noticeably Dakhni touch. The 19th century Tawakkal Mastan dargah in Chickpet, for example, one of the city’s oldest dargahs, features a slab with an Urdu inscription recording the death of one Murad Bibi. The inscription features the word form ku instead of Standard Urdu ko, a distinctively Dakhni trait found in both Dakhni classical poetry as well as the speech of modern speakers.

Some features of Banglori Dakhni
Varieties of Dakhni maintain a high level of mutual intelligibility across the wide geographic distribution of the language, and this applies to basic vocabulary, grammar, prosody, pronunciation, and more.

Distinctively Dakhni features – ones that set it apart from north Indian Urdu – are generally common across these varieties too: function words like ku, the -ān plural marker, the usage of nako for negation, framing reported speech with kate, the pronunciation of Arabic and Persian q as kh, and more, feature across the Deccan. That said, regional dialects can be quite distinct.

A characteristic feature of Banglori Dakhni is the high frequency of the word particle so, used at the end of sentences. The word is meaningless by itself and is primarily used to add emphasis.

Dakhni’s linguistic diversity is, to a large extent, influenced by the different languages its speakers are surrounded by, languages part of their daily social environment. In Bengaluru, these languages are, as we’ve seen, Tamil in the Cantonment, Kannada elsewhere.

These languages have also influenced the prosody of local Dakhni, lending it a certain rhythm and cadence. This adds a fascinating extra layer to Dakhni’s existing linguistic variation, as exploring its dialects necessarily involves looking deeper into each speaker community’s own language contact dynamics with its neighbours.

Dakhni’s prestige in Bengaluru
All Dakhni speaking communities across the Deccan are characterised by their usage of Standard Urdu, based on north Indian literary varieties, as their written and formal language. This binds them to the larger Urdu literary sphere and its developments, centered firmly in far off north India.

In addition to not being a lingua franca in the city, Dakhni in Bengaluru also lacks the prestige it does in Hyderabad, something that has a direct, conspicuous effect on the way Dakhni speakers choose to use their language in public.

Urdu was a key element in the formation of Hyderabad’s urban culture and Dakhni became central to the city’s very identity; the language never played play a similar role in Bengaluru’s own development. Speakers in Bengaluru often choose to moderate the “thickness” of their Dakhni, adapting it to a form closer to Standard Urdu while interacting with people from other communities, often subconsciously. This is especially pronounced in commercial interactions with north Indian speakers of Hindi, where Dakhni speakers accommodate their speech variety to be more intelligible.

In many ways, this serves to further reduce the presence of Dakhni in the city, diminishing its visibility while reinforcing the common assumption that Dakhni is “just broken Urdu”. This is in stark contrast to the situation in Hyderabad, where Dakhni is used freely in public, even among non-native speakers; Standard Urdu is only resorted to when the other party doesn’t understand uniquely Dakhni word forms and sentence patterns.

In the Cantonment however, with its distinct settlement history and demographics, Dakhni can be widely heard in public communication, and the language enjoys a higher level of prestige. Speakers in the Cantonment do not see as much need to adapt to Standard Urdu in public communication as elsewhere in the city, and Dakhni, even its thicker versions, can easily be heard.

Unfortunately, speakers of Banglori Urdu are often ridiculed by speakers of Hyderabadi Urdu for the many characteristically Bangalori features of their Dakhni, a good example of how linguistic hierarchies of prestige can – and do – exist even within non-literary languages.

Institutional support for Dakhni in Bengaluru
In addition to its presence in the city, Dakhni also enjoys support from various local institutions. While admittedly, most of them primarily focus on the growth and study of Standard Urdu, they also do their part for Dakhni. One institution is the Karnataka Urdu Academy, whose mandate includes the promotion of Dakhni Urdu. The Academy gives cultural events featuring Dakhni some backing.

ALSO READ:  Should Employees Be Collateral Damage Of Unsustainable Growth In Startup Layoffs?

The Academy also publishes Standard Urdu and Kannada editions of classical Dakhni literature to bring these works to a wider audience. Notable among these is the Kannada translation of Ibrahim Adil Shah II of Bijapur’s Dakhni masterpiece, Kitāb-e-Nauras.

Another important institution is Bangalore University. Its Department of Urdu has been carrying out important research on Dakhni, most notably under its former Head of Department Professor MN Sayeed, a prominent scholar of Dakhni who personally initiated many students – many of whom are now professors of Urdu specialising in Dakhni in their own right – into the field of Dakhni research.

Classical Dakhni literature is even taught in the University’s MA Urdu course. Prof Sayeed, now retired, also runs his own dedicated centre for Dakhni research, the Centre for Daccani Studies. Even now, at the age of 79, he continues to do important research on classical Dakhni poetry.

In associating Dakhni with Hyderabad, a lot of the valuable work and research being done on the language in Bengaluru at these institutions and more, particularly relating to developments in Karnataka, is overlooked.

Dakhni as part of Bengaluru’s urban fabric
It’s easy to forget that south India’s cultural diversity – and by extension, its linguistic diversity – applies to its urban centres as well. Most residents of Bengaluru know of the city’s multilingualism, as a city with a shared Kannada, Tamil, Telugu, and Urdu heritage; Bengaluru’s multilingualism is an integral part of their lived experience in the city.

However, in defining local Dakhni in relation to Standard Urdu, the unique features that make the Bengaluru dialect what it is as well, as its own history, are ignored. This is even if they know of Hyderabadi Urdu and acknowledge it as distinct from Standard Urdu.

Appreciating Bengaluru’s variant of Dakhni for its place in the city’s urban fabric, for its history in the city, and its patterns of usage, can offer Bengalureans deeper insights into their own city’s rich diversity, how the city – especially the Cantonment – developed over the centuries, and how different communities navigate communication in Bengaluru.

Doing so can also help Bengalureans develop a broader awareness of their own city and the various facets of its very identity. Plus, as translation efforts have shown us, understanding modern Dakhni can serve as a link to understanding the courtly Dakhni poetic tradition of the Deccan Sultanates better. #KhabarLive