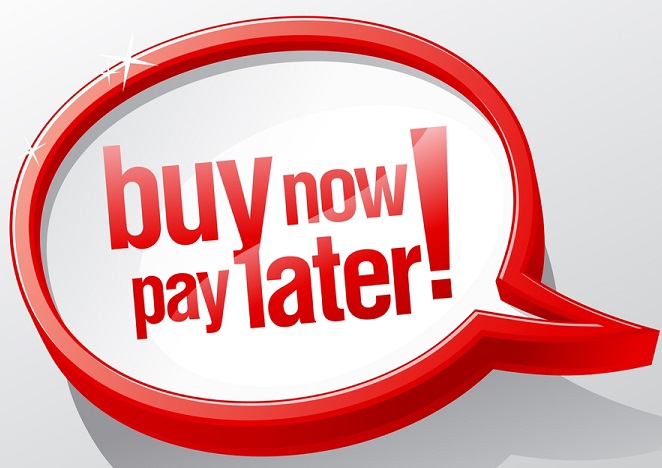 The latest trend in online business is very much clicked in ecommerce portals. Consumer credit is rising. Given the enormous liquidity being pumped into the system, consumer credit and debt is headed for disaster.

But it should be highlighted that economic euphoria may be taking over the market right now, driving up demand. However, given the public’s crippled financial capacity owing to pandemic-related health costs or rising crude or gasoline prices, it is reasonable to expect debts to continue to climb indefinitely.

In light of easy credit, the “Buy now, pay later” concept has swept the credit business. While it is undeniable that such choices are rising in favour, several analysts have warned of increased default risks in the future. This is owing to the lack of credit checks and the “opaque” debt reporting mechanism currently being used.

The BNPL system does not scrutinise consumer credit histories. This mechanism can cause lenders to undervalue borrowers’ debt levels when evaluating fresh loan applications. This implies that the system is based on a frail monitoring mechanism that might cause a massive credit bubble. Consumers are also at risk of accruing greater credit card debt. In order to pay off past “buy now, pay later” (BNPL) obligations, a consumer may overspend, resulting in new credit card debt.

The BNPL system is strongly integrated into the economy as BNPL service providers frequently partner with retailers, both online and offline. This allows users to pay in future instalments.

This payment option is gaining appeal among younger investors due to the economy’s flexible lending policy. In response to the growing demand for BNPL services, more businesses have begun offering them.

But what will cause future increases in consumer debt? As a first point, the sector’s debt performance reporting is “obscure” and the debt monitoring mechanism is non-existent due to the absence of background credit checks Worse, many of these service providers do not report usage to credit bureaus, thus complicating the matter. Notably, BNPL debt is rarely visible on borrowers’ credit files. Growth in consumer debt can cause havoc on the economy as a result of this.

For big-ticket items like electronics, furniture and appliances, instalment plans or classic “BNPL” services were previously employed just for big-ticket items. This is because the latest “buy now, pay later” programme is aimed at younger, tech-savvy consumers.

More loathsome and uneventful sweets than credit cards and ordinary instalment loans make the whole plan even more nefarious and unpleasant. It has low or no interest rate, no late fee, and huge loan limitations that these technological apps offer as sweeteners. It also doesn’t require any credit checks. Deduced from the foregoing, this is clearly a formula for economic doom.

Also, organisations that provide such services do not have to bear the weight of the consequences. Consumers who don’t read the terms of borrowing could be negatively affected by this plan.

Rescheduling payments or being charged more owing to inadequate information are examples of potential costs. However, such borrowing might lead to an endless debt cycle. Without timely payment, Bnpl users may find themselves in danger. With credit cards and other strange methods of debt financing, many BNPL customers will be forced into a vicious cycle of debt.

Because of the pandemic, online purchasing has increased dramatically, leading to an increase in non-performing loans. Analysts warn that the rise in such services is related to the convenience of application and low cost of borrowing, in addition to lenient credit policies.

Because the system relies on a fragile monitoring mechanism, its failure might imply economic disaster. An economic bubble is becoming more likely as new platforms like Phonepay enter the market. As a result, authorities must take control of the situation. #khabarLive #hydnews