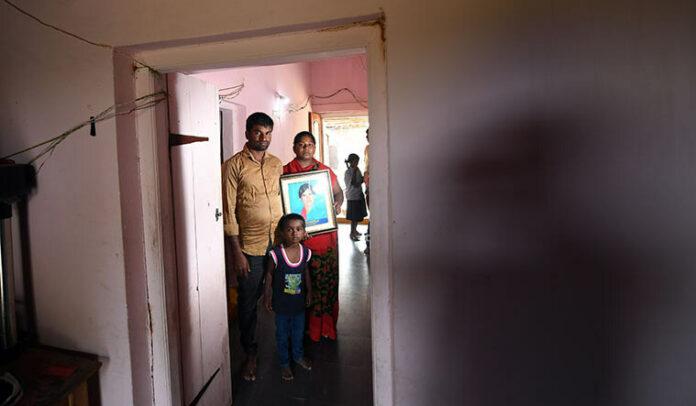 Unique signs welcome you to Dhebbakuntapally, a village near the temple town of Yadadri—50km from Hyderabad. Thousands of devotees visit the Lakshmi Narasimha Temple on a hillock in Yadadri everyday. A narrow road from the town leads to nearby villages and fields. From there the colour of the territory changes from saffron to red. At almost every junction, red flags and arches with revolutionary slogans inscribed on them could be seen. The region, at one point of time, was a breeding ground for the Naxalite movement.

Today, Dhebbakuntapally, with a population of about 3,000, is living in fear of a “ghost”. Neither the temples nearby nor the left ideology in their blood could provide them solace. Many villagers claim to have encountered the “ghost”.

It all started when a 60-year-old widow, Susheela, who lived in the scheduled caste colony in the village, committed suicide. Her son Praveen Kumar and his wife, who were staying in Hyderabad, relocated to the village after the tragedy. Soon, Praveen came to know the many spooky stories associated with his mother, from his neighbours and extended relatives.

Narasimha, a mason who lives in the village, claims to have met Susheela’s ghost one night. “I was having dinner and she asked for food,” recalled Narasimha. “I refused initially, but she kept on insisting, and finally I gave her food. After that she asked me to accompany her to the backyard. When I started smoking, she got angry, shouted at me, and left the place.”

Praveen’s wife, Pranathi, told me the story of a boy who had an encounter with ‘Susheela’. “The boy saw my mother-in-law on top of a water tank at night,” she said. “She beckoned him. Before he could reach her, something stopped him. He fell ill the following day.” There have been other sightings of Susheela, dancing near a graveyard, asking for water and the like.

Praveen is a dispirited man now. His relatives and other villagers have shunned him and his family. “They have ostracised us,” he said. “I had to keep my mother’s photos hidden as neighbours were scared to even see her photo through the window of our home.”

The SC colony wears a deserted look in the evening. People do not venture out after dark. Knocks at the doors go unanswered. To ward off the ghost, villagers light bonfires, keep broomsticks outside their doors and apply vermilion on the front doors. Interestingly, the superstition has a communal angle also. While Praveen and his immediate family members are Christians, his extended relatives and other members of the SC colony are Hindus. His Hindu relatives and neighbours have been insisting on seeking the help of a sorcerer to perform some rituals at his house. “They want me to spend Rs15,000,” said Praveen. “I do not want to do it. My religion does not allow that and I do not have the money.”

Praveen’s uncle K. Srinivas is a strong proponent of the ghost theory. “People started falling sick for no reason,” he said. “I saw the ghost of Susheela in my dreams and she tried to strangulate me. For the next three days I was bedridden. The truth is that Susheela’s body was not disposed off properly, as the rituals were not performed. That is why her soul is wandering in the village.”

There is a caste divide, too, on the issue. On the other side of the road separating SC colony are houses of people belonging to forward castes. “These are just useless talks. My field is near her grave and I have not seen anything,” said Jaganmohan Reddy, who belongs to the forward caste. “These people drink a lot and discuss about ghosts, and that is leading to them imagining bizarre things.” Others who live nearby share his opinion. And the dalits are not impressed. “I really hope that the ghost haunts you,” said Srinivas, one of them. “For all the problems you [forward caste] people create for us, you deserve to see the ghost and not us.”

The police have tried to sort things out in vain. They visited the village and counselled the villagers. “I tried to give confidence to the villagers by telling them that some of her belongings was with us for a few days after her death, and even then we could not see anything abnormal,” said Sub Inspector P. Ranjith. “There is no issue at all, but some of the villagers are spreading panic.”

Even the Atheist Society of India has not been able to convince the villagers. Its state president B. Naresh spent time at spots which were said to be haunted. “I took them around and showed them some video clips to prove that there are no ghosts,” he said. The confidence he gave disappeared like the ghost, the moment he left. #KhabarLive