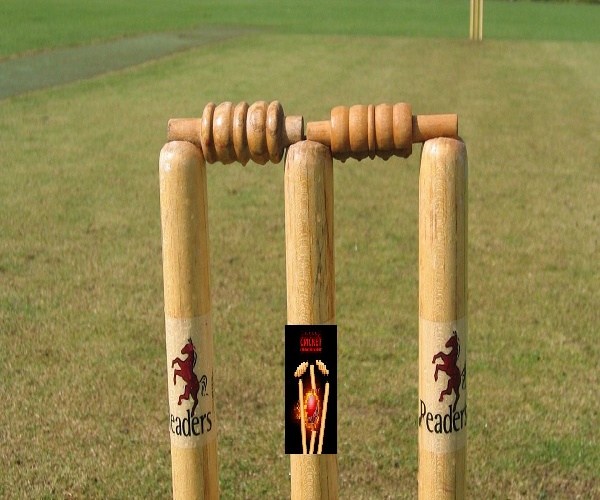 While there is the risk of increased scrutiny, players seem to be open to providing increased access to their private spaces. Top ICC officials have recently said they are in favour of stump microphones being turned on at all times during the broadcast of the world cup in England this summer. Tournament director Steve Elworthy and the ICC’s CEO Dave Richardson have floated this idea.

Currently, ICC guidelines say the volume of the stump mics must be turned down when the ball is dead or not in the play. Elworthy and Richardson are of the opinion that if the volume is turned up at all times, it will bring cricket fans closer to the game.

The stump mic issue has been debated for more than a year. When India toured South Africa during the 2017-18 season, clips of M.S. Dhoni instructing bowlers and manoeuvring field placements were circulated. We also heard other Indian players sledging or making funny remarks to the South African players.

While there was nothing controversial in those conversations, it was unprecedented for cricket fans to have such access to on-field chatter; so much so that commentary would stop and the fielding team’s chatter would take over. While cricket fans enjoyed it, cricketers and those associated with the sport were uncomfortable.

Eavesdropping or in the interest of the game?
Former Indian cricketer and commentator Sanjay Manjrekar highlighted it in March 2018 while Australia was playing a test series in South Africa, soon after India’s tour finished. He termed the South African broadcaster’s move as eavesdropping, juicy gossip for entertainment. He felt it had nothing to do with enhancing the game.

Another former cricketer-turned-commentator Micheal Holding said, “If the public needs to hear the players on the field, it simply means the product being offered has a problem.”

Questions remain on how much of the conversation between players should be broadcast to the public. Is it in the interest of the game or does it make it more ‘entertaining’?

International cricket today – both in form and look – has largely been shaped by broadcasters. Because of the large amounts of money they invest into the game, broadcasters have been able change the way the game is presented.

In the late 1970s, Australia’s Channel Nine World Series Cricket revolutionised one-day cricket. Some of the most exciting things that we associate with the game today – the white ball, different coloured kits and flood lights.

The introduction of third umpire replays, 3D graphics, hawk eye, hotspot, which later lead to the DRS rules (which was resisted by some Indian players and the BCCI initially) are significant examples of technology becoming essential to the televised sport.

Even the introduction of T20 cricket was to make the game more audience friendly, a three hour blockbuster package. So, can anyone afford to resist the broadcasters’ interests and their economic leverage?

ALSO READ:  Many Dying As 'Cross-Infection' Explodes At Osmania General Hospital In Hyderabad

It is unlikely that only social media reactions resulted in the ban. On-field officials monitor these instances and take action accordingly.

But Manjrekar’s anxiety is also true. After Australia’s Steven Smith, David Warner and Cameron Bancroft were banned for a year for ball-tampering by the Australian cricket board, many cricketers felt it was too harsh. The media, cricket fans – including the Prime Minister of Australia – reacted strongly to the incident.

Today, players are not only expected to play to the standards of the code of conduct but also live up to the benchmark set up by fans and consumers of the game. When there are high stakes to win, players push the boundary between gamesmanship and sportsmanship. The danger of social media reactions to these events evoking an emotional response or a premature decision exists. In such a scenario, are players ready to adapt to the increased exposure?

Surprisingly, there are enough examples that they are. Players use social media and other platforms to increase their brand value. Many players don’t mind if the volume of stump mics are turned up. Virat Kohli said it doesn’t affect him, as did Dhoni. The wicket-keeper quipped, “Half the times they are using my comments, so why not now”.

ALSO READ:  Hyderabad, A Place Of Crafts, Conquerors And Continuum

While increasing the volume of stump mics and how social media is used by sportspersons might sound different, at the core they are about commercialisation of what used to be ‘private’. This expansion is motivated by turning private experiences into commodities.

It looks like players are ready to take some risks that come with increased surveillance and scrutiny. International players (unlike many of us) are regularly groomed by authorities to handle the scrutiny better, except the occasional lapses (Hardik Pandya and K.L. Rahul’s Koffee with Karan episode).

Rishabh Pant and Tim Paine’s banter was caught on the stump mic, but it turned into comic relief when Tim Paine’s wife shared a photo of Pant with her kids, captioning it ‘Best Babysitter’. More of these viral moments are in the interest of players, as well as broadcasters. The world cup in England is a good place to start this experiment.

In a world where there is increased awareness among players that it’s all part of a spectacle, players are ready to step on to the stage, make their move and be noticed. Risks in showbiz, after all, are part of the game. #KhabarLive