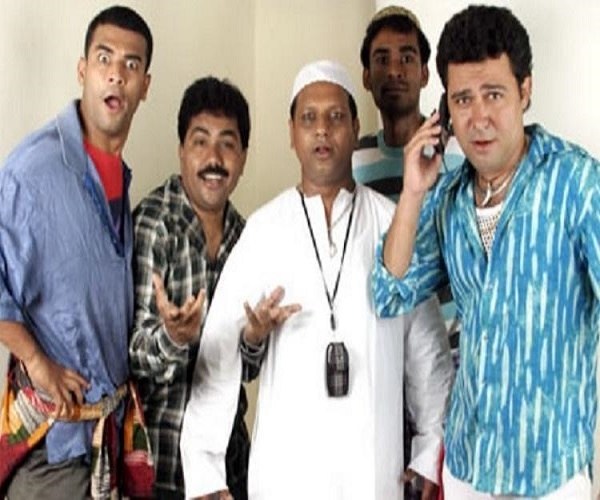 The year was 2005 and a bunch of youngsters from Hyderabad were scouting to find a producer who wanted to film a movie that resonated with the culture of Hyderabad’s Old City. After narrating the script to over a dozen of them, M Sridhar Rao, a popular Telugu producer, finally accepted to bankroll the youngsters’ efforts.

The film had no stars in its cast, the team did next to zero promotions and most importantly, the movie was slated for release in only a minuscule number of theatres in Hyderabad. At a time when theatrical promos and YouTube releases were becoming a rage, the film’s crew passed on pamphlets inside newspapers, and waited outside theatres to gauge people’s reactions.

The film turned out to be a dud during the first weekend. Thinking their efforts had gone down the drain, the makers retired to their respective homes but a phone call on the following Monday changed the course of fate for the youngsters. The movie started to run houseful and soon theatres became jam-packed across Hyderabad.

The film ran not just in the city, but even in parts of Maharashtra and Karnataka. Angrez, the first movie that gave birth to the Dakhini industry in Hyderabad, became a smash hit and ran in theatres for close a year. Interestingly, the movie was directed by an NRI, Nikkil Kuntaa.

The Dakhini industry revived the Deccani language in Hyderabad with a string of releases beginning with Angrez in 2006. The films soon became a rage not only in Hyderabad but also in theatres in Karnataka and parts of Maharashtra. The industry became an ode to the Deccani Urdu, a mix of Hyderabadi Hindi and Urdu, giving the actors from the city a platform to show their acting prowess.

Ghosh, Irani chai and Charminar
Any true Hyderabadi, who has binge-watched Angrez and Angrez 2, can never forget Ismail bhai, the local gang leader who left the viewers in splits with his slapstick comedy and strongly accented Hyderabadi Urdu. Ismail bhai led a gang who whiled away time with routine gossip and sipping tea at local cafes, engaging in babble and talks of bravery.

Speaking to #KhabarLive, DC Srivastav, who played the role of Ismail Bhai, recollects the days of filming the movie and claims that after Hyderabadi Biryani, the essence of the city still resonates with Angrez.

“2004-05 was the period when the IT industry was slowly blooming in Hyderabad. There was suddenly an attempt to westernise the city and there arose a cultural conflict. So Angrez became a satire that captured the language and culture of the Old City and the supposed willingness of the educated youth to adapt to a more polished way of life,” Srivastav explains.

The Dakhini film industry was born out of a pure vigour to bring the culture of Hyderabad’s Old City on screen. Starting from Angrez to Hyderabad Nawabs to Dubai Return and Gullu Dada, the Dakhini movies have all revolved around the Hyderabadi’s love for chai and ghosh (meat), routine scuffles at the Charminar and hilarious gang wars that formed the plot for a majority of the movies.

“The landscape, language and aesthetics that were distinctly Hyderabadi propelled an explicable love for the Dakhini movies,” says Vamsi Reddy, a film expert and professor at the IIT-Tirupati.

“The Telugu film industry hardly made any attempt to reflect upon Hyderabadi culture. The landscape was always limited to the Old City of Hyderabad, sometimes moving to the so called ‘new city’ such as Hitec City, Madhapur and Banjarahills. Language was the main soul of this genre. They deployed Hyderabadi Urdu, ghazals, shayaris and vocabulary that were distinct to the Old City, ” Vamsi adds.

Most importantly, the Dakhini films were an engaging yarn, which didn’t believe in preaching to the audience or attempt to look too clever. The scenes where Ismail bhai in Angrez2 unsuspectingly relishes the soup with the goat’s bile in it, are gross but funny, asking the audience not to read too much between the lines.

The industry kicked off with no godfathers and zero production houses, but garnered fans from not just the Urdu/Hindi speaking populace of Hyderabad but from around the world. The industry, in 2016, came to be known as Dollywood, after the Central Board of Film Certification (CBFC) started issuing censor certificates with Dakhini as the language.

“Angrez still has a wide fanbase not just in Hyderabad, but even in countries abroad. People still recognise me as Ismail bhai and we still repeat among friends the one-liners that became a rage after the movie. Ismail Bhai, Saleem Pheku and Jehangir- all three of us still receive the same adulation from our audience,” Srivastav says.

Not just cinema
The Dakhini industry not just identified local talents as actors but also created a sensation on the internet. Abrar Khan, the hero in Dubai Returns, is popular among the city’s youth as an actor and is also the proud founder of the most subscribed Hyderabad YouTube channel, Hyderabad Dairies. The channel today has 502K subscribers and it features a short weekly comedy video on everyday life in Hyderabad. No other industry produces content that is so relatable to the life of each of their viewer, opines Abrar.

“Deccanwood has its own essence, own flavour and no other industry can capture it. I began my channel as part of my passion for filmmaking, but as Hyderabadis began liking our work, I continued making the videos,” he adds.

Even though the Dakhini movies and videos largely imitate the life of the people in the Old City of Hyderabad, not once have they been criticised for propagating stereotypes that have been offensive to any community.

“The Telugu film industry never bothered to check upon the Dakhini culture as a cultural resource. Whenever they get minor representation, it would always be negative characters, mocking the culture and language. In that sense, the Dakhini films brought out the other side of the story. Popular perceptions of the Old City of narrow lanes, poor Muslims, Muslims who were always doubted for their commitment to the country, under development, slums etc are deconstructed and instead of these, they show the beauty of Dakhini language/dialect and the culture,” Vamsi Reddy opines.

The gradual decline
Beginning from Angrez to Dubai Returns, the DVDs and CDs for the movie were sold in the areas of Mehdipatnam and Old City like hot cakes. Though the industry had its own milestones beginning from 2005, over the past couple of years, the Dakhini industry has not been at its prime. And the reasons for this gradual decline are many.

Seshu KMR, the director of 127B, the first horror movie of the industry, says that there has been a huge difference in the way films are distributed and promoted in the past few years. Also, with the sprawling of multiplexes in the city, the audience’s choice of movies took a U-turn.

“The industry does not have any production houses of its own. The cost of producing films has increased manifold and hence the producers are unwilling to pay to publicise the films. My film, 127B, was not well-received at the box-office, but had a million views when released on YouTube. The industry is riddled with repetitive slapstick comedy and a few famous actors, who are not able to recreate the magic of the movies from 2005-2010. The pulse of the audiences is changing which the industry is not able to effectively tap into,” Seshu opines.

“Due to excess production and mediocre production values, the genre is in crisis,” Vamsi adds. “Even marketing wise, the genre faces trouble as the industry is limited to Hyderabad. But Hyderabadi movies and videos are quite popular in YouTube now. If channeled in the right way, the Dakhini films can cross borders and offer stiff competition to industries that run less on content and more on financial security.” #KhabarLive