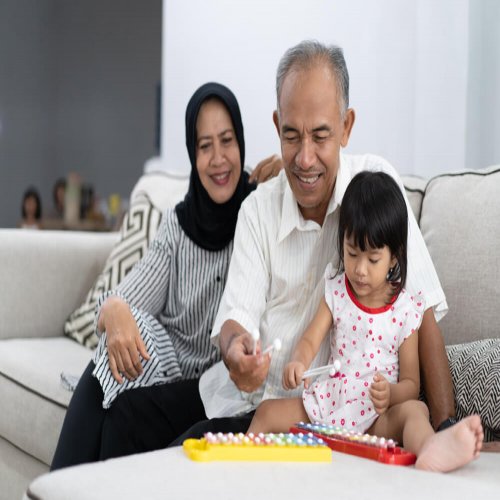 The Indian parents raise their daughters to be obedient. It is not rare to see daughters pampered and then punished when they don’t do what parents want.

The Indian educated, urban, middle and high income society has come a long way from wishing for only sons to loving, educating and providing for their daughters on an equal footing with their sons. In fact, today in many urban families, daughters are pampered and protected more than sons. For example, when a girl goes shopping with her father, he would buy her both dresses whenever she is confused on picking one between the two that she likes!

Unfortunately, many such parents tend to abuse this love at various moments of the same daughter’s life. The same friend whose father bought her more than she asked for, stipulated that she should marry a man chosen by her father “if she loved her father and valued his wishes.”

She did not want to marry that man, but she did, as a cultural payment for her parents love.

“You owe it to us”
“We have worked hard for you, loved you to the moon and back, sacrificed all our life for you and this is what you give us in return?” How many times have we heard this from parents in Indian movies and from parents in real life?

Right from what clothes the girl wants to wear, to who she wants to be friends with, to what course she wants to choose to educate herself in, to the fact that she might want to work and make her own money/identity and to whom she wishes to marry (or not marry!) parents use their ‘life’s sacrifice’ in bringing her up to drive home the point that at every single stage of her life SHE is expected to sacrifice her own wishes in return for their sacrifices. Quid pro quo.

And what’s more – it is perfectly acceptable in Indian society for parents to expect this, and the daughters to respond to it again and again and again. The day she refuses to sacrifice her wishes, she is labeled a bad daughter, a heart-breaker, born to ruin the family’s reputation and unworthy of her parent’s sacrifice.

Not one person stops to think about the morality of these expectations, nor questions the limits to which the daughter should go on sacrificing her wishes to be called a ‘good daughter’.

Normalising emotions
While the subtle (and many times, not so subtle) abuse of the in-law’s family is well written about and even acknowledged in modern times, it is this subtle abuse by parents of the girl child that is too holy to be unveiled. After all, they love their daughter and want the best for her – how dare we to question the purity of their love? After all they want the best for their daughter, so if they stop her from wearing something or going out with someone surely it is for her own good. So what if they use their sacrifices as a lasso to stop her from living her life? Their intention is to protect her and keep her safe and happy.

When we question this, we’re NOT questioning their love or their intentions. The question is on their METHODS.

They not only are oblivious to the harmful effect of the psychological guilt tripping that they apply on their daughters but they also never realize that by constantly connecting her behaviour to their sacrifices, they condition her to feel guilt for the rest of her life if she chooses to disagree with her family. It is the effect of the expectation and habit of sacrificing for her parents that makes her believe that it is ‘normal’ for her to continue sacrificing for her husband, her in-laws and her children – forever.

Generational differences
In most cases the disagreement between what the parent wants and what the daughter wants arises due to a difference in point of view. Wearing jeans is OK; going to a party is OK; being friends with male co-workers is OK! Parents need to move with the times and talk with their daughters on what is OK with them and what is not. They have to make an effort and learn to leverage technology (GPC tracker, trigger alarms) to align what their daughter wants to do with their level of comfort.

In the cases where they are a 100% uncomfortable letting her have her way and they want to prohibit her from doing something, instead of using their life’s sacrifices as a reason to influence their daughters, it would be so much more healthy and moral if they treat her like an adult and talk logic with her – ‘I do not feel comfortable because of such and such reason so I don’t want you do it because if I am right, it will not be worth the risk.”

By doing so, parents will demonstrate that they trust her and respect her wishes. They will give her the message that she IS trustworthy and SHOULD expect respect from the people that she loves.

The confidence that this type of upbringing instills in their daughter will take her a long way in identifying the balance between giving to her family and receiving from her family – a value which will empower her to ensure her own happiness. Without this fundamental empowerment, all the dresses in the world mean nothing in the end. #KhabarLive #hydnews