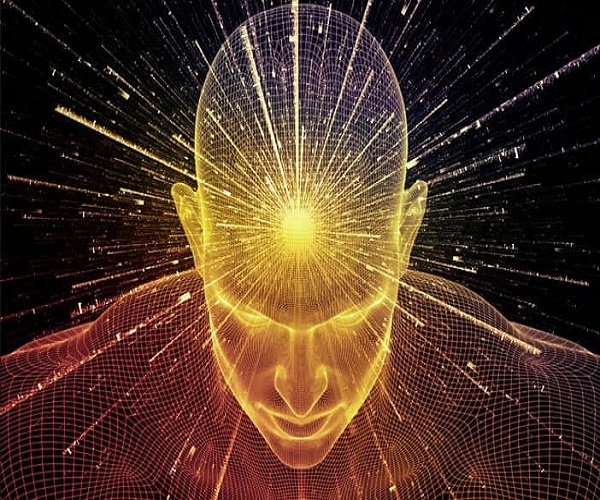 Experts say psychedelic breathwork can ‘blow your socks off’. In an attempt to escape the ever-increasing stress of life in 2020, I laid down on the floor of my Northern Californian cabin on a recent Saturday afternoon and did something not uncommon in this corner of the world: I tried to enter a psychedelic state of consciousness. The catch is, I didn’t take any drugs.

Following a guided video, I did a practice known as “psychedelic breathwork,” a method of controlled breathing that’s meant to stimulate a psychedelic experience and spark a greater awareness of one’s emotional state. According to Field Trip Health, the company offering the sessions, the practice, coupled with a 50-minute integration session with a licensed therapist, could help relieve the particular anxieties brought on by life in the times of Covid-19 — and much more.

Based in Ontario, Canada, Field Trip offers in-person ketamine-assisted psychotherapy for depression and post-traumatic stress disorder (PTSD). But like most clinical psychedelic studies and treatments (and, well, everything else in the world), the global shutdown has put their work on pause, potentially at a moment in time when people might need it the most. In response to this bad timing, Field Trip wanted to offer something virtual, legal, and easily accessible to help people cope. Enter psychedelic breathwork.

Using breathing techniques to release stress is not a novel concept. These days, things like mindful breathing, deep breathing, and measured breathing are all purported as helpful ways to deal with the anxiety and uncertainty brought on by the pandemic — or any stressful situation. A growing number of studies show that breathing techniques can help combat anxiety and insomnia on both physiological and psychological levels. Breathing can stimulate the parasympathetic nervous system, which reduces stress, as well as divert the breather’s attention away from destructive thinking patterns.

Psychedelic breathing is a bit different than these more well-known methods, though. Unlike, say, mindfulness, which is meant to simply calm your body and mind, this practice is based on the idea that transcending consciousness can help facilitate deep emotional and psychological healing.

“When you take your analytical mind offline temporarily, the body is so innately wise. When we [accidentally] cut ourselves, for example, we don’t have to tell our bodies how to go in and heal,” says Amber Amendola, Field Trip’s psychedelic breathing facilitator and integration therapist. “So creating that space through the breath, you’re really able to hear yourself and guide yourself in what you need.”

It may sound improbable that breathing alone could have this effect, but Field Trip says it isn’t necessarily blowing smoke — reaching a psychedelic state through breath control alone has been practiced in the Western world for decades. What Field Trip calls “psychedelic breathing” is a mild, slightly altered version of a breathwork modality developed in the 1970s known as holotropic breathwork.

The brainchild of husband and wife duo Stan Grof, MD, and Christina Grof, MD, holotropic breathwork is an intense breathing technique that can allegedly induce a psychedelic state as powerful, vivid, and potentially life-changing as any substance. The Grofs were some of the original psychotherapists using LSD to treat various psychological disorders in the United States. While they (and many others) saw huge success with this method, LSD and similar hallucinogens were banned by the U.S. government in 1968, making it illegal to use them as treatment.

Many psychotherapists gave up on psychedelic healing at that point, but the Grofs began searching for a legal alternative to LSD that might match its efficacy. What they found was that, through certain breathing techniques, a person could reach a fully hallucinogenic state — and that in this state, emotional and psychological healing could occur.

Holotropic breathwork uses intense, circular breathing and drum-heavy, up-tempo music to enter a trance-like state. Sessions are usually done in a group atmosphere and can last up to three hours. The breathing technique is essentially a controlled form of hyperventilating — a sharp, deep inhale through the mouth followed immediately by a sharp exhale with no pause between breaths. Do this long enough and eventually, practitioners say, you tap into parts of the psyche and subconscious that aren’t usually accessible in day-to-day life — and are usually thought to be accessible only through the use of psychedelic substances.

Though it isn’t known for sure, entering this trance-like state is likely due to the change in the balance between carbon dioxide and oxygen in the body caused by hyperventilating — which is also why some believe it could be dangerous. Hyperventilating can cause dizziness, fainting, spasms, and even seizures. However, this is usually caused by involuntary hyperventilation, which happens in response to fear or stress. With holotropic breathwork, the breathing is under control and can be stopped at any time.

What’s even less understood is why prolonged periods of rapid breathing coupled with intense music can induce a psychedelic experience on par with some of the most powerful hallucinogens out there. A 2018 review of the psychophysiological effects of breathing speculates that it could have something to do with a change of activity in the default mode network (DMN), the area of the brain associated with other altered states of consciousness, including meditation, psychedelic substances, and sleep.

Anecdotal and clinical reports suggest that holotropic breathwork could help conditions like depression, addiction, PTSD, and anxiety. Though there aren’t many clinical studies on the efficacy of holotropic breathwork, a 2015 study that examined its effects on behavior found that the technique can increase self-awareness as well as positively alter certain undesirable characteristics, such as novelty seeking, reward dependence, and anger.

In another study, 482 psychiatric inpatients were led through holotropic breathwork sessions at the Stress Center of Hyland Behavioral Health in Missouri. Eight-two percent reported having “tripped out” experiences, according to the study’s author, James Eyerman, a California-based psychiatrist. Another 16% said they relived past life experiences, including two people who experienced their life before birth. Though the study did not record levels of recovery for specific disorders, Eyerman did follow the experience of one 14-year-old boy who suffered from severe major depression and had attempted suicide twice. Nine months after a holotropic session in which he experienced his death and “became the universe,” he was no longer depressed or suicidal, according to Eyerman.

The esteemed Johns Hopkins is launching a pilot study examining holotropic breathwork as a potential treatment for PTSD. “There’s a really good bet that psychedelic substances are helpful for PTSD,” says Matthew Johnson, a psychedelic researcher at Johns Hopkins who is leading the study. “The breathwork study is really promising. And if there’s something there, then there’s the potential for perhaps even broader dissemination than you would get with psychedelic substances.”

ALSO READ:  Expand Your Network While Working From Home

Using psychedelics (particularly MDMA) to treat PTSD is proving to be more effective for some people than any standard treatment. And while it’s still not fully understood why these substances are effective, it’s fairly well established that the strength of the subjective experience is linked to the level of efficacy. In other words, the hallmarks of typical psychedelic experience — such as meeting a God-like entity, feeling that you are one with the universe, or experiencing ego death — could be the key to their ability to heal.

“We’re connecting the dots and saying, okay, people say you can have a similar psychedelic experience with breathwork,” Johnson says. “Therefore, however you get to that experience, maybe that can lead to positive therapeutic outcomes.”

Johns Hopkins and its partner in the study, the Psykia Institute, are still seeking funding and have yet to establish a start date.

Alone on my floor in California, I spent 30 minutes breathing in a controlled, three-beat pattern — one sharp breath into my belly, one sharp breath into my lungs, and a sigh-like exhale to release. Within minutes, my body began to tingle, like a wave of static moving through me, which became so strong I could barely control my hands or face. Focusing on keeping this pattern of breath, I found myself fully at the moment. The outside world dropped away, and I felt present with myself in a way that is hard to come by. It was restorative. I’ll be honest, though: I didn’t reach what is typically considered a hallucinatory state.

But I did walk away with new insights into myself. In my integration session with Amendola, I began to understand how the emotions and thoughts that arose while I was breathing acted as signposts pointing me toward actions I could take in my daily life to relieve stress. And while that outcome could probably be achieved through modalities such as meditation or mindful breathing, having access to one more method during this time of uncertainty and confusion felt like a breath of fresh air. #KhabarLive #hydnews