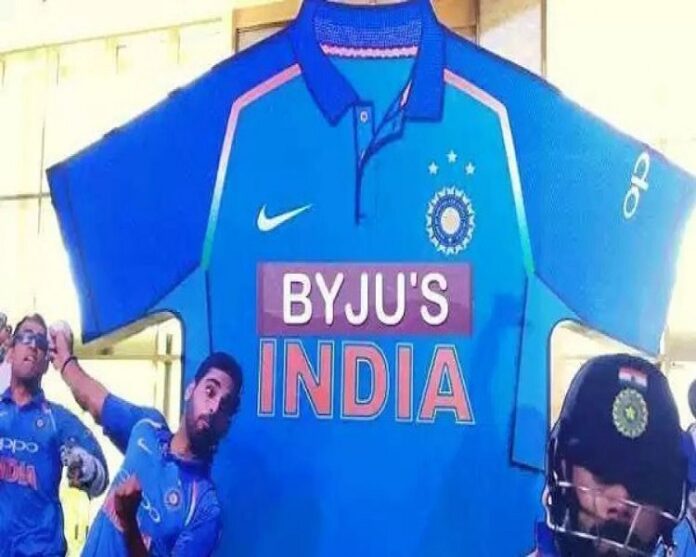 The much hyped Bitcoin exchange platforms are the latest to join the cricket sponsorship bandwagon already in the grip of edutech and real money gaming players.

Cricket press conferences can be predictable and mundane in nature. It can be worse if the speaker, invariably a top cricketer or coach, is a poor speaker.

Recently, virtual press conference called by the title sponsors of the Sri Lanka vs India limited overs series in Colombo was one such — boring.

But if the media had cared to grill the two new-age companies — Unacademy for CoinDCX — who have taken to cricket sponsorship in a big way, the session could have been more interesting.

Most reporters who logged in on Thursday had little inclination to know about why edutech and fintech companies are seriously making inroads into sports sponsorship.

Hence after a few predictable questions to Yuzvendra Chahal and even more anticipated answers, the press conference was over in about 15 minutes.

If cricket is a roaring business today, it’s because of the money edutech companies like Unacademy or Byju’s are spending. Fintech made its presence felt in IPL 2020 with CRED becoming a BCCI partner. Newer players like Upstox are fast emerging.

A new bred of spenders have arrived from the Bitcoin/cryptocurrency space. Whether they will catch the imagination of people is another matter but fintech companies are going full steam to display their wares through all available media channels.

Not sure if CRED were able to make an impact during IPL 2020 with a slew of TV commercials that seemingly lacked imagination and weird.

ALSO READ:  ‍‍‍Feel The Magic Of Urdu Sher And Shayari

CRED, of course, roped in former Indian cricket captain Rahul Dravid in their next series of TVCs. But it was not the brand but the ‘Wall’ who made news for his unusual “anger issues” and it was still not clear if CRED actually profited from the advertisement.

But that’s not stopping fintech companies from jumping into the cricket sponsorship bandwagon. A financially struggling Sri Lanka was perhaps a perfect starting point for CoinDCX. They are the title sponsors of the three-match T20 Cup.

Ramalingam Subramanium, the marketing head of CoinDCX, admitted Bitcoins were new in India and the sponsorship was part of the plan to build awareness.

“Cricket has a mass appeal and it pans across generations. As we see crypto evolving in India, awareness and education is key for sustainable growth. By partnering and sponsoring the tournament, we believe we’ll be able to bring right kind of awareness in the category,” said Subramanium.

Sumit Gupta, the CEO of Coin DCX says: “Almost 30-40% of the audience that watches or follows cricket in India is in their early 20s or 30s and with that viewership as the base, we aim to reach out to the millennial and Gen-Z populations in the Indian market, who have either already invested in cryptocurrency or are curious about or interested in them and hence most likely to consider investing in crypto assets.”

While CoinDCX will be the title sponsors, another company in similar business, WazirX will be co-presenting sponsor for the live streaming of the Sri Lanka vs India series.

Unacademy, which are the title sponsors of the three-match Sri Lanka vs India ODI series, seems to be leveraging its brand name better. It’s marriage with education has been boosted by meaningful association with former cricket stars like Sourav Ganguly.

Unacademy is an IPL sponsor, too. They even wanted to be the title sponsors of IPL 2020 but fantasy cricket operators Dream11 outbid them in a close fight.

“Edutech and sports are actually a natural fit, not just in terms of the demographics but also the way the new generation consumes content. Both students and their parents follow sport, and cricket in particular is massive with a cumulative audience northwards of 400 million for an IPL season alone,” said Karan Shroff, Unacademy’s chief marketing officer.

“Add to this the fact that the younger generation’s involvement with their mobile and computer screens (whether for learning or for entertainment) and their involvement in sport are not mutually exclusive, and we have a winning proposition of reaching out to these new learners who are breaking free of the traditional modes, in their natural habitat in a sense,” explains Shroff.

There is a huge probability that edu and fintech companies may rule sponsorship in the Indian market, if not globally. With real money gaming facing uncertain times in high courts and even the Prime Minister’s Office, operators like Dream11 and MPL may become increasingly circumspect.

Dream11 and MPL, of course have deep pockets with big investors backing them. Both are heavily involved with Indian cricket but deep down they know the honeymoon can end if the government equates the real money gaming business as betting or gambling.

MPL is already exploring the Esports market very seriously and has even tied up with the Indian Olympic Association ahead of the Tokyo Olympics.

From an ease of business point of view, these fledgling fintech and edutech companies have a clear vision, says Bhairav Shanth of ITW.

“The new age tech companies are more open to innovation and know what is the outcome or brand impact they are seeking. Since they operate in a digital environment where everything is trackable, the outcomes can be optimised by selecting the right property,” explains Shanth.

ITW is a leading player in securing sports sponsorships and brand promotion. ITW works with some of the top cricket boards of the world and is also a partner of Sri Lanka Cricket too.

Shanth says: “Typically the brick and mortar brands mainly want brand visibility and are generally risk averse. Digital companies are agile and adaptive, they can tweak or adjust a campaign based on how it is delivering on their desired outcome.

“On the contrary, traditional brands have more of a legacy approach with preset ways of running a campaign. To use a music analogy, we can say one is consistent, sort of like legendary rockers Pink Floyd, while the other is evolving and agile, a bit like the K-pop chart busters BTS.”

The traditional sponsors are surely on their way out. Coca-Cola, associated with football and the Olympics, are long-term global players with billion dollar deals with organisations like FIFA and International Olympic Committee.

The cricket ecosystem is much smaller compared to football or the Olympics. In keeping with the changing times in cricket and a proliferation of Twenty20, the likes of Unacademy, CoinDCX et al are expected to play smart and get the mileage they want. #KhabarLive #hydnews