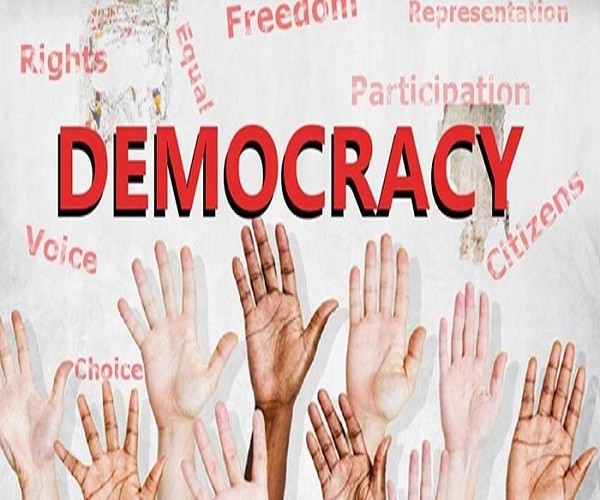 A slew of petitions were filed before the Hyderabad High Court, subsequent to the premature dissolution of the Telangana legislative Assembly, challenging the modus operandi embraced by the Election Commission of India for the conduct of elections in the State.

The predominant aspect of the allegation was that Election Commission of India is envisaging conducting elections in the State of Telangana with a defective voters’ list, which unequivocally militates against the fundamental tenet of Free and Fair elections. I was, fortunately, a witness to majority of the arguments submitted before the High Court on alleged irregularities in the voters’ list.

Section 15 of the RP Act, 1950 obliges the Election Commission of India to prepare electoral roll for every constituency. Preparation of a comprehensive electoral roll is must for ensuring conduct of free elections. Hence, this exercise must be undertaken with utmost circumspection.

Also, Section 21 obliges the Election Commission of India to prepare the electoral roll for each constituency by reference to a qualifying date. However, as per Section 14(b) of the Representation of People Act, 1950 “qualifying date”, in relation to the preparation or revision of every electoral roll under means 1st day of January of the year in which it is so prepared or revised. Therefore, the following contentions, on electoral list, were put forth before the High Court for its perusal and judgment.

1.If the elections are conducted, perhaps, in December 2018 considering the voters’ list with a qualifying date as 1-1-2018 is constitutionally proper or not?

2.If the first-time voters are left out of the total electorate, however trivial the count is, in the imminent elections in the State of Telangana, can such elections be regarded as free and fair elections?

3.Is the six-months limitation under Article 174(1) between two successive assembly sessions is equally applicable for a dissolved house?

Let us comprehend the interpretation of the court and my own interpretation to the above questions in sequence. The Court was of the opinion that the qualifying date, in our case 1-1-2018, was fixed through a legislative device and hence it could not be amended through a judicial order.

However, the court has also held that the process of correction, inclusion and deletion, with the same qualifying date of 1-1-2018, would go on until 3 PM of the final day of nomination. The court has cited Komireddy Krishna Vijay Azad vs. the Election Commission of India in which it had held that the Constitution of India does not embolden the judiciary to continue a caretaker government and hence elections must be held at a earliest possible date.

This proposition categorically means an individual who has attained the age of majority subsequent to 1-1-2018 and who is also not disqualified under any provision of the Representation of the People Act, 1950 cannot vote in the election to be conducted in the same year —-his only ineligibility was his date of birth, as it comes later to the statutorily qualifying date.

In simple terms, even if you were born on 2nd January and attained the age of majority in a particular year you are not eligible to vote in that year as the qualifying date under Section 14(b) of the RP Act is 1st January. On the second question, one of the significant attributes of the Free and Fair elections is the Right of an eligible voter to wield his Universal Adult Suffrage in favour of a political outfit freely and sans an iota of fear.

In a representative form of democracy, the opinion of the people on various initiatives undertaken by the government can be gauged only through elections and hence depriving even a nominal count, of their Right to Vote, would unambiguously erode the trust that the people repose in the principle of free and fair elections.

The incidental contention before the court was if the assembly would have been allowed to complete its normal term, 1-1-2019 would have been the qualifying date and therefore it would have qualified many new voters to exercise their adult franchise. Hence, the petitioners argued before the court to direct the Election Commission of India to conduct elections, in the State of Telangana, only in the next calendar year to enable the new voters to exercise their right. This challenge takes us to the next question.

The Election Commission of India has the sole prerogative to ascertain the conditions prevalent in a State and to determine as to when elections ought to be conducted in the State. The Supreme Court’s verdict in Gujarat Assembly 2002 dissolution case is a landmark case in point.

In the aforementioned case the Supreme Court had held, inter alia, the following:

However, it further held that:

From the above it is as clear as daylight that elections can be conducted to the dissolved House within six months from the date of dissolution of Assembly, in the instant case it is September 6th 2018. This categorically means, elections to the Telangana State Legislative Assembly can also be conducted anytime after 1st January next year but not later than March 6th, 2019. This approach would have provided an opportunity to all voters who attained the age of majority subsequent to 1-1-2018.

The Election Commission of India unambiguously is the sole authority to ascertain on whether the ground is prepared for the conduct of elections under the Constitution or not and none of us are contending that. However, the caretaker Chief Minister would have restrained himself from commenting on the schedule for elections in the State, as it has generated unwanted flak for him and other instrumentalities of the State including the Election Commission of India. It is pertinent to note that, in one of his media interactions the Chief Election Commissioner has termed the aforementioned statement of the caretaker Chief Minister as ‘Preposterous’.

The High Court, however, chose to keep, in pending status, another petition filed before it alleging bogus voters in the State and directed the Election Commission of India to plug any possible loopholes crept in the existing electoral rolls and publish a final foolproof list, by eliminating duplicate and dubious votes, before the date of election.

The Constitution of India is silent on some provisions and hence it becomes a bounden duty on the courts to interpret such provisions broadly and conclusively –as judiciary is the final interpreter of the Constitution of India Free and Fair elections are indispensable for a true democracy and it also forms part of the Basic Structure of the Constitution and hence no discretionary power must be allowed to override this paramount principle. Discretion, if any, if not circumscribed, may lay a seamless path for the tyranny of the majority. #KhabarLive 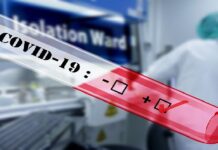