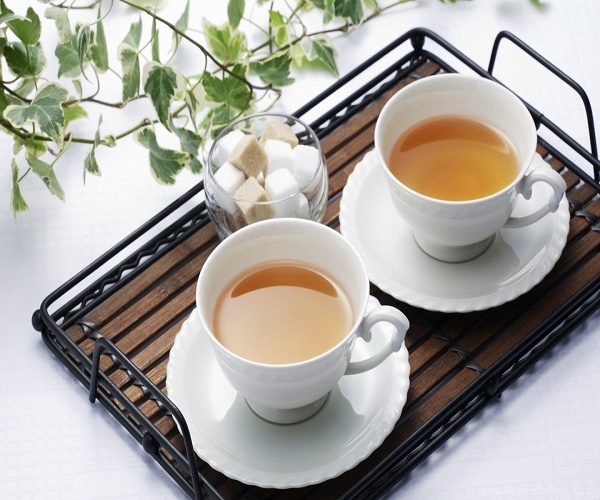 Tata-Finlay Ltd, Tata Group’s tea, coffee, and spices business, was established in May 1963 as a joint venture with James Finlay and Company, a Scottish firm that first came to southern India in 1897. In December 1982, James Finlay and McLeod Russell divested their holdings in the company and Tata Tea was born.

With 53 estates and over 26,000 hectares under cultivation, Tata Tea became the largest tea grower in the world. Its subsidiary—Tata Coffee—was the largest coffee plantation company in Asia. Even during the days of the Licence Raj, Tata Tea was the owner of the largest instant tea factory in the world (outside the US) located at Munnar in Kerala, and the world’s largest exporter of instant tea.

The company became successful on its proposition of “from tea bush to tea cup.” Krishna Kumar, former MD of Tata Tea, explained this core competence.

We had large tea estates where tea was grown fresh. Within sixteen days of manufacturing it reached the consumer. Companies that bought tea from auctions didn’t have this advantage. The auctioned tea itself would have been four months old. From the auction, it would be taken to the packaging factory for blending. All this would take another three months for our competitors. The consumer was not getting fresh tea from them. On that hinged our strategy.

The Tata taazgi
From a predominantly tea-plantation company in the early 1980s, Tata Tea ventured into branded tea in the late 1980s. The company leadership realised that despite having over 50 tea gardens across India, they had the tea but not the brand. Cyclical price fluctuations had made the commodity end of the business loss-making. The real profits were being made by the Unilevers of the world who had very few gardens, but were buying their bulk tea in auctions and selling them in pouches. Darbari Seth, then chairman of Tata Tea, and Krishna Kumar believed that Tata Tea should transition from trading to branding in the long haul. It should be a marketing company, a consumer-led company, for which it needed its very own and well-known tea brands.

Knowing well the pulse of the Indian consumers and their tastes, Tata Tea’s product strategy focused on providing customised brands of tea to suit regional preferences, especially the un-serviced segments. Accordingly, the Brahmaputra brand was sold in north and west India, the Chakra Gold, Kanan Devan, and Gemini brands were sold in south India, Tata Tea Leaf for Jharkhand, and a specific dust tea variant for Odisha… It used over 80% of its tea production for its own branded tea products.

The customer promise across brands was the same—taazgi (freshness), thereby capitalising their ownership of the entire value chain—from sourcing to distribution, which ensured taazgi for the customers. In the early 1990s, one of their ads on Doordarshan became extremely popular with the jingle “Anu Taazgi Dede“ (Anu, give me freshness), where hundreds of men are dancing with mugs in their hands and asking film star Anu Agarwal for freshness. She dances to their tune and sings “Tata ki Chai Lele” (Have Tata Tea)!

Tryst with Tetley
By the late 1990s, Tetley had become the world’s second-largest tea brand (after Lipton) with an annual production of 20 billion teabags. It blended, packed, marketed, and distributed tea globally with three distinct markets—the UK and Ireland, the US, and other commonwealth countries contributing to 54, 26, and 20% of its revenues respectively. Given that it did not have its own plantations, it sourced tea through auctions from countries in Africa, Asia, and Latin America. Due to differences in consumer palates, and uncertainty in availability of specific variety of tea leaves because of monsoon-related vagaries in different countries, Tetley’s final blends were made from up to 40 different varieties of tea from over 10,000 tea estates.

The Tetley brand, which accounted for 85% of the company’s global sales, was positioned as a premium brand in developing markets and at the higher end of the mass market in matured markets. Besides teabags, its product portfolio consisted of instant tea, flavoured tea, decaffeinated tea, green tea, and herbal tea. It annually produced nearly 2,000 crore (20 billion) teabags.

Tata Tea’s first association with the Tetley brand was in 1992 through a joint venture with Lyons Tetley of the UK. Tetley was impressed with the quality of tea it had purchased from Florida-based Tata Tea Inc., a fully-owned Tata subsidiary set-up in 1984. Tata Tea was keen to enter into an agreement to supply instant tea to Tetley’s operations in the US. The new company Tata Tetley Ltd based in Cochin (now Kochi), manufactured teabags for export to eastern European and Middle Eastern markets.

ALSO READ:  #Sponsored: Amazing Gifting Options You Can Vouch For This 'Diwali In Hyderabad'

By 1995, Krishna Kumar was Tata Tea’s MD. In our conversation, he emphasized his convictions that changed the course of the company over the next five years.

It was on track of becoming a consumer-driven company in India. But I soon realised that no company can remain successful or even survive if it remains a pure Indian company. A global world was unfolding. We realised that our marketplace is the world. But how do we get there? It was very difficult to launch our own brands and fight MNCs because it entailed huge investments.

Around that time, Kumar heard that the owners of Tetley wanted to sell their brands. He found a promising opportunity he had been long looking for.

The benefits of an acquisition were evident. If acquired, Tetley would provide Tata Tea distribution access in developed markets across 35 countries, including western Europe and North America. Tetley’s expertise with brand and marketing and Tata Tea’s strong base of plantations in India and Sri Lanka would be symbiotic and integrate the entire value chain. The two brands would also complement each other—Tata’s mass-market brand portfolio and Tetley’s premium brands.

This was the greatest advantage for Tata Tea as building brands in developed countries was an enormously complex and cost-intensive exercise, especially for a company from the developing world. It would also give Tata Tea ownership of an established international brand to compete with HUL in India. Kumar was thoroughly convinced that Tata Tea should proceed with the due-diligence process to acquire Tetley. An opportunity of this kind was unlikely to arise again.

During our conversation, he recalled the attempt by Tata Tea to bid for Tetley.

For making that bid, we had to remit money from India. Those were the days of foreign exchange restrictions, but we received strong support from the Reserve Bank of India and the Government of India, particularly the commerce ministry. They understood that this acquisition would be good for an Indian company and for the country. At Rs1,500 crore, if accomplished, it would have been the first and the largest cross-border acquisition in the history of corporate India.

Tata Tea went through the normal process of a cross-border acquisition—gaining acceptance from the seller, and finalizing mutually agreeable terms on price and payment. Tata Tea’s team was stationed at London during the due-diligence process.

However, there was a problem. “Tetley was three times the size of Tata Tea. We didn’t have the resources for an outright purchase. So, we structured bond-based acquisition financing. However, this was not acceptable to the sellers. I failed. Tetley was acquired by somebody else,” shared Kumar with a tinge of regret in his voice.

Tetley for Tata
Tetley’s new owners were not keen on long-term ownership. In February 1999, Kumar, by then vice chairman, was informed by Arthur Anderson, leading consulting firm, that Tetley’s owners were keen to sell the brand.

After nearly an eight-month-long due diligence, the Tatas gave their final bid for acquiring Tetley in February 2000. This time, its offer was fully backed by financing….The Tatas beat competing interests from Nestle, the Swiss food company. The final acquisition price for the worldwide Tetley Tea business (including their private label tea business in the US), amounted to £271 million (?1900 crore).

The Tetley deal was hailed as the first-of-its-kind in the world. At the time of the acquisition, Tata Tea, a $200-million company, was the world’s largest integrated tea company with an annual sale of 250-crore (2.5 billion) tea bags. It had acquired Tetley, which was nearly four times its net worth.

Many called this “the audacious acquisition of a global shark by an Indian minnow.” Not only was it the largest cross-border acquisition of an international brand by India Inc. but also the first instance of an Indian company resorting to a leveraged buyout (LBO) to acquire an entity much larger in size.

Kumar’s vision of Tata’s global beverage company came true when Tata Tea became Tata Global Beverages and was introduced as such to shareholders at the AGM in July 2010. The new company with a global management structure encompassed all acquired companies and joint ventures and was one big cohesive group of brands, including Tetley, Tata Tea, Tata Coffee, Eight O’ Clock Coffee, Himalaya, and many others.

It had become the most globalised company in the Tata Group with 70% of its revenues coming from international operations, and more people around the world drinking Tata Tea than using Tata vehicles, Tata steel, or even TCS software! By 2018, every single day, 4.5 crore (45 million) cups of Tetley tea were consumed across the globe, making Tata Global Beverages the world’s second-largest tea company. #KhabarLive