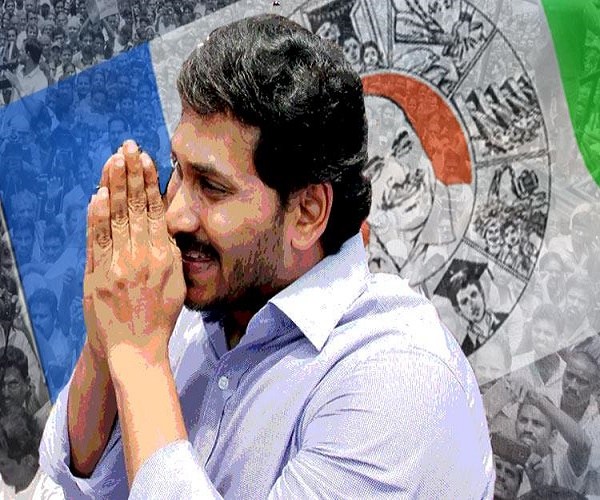 Chief Minister designate and YSRCP supremo YS Jagan Mohan Reddy promised to deliver ‘Rajanna Rajyam’ to the people of Andhra Pradesh, subsequently riding to power on this plank with a massive mandate in the 2019 state elections.

What is Rajanna Rajyam? That is Jagan fondly describing the welfare regime of his father, the late YS Rajasekhar Reddy, former Congress Chief Minister during 2004-09. In a nutshell, it is a basket of nine welfare schemes (Navaratnalu).

“My first and foremost priority is to realise the Navaratnalu scheme,” Jagan told the media just as counting on Thursday indicated that the YSRCP will be forming the new government. The phrase Navaratnalu was coined by his political strategist Prashant Kishor two years before the elections. Jagan is slated to be sworn in as Chief Minister of Andhra Pradesh on May 30.

Rough estimates by economic experts put the cost of the nine welfare schemes at anything close to Rs 60,000 crore. Promises on offer under Navaratnalu or nine gems include increase in monthly old age pensions of up to Rs 3,000 per head; Rs 50,000 to each farmer over a period of five years under Rytu Bharosa; sanction of Rs 1 lakh to Rs 1.5 lakh to each student under fee reimbursement; free medical treatment to the poor under Arogyasri and an incentive of Rs 15,000 to parents for sending their girl children to school. Besides, Jagan is also obligated to continue the schemes implemented by his predecessor.

Certainly, it is a huge burden on the back of an already fragile economy. But Jagan cannot go back on his commitment. He stresses on credibility in politics time and again, citing how his father lived up to what he promised.

5 years on, little improvement in economy
The state bifurcation in 2014 left the successor state with a revenue deficit of Rs 16,000 cr. The NDA government promised to bridge the gap but went back on its word due to political reasons. Agriculture and allied sectors account for 25% of the GSDP (Gross State Domestic Product) and are the mainstay of the state economy. The truncated state has failed to make much headway with respect to growth of industrial and service sectors. Economy could not be robust in view of little contribution from these two major sources. Tax revenue is unlikely to be shored up in spite of agriculture being a major growth engine as it is out of the tax net.

ALSO READ:  Why The 'New Legislation' Will Change The 'Reservation Dynamics' In Telugu States?

Because of this reason, tax revenues registered a sluggish growth in spite of Chandrababu Naidu’s claims of double digit growth in the last five years. But expenditure under different heads, especially the outgo for salaries and subsidies, kept shooting up. This is considered unproductive and an unhealthy sign for any economy to be viable. A senior official in the Finance department told this writer that salary bills itself accounted for 34-40% of tax revenues.

Naidu offered 20% interim relief for government employees before the revised pay scale under the fresh Pay Revision Commission (PRC) came into force. The YSRCP chief went a step further and promised to increase interim relief to 29%.

Former IAS officer and Lok Satta Party leader N Jayaprakash Narayan said the Andhra Pradesh government would soon not be in a position to pay even employee salaries if leaders did not take steps to deal with the poor financial situation.

Administration in shambles
Even four years after shifting of the capital, the state administration is not yet back on track. The TDP government introduced a five-day week for employees based in Hyderabad as an incentive for their relocation to the new capital in Amaravati. But it turned out to be a four-week for all practical purposes. Employees would go off duty before noon on Friday and return to office only on Monday afternoon.

ALSO READ:  Save 'Lives' With Your Blood

Many departments are headed by officers in non-IAS cadres since IAS officers were reluctant to shift to Amaravati which is “less lucrative” and has no social life.

All this led to a steep fall in the efficiency levels of the administration, taking a toll on the progress of various schemes in the state.

Can Jagan’s lobby with Modi help AP?
Andhra Pradesh has been getting a raw deal in getting funds from the Centre ever since the Naidu government adopted a confrontationist stand against the Narendra Modi government. The Centre gave a paltry Rs 5,700 cr for filling the resource gap and Rs 1,050 cr under the special development fund for development of nine backward districts as against the proposed package of Rs 24,000 cr.

Jagan in his role as Chief Minister is expected to use his good offices with the Prime Minister and help the state receive its due from the Centre. Jagan has been considered a friend of the NDA government ever since he offered his conditional support to its Presidential and Vice-Presidential elections in the past. #KhabarLive