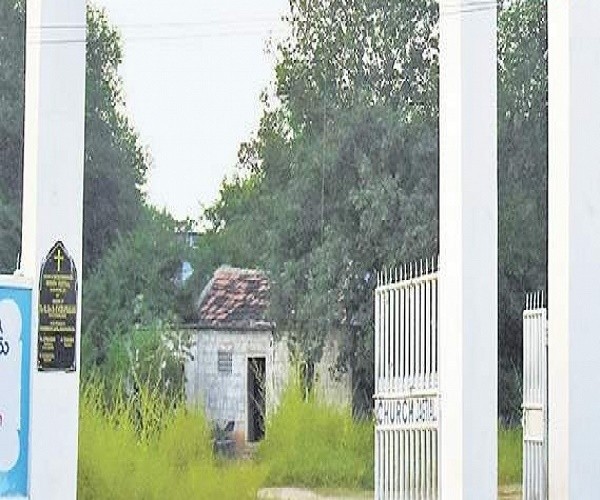 After three youngsters ended their lives in the dilapidated Mission Compound at Jagtial, the last one being a high school student Durgapu Jagadish Goud who burnt himself to death, both the police and church authorities are on their tiptoes.

The police, in notices issued to the church, has asked them to better secure the deserted compound which seems to have become a hub for all kinds of illicit activities like consuming alcohol and ganja.

Meanwhile, the church has already issued a complaint with the police against people who jump the compound’s wall and consume alcohol on its premises.

Despite its location in the centre of the town, the high bushes in and around the compound make it a safe place to carry out such acts without any hindrance. 25 days ago, Kusari Mahender and Kondra Ravi Teja set themselves ablaze under the influence of alcohol inside the compound. They were said to be inspired by the recently released RX-100 movie.

Jagtial DSP M Venkataramana told #KhabarLive that the police department is taking serious note of these incidents and has issued notices to the Church authorities that maintain the compound area to keep it clean and install CCTV cameras. On the other hand, the police have also intensified patrol in the area in the day as well as night.

The 30-acre compound belongs to the Christian missionaries and has a dilapidating boundary wall.

A lot of times the minors and elders jump the compound wall to smoke ganja or drink liquor. Anandam, the father at the church, told Express that all measures were being taken to stop trespassing outsiders from entering the compound.

The father further lamented about how a lot of the unwelcome visitors threaten them when stopped from entering the compound.

A day after Jagadish Goud immolated himself to death, the church authorities have cleaned up the dense bushes in and around the compound, he said. #KhabarLive