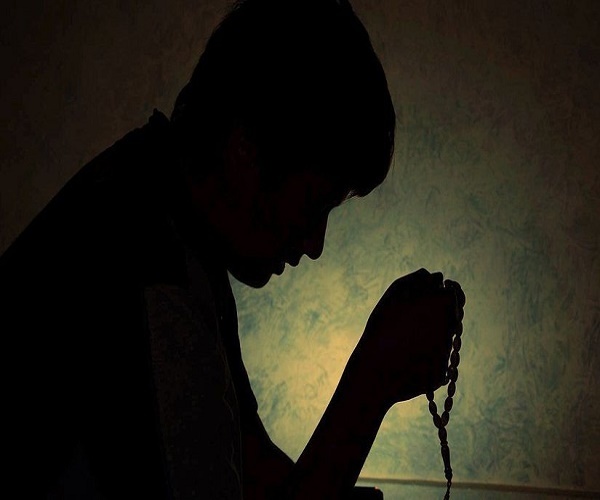 A recent expose should put Indian Muslims to shame. Arab men coming to Hyderabad to hunt for young Indian Muslim brides, some even legally minor. It is to the credit of the local civil society that it brought this to the notice of the local police and some of these Arab men are today facing tough police questions. Of course, all this is not new.

This has been going on for decades now. The only difference is that today there is increasing media spotlight on the issue and some of these heinous acts come to light and therefore become topic of discussion. What is also important to realise is that there is a network of men and women working behind the scene who work to facilitate such arranged marriages. Without the support of such men and women, this ‘trade’ will not succeed.

What is astonishing is that most of the time, these men are close relatives of the young girl in question. Since there is so much silence on the issue in the Muslim community, this is really a social problem. Apart from police surveillance, what is required is a debate in the Muslim community over the whole issue of marriage itself.

But what drives such old men to come to India and hunt for brides. In modern parlance, the desire to engage in sexual acts with young girls is called paedophilia. This is a modern day crime in which not just the Arab Sheikhs, but whole lot of other communities are also involved. The whites engage in this forbidden through various charitable networks which they supposedly work for or indulge in it through sex tourism in places like Thailand and other places.

Therefore this kind of a desire seems to be a global problem. But there are fundamental differences when we talk about such acts in the western world and in the Arab Muslim world. And that difference has to do with the very different responses of these two parts of the worlds to the problem. While the western world has outlawed this kind of consummation of desire, the Arab world still thinks that it is normal.

Not just the legal framework, but even the two societies understand the problem and react to it differently. While the western society has delegitimized it long time ago, the Muslim world still has social sanction to this practice, often through religion. And that’s a very big difference between the two contexts.

The pious utterances on television by various Muslim personalities saying that this practice is un-Islamic and that men indulging in such practices are doing it for fulfilling their baser instincts is hardly convincing. After all, marriages around the world are understood as the legitimate means of sexual gratification. So what is wrong if these Muslim men are indulging in such marriages? The problem therefore is not of lust which is a very normal human emotion The problem is informed choice.

The first and foremost problem with such a marriage is that in a majority of cases it is driven by acute poverty. When a family, too poor to feed itself and where a girl child is understood as a burden the very idea of marriage appears appealing to the family. At least it is one mouth less to feed since the girl becomes someone else’s burden and responsibility.

Scores of marriages take place because of considerations of poverty and it happens amongst all communities. Because of poverty, neither the family nor the persons involved have any real choice in such marriages.

But there is an added dimension when it comes to Muslim society. And that is that such marriages are considered legitimate and sanctioned by religion itself. After all, there are scores of examples within Muslim history where much older men happen to get married to younger girls.

In a moving Afghan film, Osama, directed by Siddig Barmak, an elderly village cleric takes pity on a young orphan and marries her. The movie, made with extraordinary sensitivity, makes clear that in the mind of the cleric, the prime question was not lust but to care for orphans which he understood as a religious duty.

As part of his religious duty, he also has to consummate the marriage with this little girl which he does eventually. How does then one separate matters of piety with matters of lust? While we can condemn this village cleric as a man driven by his lust, the problem is not that simple. It can be very well argued that he was performing his religious duty as a Muslim. Not just this person, but the same religious call has been answered by many others pious Muslims throughout its history.

But we hardly condemn those great personalities in Islam who have done similar marriages. Why this double standard? The important point is that such marriages are sanctioned within Islam and it is time perhaps to raise voices against it. After all, the age of marriage for girls within Islam is just after puberty: a time when the mental faculties are not yet fully developed and neither is she emotionally ready for such a union.

It is heartening to note that some countries have reformed their marriage laws and age of consent of Muslim girls has steadily risen but the problem remains that within theology, this is still permissible. There has been hue and cry from Muslim quarters within this country about raising the age of consent for girls.

A large part of this discontent is driven by Islamic legitimacy to marry young girls. We must understand that young girls have no real informed choice to make in such unions and till the time Islam accepts that such a choice is important, there cannot a resolution to this issue. Till such time, elderly men will keep marrying young girls, keep thanking Allah, without any even a hint of remorse. Such unions should necessarily be understood as a form of sexual slavery. It is time for Muslims to take a call to make such unions theologically criminal. #KhabarLive