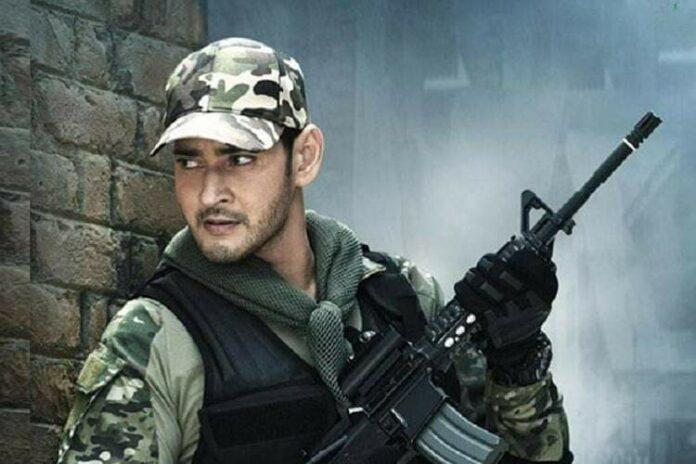 In the last couple of decades, Telugu cinema has largely stuck to a singular definition of who a hero is and what he can do. Film after film showed us a hero, who turns into a messiah for the poor and downtrodden, who uplifts and inspires a community or people in a region to fight back the tyranny of a corrupt politician, businessmen, and the establishment. And in some films, the heroes, spent most of their time in a foreign country, before they decide that it’s time to go home and clean up the system.

In a way, this has been the core essence of numerous Telugu films and how its protagonists have tried to stay rooted to the local milieu. But something has changed in recent times, and it’s a direct reflection of the issues that have been repeatedly highlighted by the current government at the Centre – national security, terrorism, and patriotism.

From an era where there were hardly any films which had a protagonist who’s an army officer or at least a member of the armed forces, Telugu films these days have reached a stage where characters often talk about surgical strikes, Article 370, patriotism, and terrorism among many other such issues. In the past couple of years alone, films like the Allu Arjun starrer Naa Peru Surya, Adivi Sesh’s Goodachari, and Praveen Sattaru’s PSV Garuda Vega have dealt with issues related to soldiers, RAW secret agents, and special units meant to prevent terrorism.

And the list just keeps growing, especially in the backdrop of surgical strikes in the past couple of years. For instance, in Venky Mama, Naga Chaitanya played a commando who’s sent on a top secret mission to destroy terror camps across the border. And then, there’s Mahesh Babu’s upcoming film Sarileru Neekevvaru in which the actor will be seen as an army officer leading an anti-terrorist unit in Kashmir. The trailer of the film makes specific references to how, as a soldier, it’s his duty to protect the country and the citizens, before the story shifts to Kurnool, where he gets involved in another local issue.

Putting things in perspective about why he got hooked to Venky Mama’s script, Naga Chaitanya said, “The original story of the film didn’t have the subplot of my character joining the army. When KS Ravindra came onboard to develop the script, he came up with the subplot and it was woven quite organically into the story. Although I end up in the army, there’s also a personal touch to it because he’s trying to fulfil his uncle’s longtime dream. I’m eager to see how people respond to it because, in the past, whenever I tried to do action sequences, the response was quite limited. If people like me in this role, I hope it leads to more opportunities for me to perform such action sequences.”

Earlier this year, another film which set its story in Kashmir was Operation Gold Fish, starring Aadi Saikumar, which had plenty of references to the exodus of Kashmiri Pandits from Kashmir, terrorism, and Article 370 among other things; however, the film sank without a trace at the box-office.

It’s hardly surprising that an increasing number of Telugu films are eyeing national security issues, especially that of terrorism, how India has responded to terror attacks in recent times, and Article 370. Some of the most popular Google trends in India have been about Article 370 (No.6 in overall trends); Abhinandan Varthaman (No. 1 in personalities), Vicky Kaushal (most likely because of his role in Uri : The Surgical Strike, which was also the 10th most searched movie in 2019). That’s not all. “What is Article 370?” is ranked number 1 in the most frequently asked questions on Google this year, whereas “What is surgical strike?” is ranked number 9. And in the news section, Article 370 (No. 3) and Pulwama attack (No. 7) have been featured in Google trends in 2019.

Even the debates on TV have largely centred around national security and counter-terrorism operations for a good part of the year, and in almost every political rally addressed by PM Modi, there have been constant references to cross-border terrorism, intruders, and nationalism. We are right in the middle of an era where putting the nation ahead of us is treated not just as a duty but more like an order, and the rhetoric has made its way into Telugu cinema as well. It’s little wonder that heroic tales of sacrificing one’s life for the nation have found a lot of keen audience waiting to root for real life heroes.

One of the most awaited Telugu films of 2020 is Adivi Sesh starrer Major, which is inspired by the life of Major Sandeep Unnikrishnan, the NSG commando who lost his life while saving hostages in the 26/11 attacks in Mumbai. Ask Sesh if this film, which is slated for release nearly 12 years after the terror attacks, is more relevant than ever before, and the actor avers, “I tried to mount Major right after Kshanam, but I had to wait for a while, since Major needed a big budget. Moreover, our film is a story inspired by the life of Major Sandeep Unnikrishnan. He had served in Kashmir and was a decorated soldier even before the 26/11 attacks in Mumbai. Our film looks at his life and not just an incident. As far as the trend of patriotic films is concerned, I find it important to be patriotic and not jingoistic. We strived to do our best keeping this in mind.”

Incidentally, Nagarjuna has begun shooting for an upcoming Telugu film, Wild Dog, in which he’ll be playing a NIA officer. Based on a true incident, the film focuses on an encounter in Hyderabad and its aftermath. The film also marks Nagarjuna’s return to the genre nearly a decade after he played a NSG commando in Radha Mohan’s Gaganam.

Then, there are other films like Gopichand’s Chanakya which follows a spy’s adventurous journey to Pakistan to nab a dreaded terrorist, whereas in the Adivi Sesh, Sobhita Dhulipala starrer Goodachari, the plot centred around sleeper cells and foreign spies hiding in plain sight. Allu Arjun’s Naa Peru Surya had an entire segment dedicated to how it’s every India’s duty to stop radicalisation of our own people and stop them from falling prey to fundamentalists, who want to break the country apart. The film is about a soldier, whose anger issues stop him from achieving his dream of serving the country; however, he ends up cleaning up the anti-social elements within the country.

The radical change in the notion of who a hero is and what he can do is a testimony of the times we live in today. Earlier, heroes in Telugu films fought with sickles, hammers or whatever other tool that farmers and working class people might have used, but today, he’s more likely to wield a machine gun fighting the enemy in a place far far away from Telangana or Andhra Pradesh. This might very well be a true blue instance where art has imitated life, and not the other way around. #KhabarLive