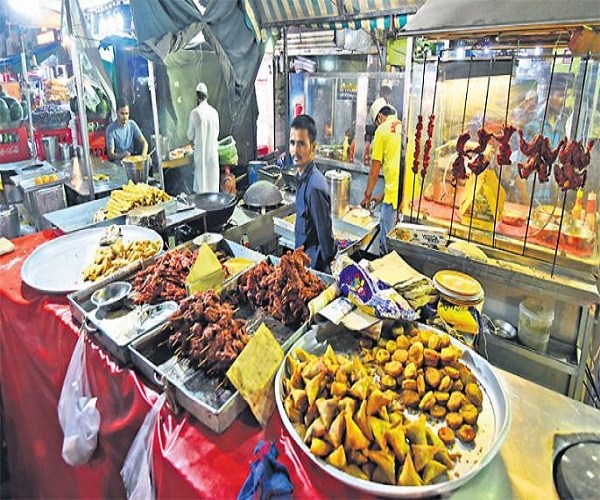 Hyderabad and other cities in Telangana have not been able to meet minimum food safety standards. How safe is the food served by street food vendors in Hyderabad? Does the State’s capital have a proper ecosystem in terms of infrastructure, trained personnel and food testing laboratories to ensure safe food is accessible to public?

According to the first State Food Safety Index (SFSI) released by the Food Safety and Standards Authority of India (FSSAI) about a month ago, Hyderabad and other cities in the State have not been able to meet the minimum food safety standards and need to do a lot more in the aspect of food safety.

To galvanise States to work towards ensuring safe food for the public, FSSAI had developed State Food Safety Index (SFSI), designed to measure the performance of each State on five parameters of food safety. The parameters based on which each State was judged included Human Resources and Institutional Arrangements, Compliance, Food Testing Infrastructure and Surveillance, Training and Capacity Building and Consumer Empowerment.

Except for Tamil Nadu and Kerala, none of the other South Indian States including TS and AP managed to get a mention in the SFSI rankings. The rankings were based on total scores that each State had secured in the five different parameters. While Goa, Gujarat, Tamil Nadu and Kerala scored over 75 points out of 100, the SFSI score for TS was 40 while AP secured 57 points.

ALSO READ:  'Sadarmutt Anicut' In Telangana - Living Up To Expectations After 127 years 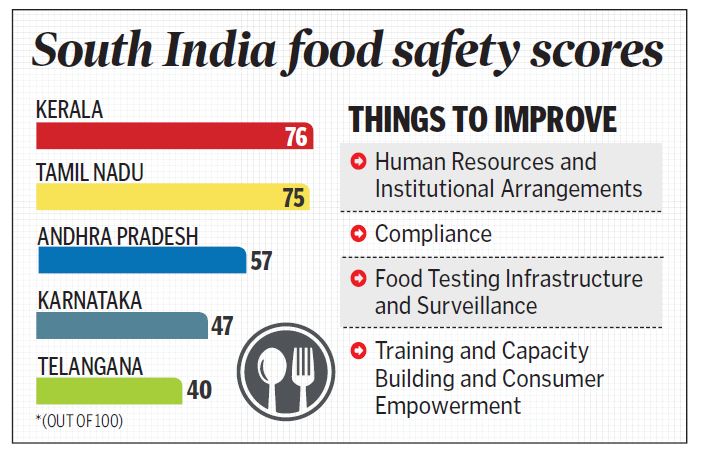 Recently, the Golden Temple Street in Amritsar had managed to get recognition as a ‘Clean Street Food Hub’ following certification from third-party audits and a series of training sessions for street food vendors aimed at improving quality and safety of food. Such hubs and clusters where street food is available will be certified by FSSAI once the vendors have met the prescribed parameters to ensure food served is clean and hygienic.

Based on rating on well-defined benchmarks on food safety, and hygiene, food safety management, healthy diets, promotion of local and seasonal food and awareness generation, the food regulator introduced the concept of ‘Eat Right Campus’. Recently, several educational institutions such as IIT Gandhinagar and Roorkie received this tag from FSSAI. #KhabarLive