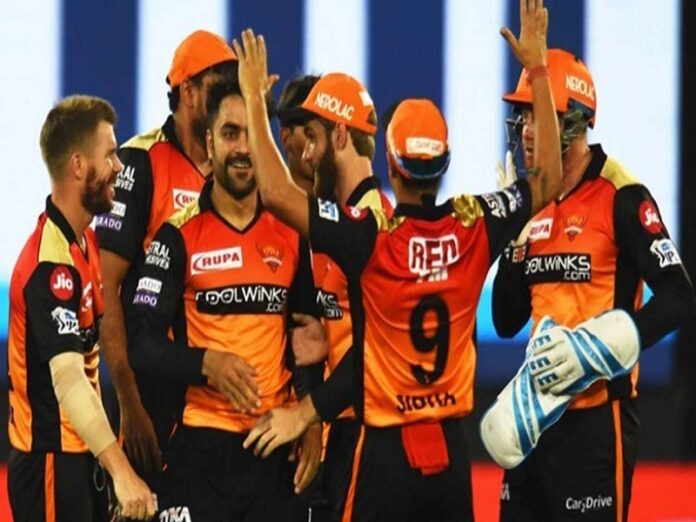 Sunrisers Hyderabad stormed into knockout stages of #IPL2020 on latest IPL news with a 10-wicket win against Mumbai Indians as Kolkata Knight Riders were knocked out. This is the real spirit of Hyderabadi people. Struggling team makes a good way to enter with top teams in final rounds.

When the final week of the IPL 2020 league stages began, Sunrisers Hyderabad looked dead and buried. They were in seventh position with eight points from 11 games. Worse for them, Kings XI Punjab and Rajasthan Royals were staging a resurgence and things looked bleak. To make the situation even dire, Sunrisers Hyderabad’s last three games were against the top three teams in the points table which were Delhi Capitals, Royal Challengers Bangalore and Mumbai Indians. The situation required them to do a repeat of IPL 2016 in which they had to win all their games to ensure they reached the knockouts.

Instead, what we saw was a remarkable turn of events which helped Sunrisers Hyderabad have qualification in their own hands. They capitalized on slip-ups by other teams and in the end, their dominant performance not just helped them seal a spot but they did it with very little help from other results. Here is the story of Sunrisers Hyderabad’s march into the playoffs.

Sunrisers Hyderabad headed into the last week of the league stages having lose seven wickets for 14 runs to gift Kings XI Punjab a big win. It was David Warner who stepped up and dealt with the crisis in the best way possible and that was with the bat. His counterattack against Delhi Capitals and his partnership with Wriddhiman Saha helped Sunrisers Hyderabad reach 219/2. Rashid Khan’s 3/7 gave Sunrisers Hyderabad a massive win which boosted their Net Run Rate tremendously.

The equation for Sunrisers Hyderabad was simple. Win against Mumbai Indians. They did it in grand style as they thrashed the four-time champions by a huge margin.

After the match, Warner remarked, “We have a never say die attitude and that is how we approach each game. We had a couple of injuries but they are here in spirit and we are doing it for them. We looked at 2016, we were in the same situation where we had to win every game to win the title.

If we can take this performance and momentum into the next game we’ll be really happy. I pride myself on getting my team to a great start. That is my duty, my job.” #KhabarLive #hydnews