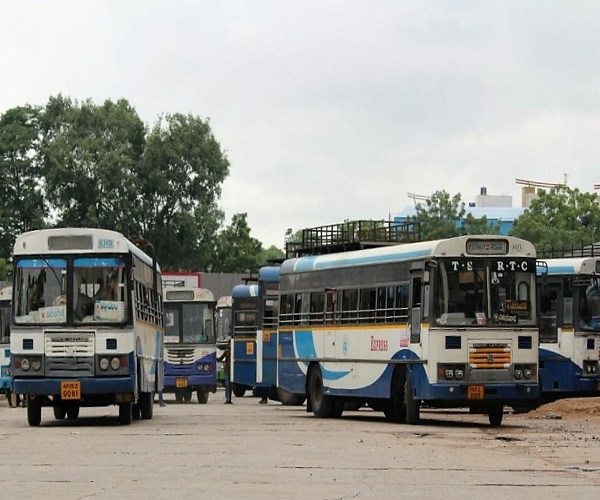 In a peculiar incident, a bus belonging to the Telangana State Road Transport Corporation (TSRTC) went missing from Hyderabad’s Central Bus Station (CBS) on Wednesday. The bus, a Metro Express, reportedly belonged to the Kushaiguda depot, plying the 3K route between Gowliguda and ECIL. The police visited CBS and analysed CCTV footage to identify the accused and said that all efforts were being made to track the missing bus.

“After parking the bus at the station, the driver and conductor slept in the rest room. They woke up around 5 am on Wednesday only to realise that the bus was missing,” the police was quoted saying.

Following this, the driver searched for the bus and even checked the schedule to verify if another driver had driven off with the bus, but in vain. The issue was then brought to the notice of his superiors who filed a complaint at the Afzalgunj police station.

The police suspect that the vehicle headed towards Toopran and said that they were looking for further leads. The TSRTC has also informed the National Highways Authority of India (NHAI) in case the accused attempts to take the vehicle on any of the state or national highways in Telangana.

Media reports suggest that the bus had clocked over 8 lakh km and could be started with a starter switch, and not by key ignition.

The police visited CBS and also analysed CCTV footage to identify the accused and said that all efforts were being made to track the missing bus. Investigation officials also said that they were hoping to nab the accused when they eventually would stop to refuel the bus.

A similar incident had taken place in unified Andhra Pradesh in 2010, when an AP State Road Transport Corporation (APSRTC) bus which was parked in the Mahatma Gandhi Bus Stand (MGBS) in Hyderabad’s Imlibun area was stolen by unidentified persons and later abandoned at a petrol bunk at Narsapur in Medak district.

In 2015, a man strode into the posh Harley Davidson showroom in Hyderabad’s Banjara Hills and rode away with the test drive bike. The accused, an alumni of IIT Madras who is an assistant engineer with the Oil and Natural Gas Corporation (ONGC), said he was planning to buy a ‘Street 750’ model worth Rs 6 lakh and wanted a test drive. He was later arrested in Mumbai after speeding away with the vehicle. #KhabarLive