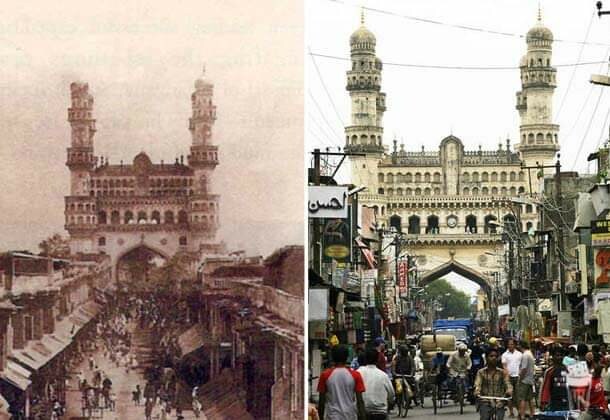 Today we have a new state of Telangana. And a new Nizam and his family lord over it. Down in those days. On September 13, 2019, it will be seventy one years since Hyderabad State was integrated into the new Indian Republic. Six years after integration the state was dismembered and it’s three linguistic regions were assimilated into the neighboring states.

Today we have a new state comprising of Telangana. Independence and Republic days are celebrated with joy. Even a state formation day is celebrated. But what was truly historic is just forgotten. In recent years the RSS is trying to insinuate itself into the integration when in fact it had nothing to do with it, or the movement for democracy in the state which preceded it. Yet, Amit Shah will be in Hyderabad to celebrate it as “Liberation Day”. But remember, like in the rest of India, the RSS sat out in the struggle for freedom and emancipation in Hyderabad too.

On the morning of September 13, 1948 five infantry battalions and an armored regiment of the battle hardened Indian Army under the command of Maj.Gen. JN Chaudhry entered the princely state of Hyderabad, over a year after independence and after the patience of the new Indian Union was tested beyond endurance.

The Nizam of Hyderabad like the Maharaja of Jammu & Kashmir too entertained notions of an independent state and had so far managed to avoid accession. In the meantime the Nizam sought to widen the issue by moving the United Nations, took the advice and assistance of Pakistan, and began stockpiling arms.

The Prime Minister of Hyderabad Mir Laik Ali boasted that if “the Indian government takes any action against Hyderabad, 100,000 men are ready to fight. We also have a hundred bombers in Saudi Arabia ready to bomb Bombay!”

Within the Nizam’s realm, militant Razakars led by Kasim Razvi, had stepped up their campaign of terrorizing Hindus and whipping up religious sentiments among the Muslims. Within five days the “police action”, actually a military operation, was over and the Hyderabad army commanded by Maj. Gen. El-Edroos formally surrendered.

The Indian Army’s “police action” was as violent as it was swift. It killed 1373 Razakars and captured 1911. In addition Hyderabad State Army lost 807 killed and 1647 captured. The Indian Army’s losses were never officially revealed but a figure of less than 10 killed is commonly accepted. It was a sudden and crushing to a movement that had vowed to hoist the Asafia flag on the Red Fort.

At the time of India’s independence, Hyderabad was the largest Indian princely state in terms of population and GNP. Its territory of 82,698 sq. miles was more than that of England and Scotland put together. The 1941 census had estimated its population to be 16.34 million, over 85% of who were Hindus and with Muslims accounting for about 12%. It was also a multi-lingual state consisting of peoples speaking Telugu (48.2%), Marathi (26.4%), Kannada (12.3%) and Urdu (10.3%). Its diversity and broad heritage could be seen in the historical monuments at Ajanta, Ellora and Daulatabad in Marathawada, Bijapur, Bidar, Gulbarga, Anegondi and Kampili in Karnataka, and Warangal and Nagarjunakonda in Telangana.

Hyderabad, not only had its own Army, but also had its own Railways, Airline, Postal Service, Radio Broadcasting network and Currency. The Nizam and his court ruled over it with the British Resident keeping a close and watchful eye over everything. The British Army also had a permanent garrison, just in case the “faithful ally of the King Emperor” was found lacking in faith.

As can be imagined it was a Muslim dominated state. Typically in 1911, 70% of the police, 55% of the army and 26% of the public administration were Muslims. In 1941 a report on the Civil Service revealed that of the 1765 officers, 1268 were Muslims, 421 were Hindus, and 121 others, presumably British, Christians, Parsis and Sikhs. Of the officials drawing a pay between Rs.600 –1200 pm, 59 were Muslims, 38 were “others”, and a mere 5 were Hindus. The Nizam and his nobles, who were mostly Muslims, owned 40% of the total land in the kingdom. Quite clearly it was too much of a good thing for so few and the time for its end had come.

The Asaf Jah dynasty came into being in the waning years of the Mughal Empire. Mir Qamruddin a Muslim general of Indian origin was first appointed Governor of the Deccan in 1707. He was called the Nizam-ul-Mulk. He returned to Delhi soon after as uncertainty and turmoil overtook the house of Babar. Qamruddin after a brief stint as the Mughal wazir returned to the Deccan in 1723 to carve out an independent domain for himself. He was now Asaf Jah I. In 1798 Hyderabad came under the dominance of the English when Asaf Jah II entered into a Subsidiary Alliance with the East India Company, which made sure that Hyderabad remained under the Nizam’s rule, but under their guidance.

As can well be imagined there was absolutely no political activity in the kingdom for most of this period. The faithful ally remained just that while the British waged war on the Maratha’s, Sikhs and then by introducing the doctrine of the lapse came gobble princely state after state. Even the 1857 war passed Hyderabad by. The first stirrings began in 1927 when the Majlis-e-Ittihad-ul-Muslimeen (MIM) was formed to unite various Islamic sects for “the solution of their problems within the principle of Islam; and to protect the economic, social and educational interests of the Muslims.”

In 1933 an association of mulki’s or local born Hindus and Muslims called the Nizam’s Subjects League was formed as a reaction to the continued domination of non-mulki’s in government, even though most of them were Muslims. This was soon to be known as the Mulki League. It was the Mulki League that first mooted the idea of a responsible government in Hyderabad. In 1937 the Mulki League split between the more radical elements that were mostly Hindus and the more status quo inclined. This led to the formation of the Hyderabad Peoples Convention in 1937, a prelude to the establishment of the Hyderabad State Congress the following year. With this the movement for political and constitutional reform picked up momentum.

The Hyderabad State Congress agitation coincided with a parallel agitation led by the Arya Samaj and Hindu Mahasabha of VD Savarkar on Hindu civil rights. To a large extent the interests of the Congress and Hindu organizations coincided. This put them squarely against the Majlis who were now led by Bahadur Yar Jung who was also the founder of the Anjuman-i-Tabligh-i-Islam, a proselytizing Muslim organization whose prime activity was the conversion of Hindus. Bahadur Yar Jung was a charismatic figure became popular among the Muslims. He also had the ear of the Nizam, Osman Ali. The main thrust of Bahadur Yar Jung was “to keep the sovereignty of His Exalted Highness intact and to prevent Hindus from establishing supremacy over Muslims.”

The leadership of the Congress took more nationalist overtones after the arrival of Swami Ramanand Tirtha on the scene. Tirtha hailed from Gulbarga and as a young man became a sadhu. He became President of the Hyderabad Congress in 1946 and attracted around him several young men who rose to prominence in independent India. Foremost among these was PV Narasimha Rao. Others were former Home Minister and Maharashtra Chief Minister, SB Chavan, former Karnataka Chief Minister Veerendra Patil, and former Andhra Chief Minister M Channa Reddy. In doing so Tirtha transformed the Congress from a party dominated by Marathi speakers and Arya Samajis into a broad-based organization representing the diversity of Hyderabad.

While the Congress was gaining strength, the Communists were also active in the Telugu speaking areas. They captured the Andhra Mahasabha that was formed in 1921 to represent the interests of the Telugu speaking people in 1942. Unlike the Hyderabad Congress, which took the cue from Mahatma Gandhi and launched a movement for democratic rights in the state to run parallel to the Quit India movement, the Communists joined hands with the Majlis to support the Nizam, who being a faithful ally of the British was fully immersed in the war effort. When WWII ended the Communists, now following the militant line of BT Ranadive took the path of armed revolution. It is said that when they went to Stalin for help in 1948, he took one look at the map and decided that armed insurrection was impossible to sustain in landlocked Telangana. The CPI was accordingly advised to seek other ways of coming to political power.

The advent of the Indian Army brought in its wake great changes that were sought ever since political activity began in the state. The Muslim elite soon found themselves marginalized and many migrated to Pakistan. Others like Ali Yavar Jung made a smooth transition into the new order. A new bureaucratic elite was quickly installed even as the communist insurrection was being quelled. The Nizam quickly came to terms with the new circumstances and became the Rajpramukh of the newest state of the Indian Union. Nothing reflected the handing over of the baton better than the transition in the Secunderabad Club seen in its picture gallery of past Presidents. The Club was for long the citadel of power, prestige and privilege in the state and always had senior Britisher as its President. Maj.Gen. El-Edroos C-in-C of the Hyderabad State Army became its first non-British President in 1947. In March 1949 he made way for Maj.Gen. JN Chaudhry, Military Governor.

The story of Hyderabad doesn’t end here. The States Re-Organization Bill of 1956 saw its end. The Marathi speaking areas went to Maharashtra, Kannada speaking areas to Karnataka, and Hyderabad city and Telangana were absorbed into Andhra Pradesh. The Jammu & Kashmir problem still festers and makes one wonder if we missed something after all.

Today we have a new state. TELANGANA. And a new Nizam and his family lord over it. #KhabarLive