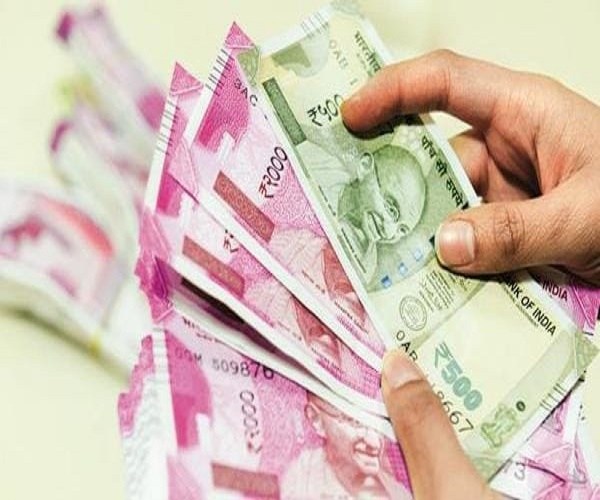 The electoral bonds scheme is a placebo, and it’s time to try state funding of candidates. Despite some solid legislative accomplishments—from the goods and services tax (GST), which is slowly improving tax compliance, to the Insolvency and Bankruptcy Code, which is bringing crony capital to heel—it is difficult to credit the Narendra Modi government with much progress in one critical area of corruption: corporate funding of political parties.

The only thing done to prevent cronies from buying policy influence through political contributions is the electoral bonds scheme. But all it ensures is that contributions come from legitimate, tax-compliant sources.

Since we can’t know who gave which party how much, it is impossible to assert that no political influence was bought with these anonymous bond contributions. This is not real reform, just a placebo. In 2017-18, according to information already in the public domain, some 95% of the ₹222 crore of electoral bonds issued landed up with the BJP as anonymous contributions.

This fiscal year, the State Bank of India revealed in reply to a Right to Information (RTI) query that it had sold ₹600 crore worth of bonds till October 2018. These amounts are likely to skyrocket as we head for March-May 2019. No prizes for guessing which party will get the bulk of the contributions.

If electoral funding is ever to become transparent, we should address two types of needs: one is the funding of political parties, which need to engage in political activity all through the year, whether there is an election or not, and the other is the funding of candidates. It is no secret that most Lok Sabha candidates spend crores—breaching the official spending limit many times over—to get themselves elected.

The late Gopinath Munde got himself into hot water with the Election Commission when he claimed (and quickly retracted) that he had to spent ₹8 crore to get himself elected in 2009. Assuming his original statement was true, inflation alone would have conservatively pushed the average spending requirement in the 2019 elections to a range of ₹5-15 crore, depending on the candidate and his constituency.

While political parties can source their money from electoral bonds and other sources, at the candidate level, this kind of money cannot but come from partially dubious sources. And, if you are going to spend up to ₹15 crore to become a Lok Sabha MP, you need to recoup this “investment” in some way, and the logical assumption must be that you have to pay back by doling out favours to your benefactors by using your official clout as a MP or minister.

However much you improve tax compliance and reduce the scope for black money, as long as political and campaign funding remains unreformed, the scope for clean politics is limited.

So, if the “chowkidar”, or whoever else takes his place in Delhi after May 2019, wants to end political corruption, genuine reforms are needed. The electoral bonds scheme makes no sense, and needs replacement with a more transparent means of funding political parties, where both the donor and political recipient are identified clearly.

At the candidate level, we have to seriously consider state funding. Direct funding of candidates, who will be reimbursed according to their final share of the votes cast, will result in three beneficial fallouts: one, it will become possible for new and cleaner candidates from outside the mainstream parties to join politics; two, it will ease the pressure on parties themselves to give tickets to criminals and other rogues primarily because they can manage their own funding; and, three, parties themselves will become more internally democratic, as candidates will not be over-dependent on party bosses for cash.

Is state funding of elections affordable? The answer is a decisive yes, even if we set aside qualitative pay-offs coming in the form of better candidates and cleaner party funding. If we assume that each Lok Sabha constituency needs ₹5 crore of candidate funding, with the top three candidates sharing this booty in the ratio of their vote shares, 543 constituencies will cost ₹2,715 crore. This is an entirely acceptable level of spending for clean politics once in five years.

It should even be possible to find these resources by stopping another kind of indirect distortion of the political process—the availability of ₹5 crore annually for each Lok Sabha and Rajya Sabha candidate from Members of Parliament Local Area Development Scheme (MPLADS).

The total cost of MPLADS funding for all MPs is nearly ₹4,000 crore every year, and scrapping the scheme even for one year in an MP’s five-year term will be enough to bankroll state funding of Lok Sabha candidates. MPLADS was introduced by P.V. Narasimha Rao in the early 1990s in order to keep his flock of MPs in line by giving them money to spend in their constituencies.

Over the years, the scheme has acquired a momentum of its own, and has been extended not only to Rajya Sabha MPs (who have no constituencies to tend), but also many state assemblies. Put simply, this is a legalized way of allowing MPs and MLAs to shower money on their constituencies at state expense.

It is not going to be easy to prise this lollipop away from the clasping hands of MPs, but it is worth a try. Even without it, however, there is no question that the time has come to experiment with state funding of elections.#KhabarLive