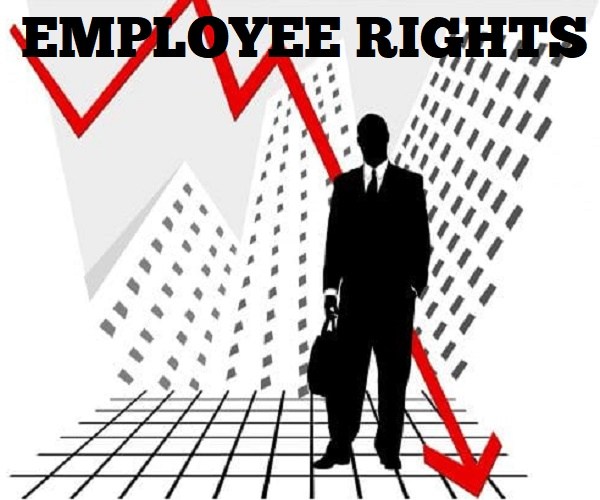 When Ashish Prasad, technical lead at a bootstrapped IT startup, quit his job to take up a new one, he was assured by the company that his dues would be cleared within 45 days. But days turned into months, and repeated reminders and emails went unanswered with the dues still not paid. Not wanting to go in for time consuming and costly litigation, Ashish who had lost all hope of ever getting his dues, said he was advised to file an insolvency petition under the bankruptcy laws. “However, I am not sure if this will be fruitful”.

There are many like Ashish who have been cheated of their rightful dues by their ex-employers. The problem is rampant with startups, as a sudden paucity of funds due to lack of new funding affects their cash flow. But instances of big companies going bankrupt and failing to pay their employees their dues are also aplenty, as we have seen in recent times.

An ex-employee of Kingfisher Airlines had recently penned a letter to the Prime Minister stating that they have been waiting for six years now for their dues to be cleared. Employees of the recently grounded Jet Airways fear a similar fate. As do employees of companies who have filed for bankruptcy under the new law and public sector units that have been shut down.

Option 1: Insolvency and Bankruptcy Code 2016
So what hope do these employees have to get what is due to them? Filing a case against their employers is rarely the answer. Today, there are other legal options available to such employees to get their dues released. For one, the Insolvency and Bankruptcy Code, 2016 (IBC) — under which employees have been conferred the status of operational creditors — can be used as a recovery tool. Recently, a group of employees initiated an insolvency resolution process against Phadnis Properties, a Pune-based real estate and infrastructure company for unpaid salaries.

Typically, under IBC, after an insolvency petition is admitted, a resolution professional is appointed and a committee of creditors is set up. If a viable resolution plan cannot be worked out, then the company is ordered to be liquidated. In the case pertaining to Phadnis Properties, after the insolvency petition was admitted, the NCLT, Mumbai after hearing both parties ordered the company to be liquidated. There have also been cases of individual employees recovering their dues by approaching the National Company Law Tribunal (NCLT).

Steps involved
For employees to launch corporate insolvency resolution process against their ex-employer and compel them to pay their dues, they first need to send a demand notice to the company stating that they have not been paid.

If the company does not pay up within ten days of sending the notice, then insolvency resolution process can be started against them, provided there are no pre-existing disputes. Such process can be initiated by filing an application with the adjudicating authority which is the National Company Law Tribunal or NCLT in this case.

The NCLT has 10 benches and each bench deals with one or more specified states. The application should be filed with the NCLT within which one’s state falls. For example, for employees based in Pune, an application can be filed in the Mumbai NCLT. One may take the help of a lawyer in preparing and filing such application. There are various litigation firms which deal with the IBC on a regular basis and can help out with the same.

ALSO READ:  An IT Firm - 'Zoho', Hires 'High-School Pass Outs' And Turns Them Into 'Software Programmers'

However, there is a catch. Even though this process is being increasingly used by employees to try and get what is due to them, under this law employees are categorised as unsecured creditors and come after financial creditors in the hierarchy of payouts, which reduces their chances of full recovery.

Option 2: Mediation
Another option for employees is mediation, a process whereby a neutral third party acts as a mediator between two or more parties and resolves the dispute. But this can work only if the employer is willing to accept the mediator and his decision. Arbitration, if provided under the employment contract can also be tried out. However, arbitration is often cost-intensive and the enforcement of awards may take a while.

Last resort: Regional labour Commissioner
In addition to the above, employees can file a complaint with the regional labour commissioner. Before doing so, one needs to send a written communication (preferably through a lawyer), to the ex-employer. Such communication should contain all the details of non-payment.

If, despite this communication, the employer fails to clear the dues, then a complaint in writing to the regional labour commissioner (under whose jurisdiction the company falls) can be filed. But approaching the labour court or the civil court over unpaid dues should be the last option, as cost and time needs to be taken into account.

The best bet
Out of all the recovery options outlined above, approaching the NCLT under IBC appears to be the most preferred. This practice of approaching the NCLT under IBC started after the Aruna Hotels decision, wherein on a petition of an employee, insolvency proceedings were initiated against the company. However, on appeal, this decision was overturned as a pre-existing dispute was shown to exist. But, neither the NCLT nor the appellate authority, NCLAT, disputed the fact that employees fall within the ambit of operational creditors and can initiate an insolvency resolution process against their employer.

Recently, Zeel Global Projects Private Limited, Phadnis Properties and Applied Electro Magnetics Pvt. Ltd. were taken to NCLT by their employees and the latter were able to recover most of the money due to them. A recent media report suggests that the Jet Pilots’ union too plans to take the airline company to NCLT over non-payment of salaries.

IBC allows employees to recover even small amounts. Moreover, having a fixed timeline for resolution, having a specific clause which decides which category of creditor gets paid first (typically, workmen get paid before senior level employees) and the fact that insolvency proceedings put the company out of the control of promoters, makes it a viable option for employees.

Advocate Harshit Khare who routinely advises on such matters said initiating a demand notice under the IBC is one of the most effective methods to recover dues from an employer. “Sending a demand notice under the IBC will create an impression of default scenario in the minds of other creditors and may impact the creditworthiness of the company,” said Khare. “It can also create a default scenario in terms of loan agreements.”

So, hold your chin up, all hope is clearly not lost yet. #KhabarLive