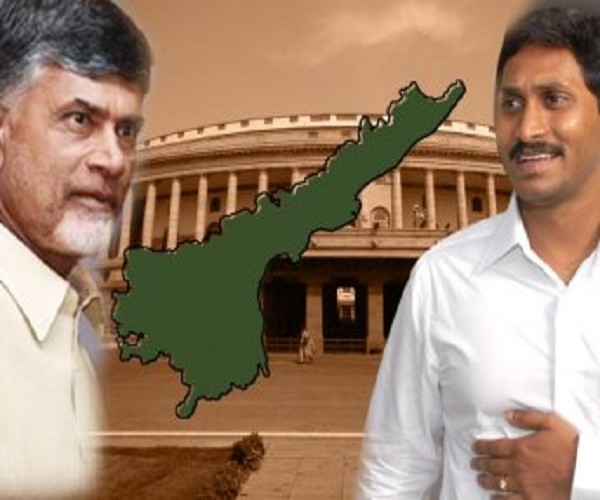 Andhra Pradesh ruling party TDP, which continues to remain in NDA, is caught on a sticky wicket as accepting special aid package would mean it has given up on its demand for a special category status.

A shrill campaign by opposition YSR Congress Party in Andhra Pradesh to get special category status (SCS) for the state has forced the ruling Telugu Desam Party (TDP) to follow suit, abandoning its previous demand that centre merely fulfil promises made during the state’s bifurcation in 2014.

TDP, which continues to remain in the National Democratic Alliance (NDA), in hopes of getting more funds from the centre under a special assistance package in lieu of SCS, is caught on a sticky wicket as accepting the funds would mean the party has given up on the demand for SCS.

The party led by chief minister N. Chandrababu Naidu had pulled out its ministers from the Union cabinet last week, but decided not to leave the coalition.

“We will put the whole blame on the centre, that it is not giving AP SCS and also did not give the state enough funds in the Union Budget 2018. Given the situation, we want to get as much as we can, both in funding and political mileage from the BJP before the alliance breaks formally,” said a senior TDP leader, who did not want to be identified.

The TDP leader justified the stance, saying the state will lose its deserved funding if his party pulls out of NDA now. He, however, conceded that YSRCP’s constant pressure and demand for SCS did force his party to also do the same, but was confident that the TDP will manage to come out of the situation in the coming future.

That SCS cannot be given was clearly stated by Union finance minister Arun Jaitley earlier this month at a press conference in New Delhi.

Even earlier, TDP began protesting against the centre after the Union budget, citing “injustice” to the state in funding, and non-fulfilment of bifurcation promises.

“AP should have received Rs3,750 crore per year under the special assistance package but that has not come yet. Gujarat got Rs25,000 crore in this year’s budget to build a convention centre in two phases with the centre’s help. In comparison, AP received just about Rs10,000 crore including Rs1,500 crore for Amaravati. So we have to get those funds,” said another TDP leader from AP, not wanting to be identified.

YSRCP says its MPs will resign from Parliament on 6 April if SCS is not given. Last month, party chief Y.S. Jagan Mohan Reddy in an interview blamed Naidu for sidetracking the demand for SCS. Other YSRCP leaders, requesting anonymity, also said that the party will not budge from that demand.

Reddy pointed out that Jagan Mohan Reddy’s relentless efforts to drive public opinion on this issue too put pressure on the TDP. “And the final nail in the coffin was when Nizamabad MP (from Telangana) and daughter of Telangana chief minister Kalvakuntla Kavitha supported SCS for AP,” he pointed out. #KhabarLive