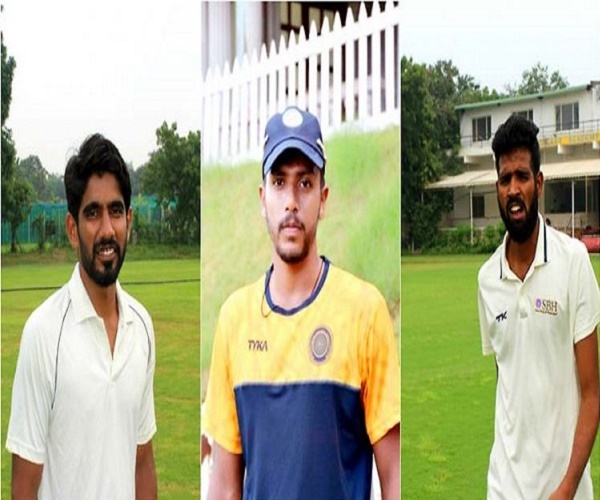 This has left many players in the Hyderabad team very disappointed. There were hopes that Sunrisers Hyderabad, who had still Rs 5.30 crore left in the balance. And they felt disappointed as the Hyderabadis are less in demand, nowadays.

Even as some uncapped players like Varun Chakravarthy (Kings XI Punjab), Shivam Dube (Royal Challengers Bangalore) and others hit the jackpot in the Tuesday’s IPL auction for the 2019 edition, the Hyderabad players were left high and dry as not a single player from the city was drafted into any of the eight teams.

This has left many players in the Hyderabad team very disappointed. There were hopes that Sunrisers Hyderabad, who had still Rs 5.30 crore left in the balance, would take at least two players from the city after releasing Tanmay Agarwal and Mehdi Hasan, a few months ago. Hyderabad had a reasonable season in Ranji Trophy and they were semifinalists in the one-day Vijay Hazare tournament.

The performance of some of the players did warrant a place in the IPL teams or at least in SRH team. The two Hyderabad players who will feature in the 2019 edition are Ambati Rayudu (Chennai Super Kings) and fast bowler Mohammad Siraj (RCB). Rayudu, who has quit first class cricket, was the top scorer for the eventual champions CSK.

However, former Hyderabad captain G Hanuma Vihari, who was ignored by the franchises in the last two seasons, was brought in by Delhi Capitals for Rs 2 crore. The Andhra captain, who was impressive in his Test debut against England and looked a composed batsman in the Perth Test against Australia, has been among runs both in shorter and longer formats of the game. In fact, he was hurt when he was sidelined by the IPL teams but fought way his back into the DC team this season.

Ricky Bhui, the top run-getter for Andhra this season in Ranji Trophy, has been retained by the SRH team. Left-arm seamer Prithvi Raj Yara was the third Andhra player, who was roped in by Kolkata Knight Riders for Rs 20 lakh.

There were no takers for Hyderabad players. It has left some of the players demoralised. Former Hyderabad opener Vijay Mohan Raj felt that some of the players deserve a place in the IPL teams. “There were some noteworthy performances this season and we were semifinalists in the Vijay Hazare one-day tournament. It is a surprise Hyderabad players were ignored in the auction. Young players like Tanay Thyagarajan (left-arm spinner) and T Ravi Teja (all-rounder) have the potential to shine in big tournaments like the IPL,’’ he said.

Opener Akshath Reddy, too, has been among runs this season. He slammed 250 against Tamil Nadu that had mystery spinner Varun Chakravarthy, who conceded more than 100 runs. Others like B Sandeep and Tanmay Agarwal have made useful contributions with the willow both in shorter and longer formats of the game.

The tall M Ravi Kiran, who has been the pick of the Hyderabad fast bowlers, could be trifle unlucky. He has troubled the top batsmen with his late in-swingers. #KhabarLive