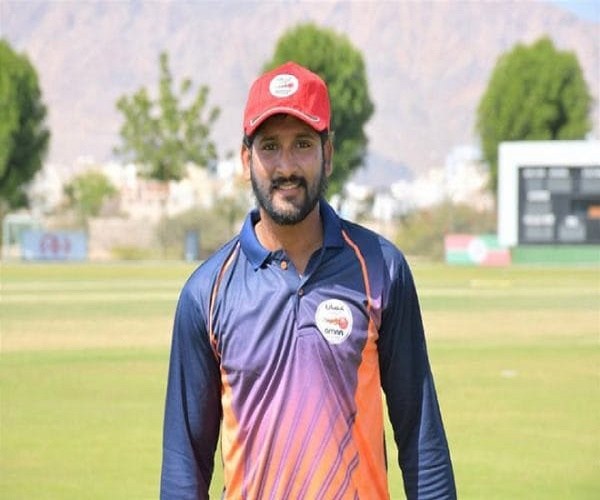 The 28-year-old Sandeep, who was a member of the Hyderabad team that clinched under-22 Col CK Nayudu Trophy in the 2009-10 season, decided to move out of his home State in 2016 after he was overlooked for the Ranji Trophy side.

“Sandeep was named Man of the Tournament for his good show in the CK Nayudu Trophy. He was hopeful about continuing his good run and was planning big before he was rejected despite faring well in domestic tournaments,” said Shravani, Sandeep’s sister to #KhabarLive.

An alumnus of All Saint’s High School, Sandeep was inspired by VVS Laxman and Mohammad Azharuddin, famous cricketers from the same school to play for the country. Sandeep represented Hyderabad in the under-19 Cooch Behar Trophy 2009-10 and Vinoo Mankad Trophy in the same season.

While studying B Com at Aurora College, he represented Osmania University cricket team which played in the All India Inter-University Cricket Tournament held in Kanpur in 2010-11. He was part of Deccan Chronicle, New Blues Club and Evergreen Clubs in the HCA A Division League Championships and was hoping to find a place in the Hyderabad Ranji side since 2013.

“We lost our father Shreemanthula Ravinder Goud around that time. My brother was feeling really low. He waited patiently for three years but to no avail. His friend Vamshi who played with him for the State team informed him about the opportunity in Oman. Sandeep was initially a bit hesitant. Later, Oman officials invited him and he decided to give it a try,” Shravani said.

ALSO READ:  Why The ‘Statue Of Liberty’ Appears At 'Jeddah' Corniche In Saudi Arabia?

Sandeep was recruited by Khimji Ramadas Company in Oman after coming across his performances. “He works there as an Immigration Officer and they relaxed the age limit for him to play for the country,” Shravani added.

Sandeep made an instant impact by scoring unbeaten 55 for Oman Development XI against Ireland in a practice match at Al Amerat Stadium. In his debut for Oman, he bagged two wickets and scored five not out against the Netherlands. Sandeep top-scored with unbeaten 31 off 19 balls against Scotland in his second international match held on Sunday.

Sandeep will be next seen in action in Kenya by the end of February. He stands a good chance to travel to Australia later this year to take part in the ICC T20I World Cup qualifiers.

All Saints coach Denzil Balm added that Sandeep was a talented all-rounder. “He was a consistent performer, both with the bat and ball. But unfortunately, he was given a raw deal by the selectors. I’m happy that he is representing Oman.’’ #KhabarLive