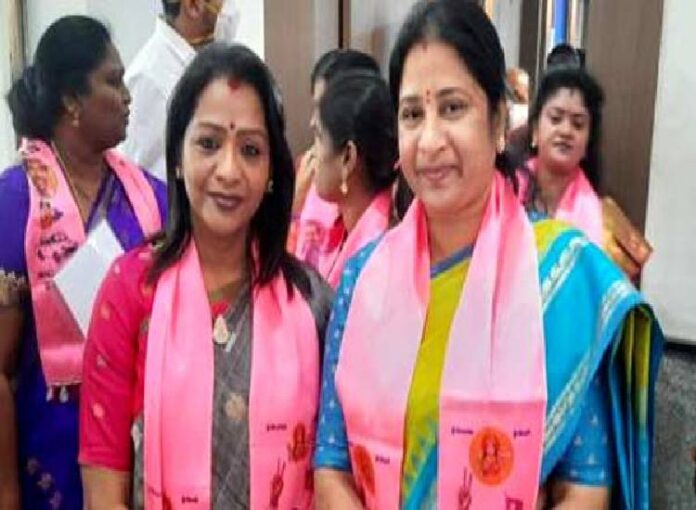 After the suspense over the sealedcover strategy by TRS supremo KCR on GHMC Mayor and Deputy Mayor election, at last ‍‍Gadwala Vijaya Lakshmi, corporator from ward no. 93, Banjara Hills of Telangana Rashtra Samithi has been elected as the new mayor of Greater Hyderabad Municipal Corporation (GHMC). The mayor has been elected by show of hands.

Gadwala Vijaya Lakshmi is now the 17th mayor of GHMC. Mothe Srilatha of ward no. 143 of Tarnaka has been elected as deputy mayor of GHMC.

The TRS party has won 56 wards out of the 150 in the Greater Hyderabad Municipal Corporation. #KhabarLive #hydnews