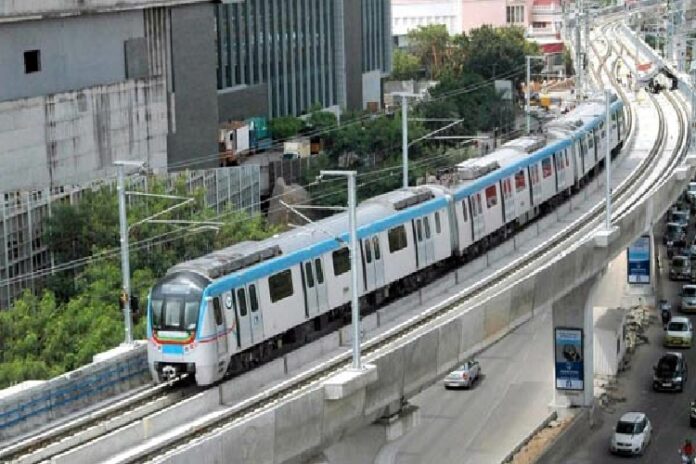 Though the lockdown has been partially lifted and the Hyderabad Metro Rail has started chugging once again, its fate may have been sealed permanently.

This is because the Metro Rail has incurred losses of nearly Rs 300 crore for the five-and-a-half months that it did not operate. Additionally, it is running much below capacity since the period the Metro Rail has again began operations earlier this month.

From four lakh a day before the lockdown, the Metro Rail is now transporting only around 45,000 – 50,000 passengers per day presently. This would mean that the Metro Rail will still make losses with such a low passenger load.

The passenger numbers have not recovered because of multiple reasons. Firstly, passengers are still very chary of patronising Metro Rail services because of the scare that Covid infection would spread rapidly in the Metro Rail compartments.

Secondly, the fact that major offices are still closed and so are educational institutions have kept passenger traffic low.

The extension would allow the Hyderabad Metro Rail Limited company to make up for the losses made for the period that it was not operating.

Sources suggest that the Hyderabad Metro Rail Limited is yet to invoke the force majeure clause but is mulling seriously overwriting to the state government for ‘financial aid’ to cover the losses.

Otherwise, it will languish without full patronage of the state government that has powers to put things right.

The project for the Metro Rail was first awarded in August 2008 to a consortium led by Maytas Infra- that was promoted by Ramalinga Raju of Satyam fame. However with the Satyam scam coming to the fore, the project went to cold storage and was withdrawn from the group. After fresh tendering, the project was awarded to Larsen & Toubro (L&T) which was very keen at that point to participate in a project in the state. Earlier, the company had been keen to take over Satyam which however was given to the Mahindras.  However at that time, many analysts had felt that Hyderabad did not require a Metro Rail and it was just a fad that was promoted by the private sector looking for profitable opportunities.

Major cities like Delhi, Mumbai and Bengaluru landed with Metro Rail and even smaller urban conglomerates like Ahmedabad and Kochi are ready with similar proposals. “Once Satyam collapsed, better sense should have prevailed upon the government and it should have withdrawn the project. But the Chief Ministers then – K Rosaiah and the then Union Urban Development Minister S Jaipal Reddy were under the mistaken impression that the Metro Rail was greatly needed by the city. It is due to their misplaced efforts and zealousness that the government restored the project in Hyderabad,” an analyst said.

The Metro Rail project is now run by L&T but the state government is an equal partner in the project. The project was conceived in the earlier years of this century by the then chief minister N Chandrababu Naidu and after a failed attempt by his predecessor YS Rajasekhara Reddy and finally took shape during the KCR regime.

Though in most cities – like Delhi- the Metro Rail is run partly underground and partly over the ground, this is not possible in Hyderabad. With its rocky terrain, the entire rail line in Hyderabad is over ground.

This has led to displacement of more people and a higher cost to build lines at an elevated level. There are three lines that run from Uppal and Miyapur and from Uppal to Hitec City.

The third line runs through the Old City and has been the subject of many controversies. Now the line to Hitec City is proposed to be extended to Gachibowli. Such a proposal had been mooted by experts a long time ago when land was freely available. But the proposal had fallen on deaf ears. #KhabarLive #hydnews