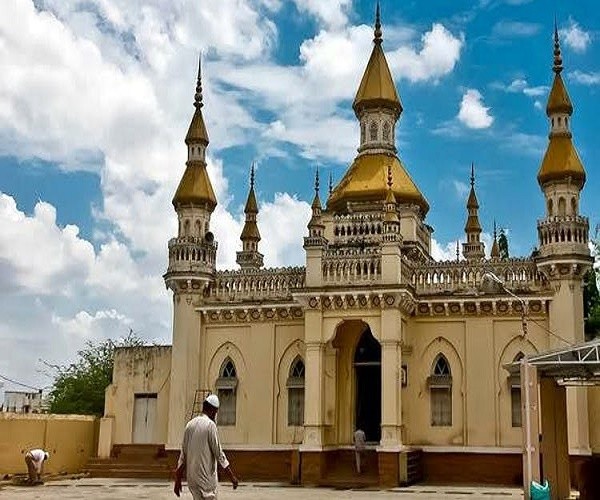 The event, named “Visit My Mosque”, drew as many as 1200 people last year across various religions. The Masjid-E-Rehmat-Alam mosque in Hyderabad opened its door for people of different religions to spread communal harmony, peace, and brotherhood.

Keeping in mind how various religions coexist in India, a group of 20 volunteers came up with this idea for the public at large to meet, share, and experience the value and culture of Indian Muslims. It also aims at bringing awareness to the public on how the mosque functions and how prayers are offered.

Speaking about the event named “Visit My Mosque” which drew as many as 1200 people last year across various religions, the chief organiser, Mohammad Ahmed Khan, told #KhabarLive: “It has been complete teamwork to bring people here.

This is the third time we have done such an event. We call our Hindu brothers to visit the mosque and tell them how we offer namaz and a mosque functions, so that, there is no misunderstanding between the people. It’s an attempt to promote peace and harmony. I am pleased with the feedback we have got so far from the visitors.”

A visitor, Lekha, said: “I have found this experience to be extremely revealing, mainly because, for us, it’s a very closed society. I have never been inside a mosque. I have been outside of a mosque several times. I didn’t even know that women are also allowed inside a mosque. So, for me, it’s a very nice experience. I have also loved the way they explained to us the entire thing.”

Another visitor, Navneeta, also lauded the organisers for the initiative, which, she said, helps expand one’s knowledge about the subject. #KhabarLive