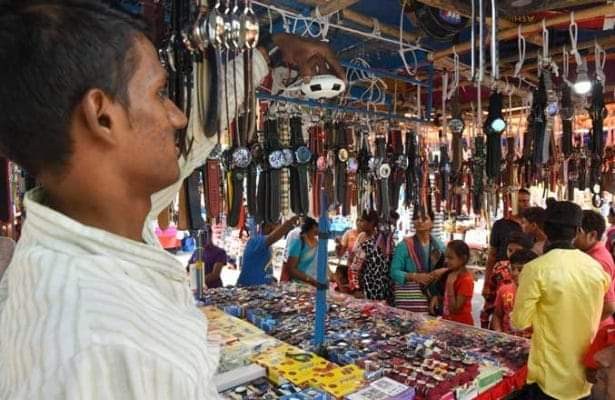 Come Ramadhan and muslims do lots of shopping in this month. Women do window-shopping in the entire month. The shopping spree sometimes creates new sense and lead to a big fight by se habitual offenders. To curb this activity, usage of technology playimg a major part.

Technology is manifesting itself on pushcarts in Hyderabad’s old city. If it were supermarkets and high-end malls that hitherto used closed-circuit television cameras to keep an eye on fake and troublesome customers, pushcart vendors on the streets of the old city too have now gone high-tech. Several of these vendors are now installing multiple CCTV cameras on their pushcarts by investing a few thousand rupees.

The trend began with the Ramzan month shopping picking up and thousands of people thronging the markets in the Old City. “There are instances when people get confused over the money they hand over to us. To avoid conflict, we show them the footage recorded by the cameras and settle the issue. Otherwise, it could lead to big fights and unnecessary trouble,” says Mohd Khayadth Ali alias Pappu who has installed four cameras on his pushcart on which he sells wristwatches.

There were several instances when a few antisocial elements tricked him and made away with his watches. “We catch them in the act and when they feign ignorance, we show them the footage,” said Pappu. Several pushcart vendors on the Charminar-Madina Building stretch too have installed CCTV cameras on their pushcarts.

One, who sells imitation jewellery, says there are occasions when people come in groups and steal merchandise. “Women take the article and sneak it into the bags. We cannot frisk them. So we stop them and in the presence of the public, show the footage. It is not regular, but is common in the markets,” he adds.

Assistant Commissioner of Police (Charminar) B Anjaiah said that prior to the month of Ramzan, the police had held a meeting with the business community including small-time traders and asked them to take measures for surveillance of merchandise. “As the markets are crowded during Ramzan, some persons come and try to steal things from the pushcarts. So we advised them to install cameras to identify such elements and to confront them with evidence,” said the ACP. #KhabarLive