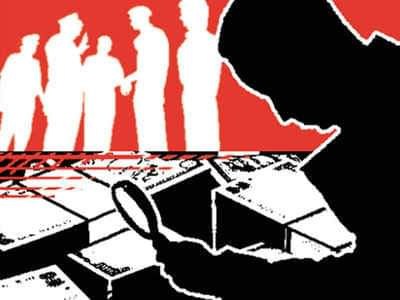 For the last 24 hours, Income Tax authorities have been conducting search operations in the houses and offices of Sandhya Realtors Pvt Ltd and Sandhya Hospitality Pvt Limited, owned by prominent realtor S Sridhar, at Jubilee Hills, Madhapur, Raidurgam and Gachibowli.

The search operations have also been going on at the houses of four other partners of Sridhar in the city.

According to preliminary reports, the I-T sleuths found that Sridhar was conducting real estate business on behalf of some prominent people.

They are quizzing them to get more clarity in benami transactions. According to sources they have seized many key documents pertaining to the benami business.

According to a report in a national daily, Sridhar had real estate dealings with Nara Bhuvaneshwari and Nara Brahmani, wife and daughter-in-law respectively of Telugu Desam Party president and Andhra Pradesh chief minister N Chandrababu Naidu.

Apparently, Sridhar had bought Bhuvaneshwari’s plot at Punjagutta for Rs 7 crore and another two plots from her.

However, the market value of these properties is said to be much more and Sridhar had allegedly not shown the profits in the record books.

There have been allegations that all these transactions were actually benami and the sale and purchase was only on the records to convert black money into white.

The IT department authorities are said to be grilling Sridhar for his links with Naidu family. #KhabarLive