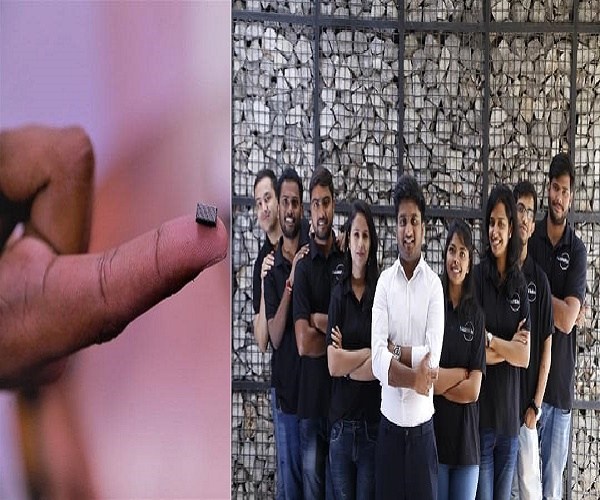 An entrepreneur Sunil Kumar Maddikatla wanted to build products not for today but for the future – something that would be useful 5-10 years down the line. That’s the thought process with which he began his entrepreneurial journey back in 2014, when terms such as Internet of Things (IoT) were just emerging.

“When I first came across IoT, I saw it as a potential for portable electronics, something that is of the future. I realised that IoT, Wearables and Biomedical applications are going to be the future and wanted to find ways to make them as efficient as possible,” the research scholar says.

Thus, began the journey of his startup BlueSemi. Sunil says that for portable electronics, it’s all about the Power area and accuracy – how much power it consumes, how small it can be and how accurately it can measure the data. He wanted to build integrated chips for devices that consume ultra-low power, take up low area and are of a low cost with the highest accuracy.

Sunil then came up with the ‘Zero Concept’, which means a device with Zero Size, Zero Power, Zero Cost, but 100% Accuracy. Keeping this as the base, Sunil began his research on building electronic devices that could run on the Zero Concept.

“For zero battery, we had to look at renewable energy sources. Since solar panels are large, we started looking at other sources such as body temperature, radio frequency energy like Wi-Fi modules. The idea was to build devices that consume nano watts of power as against current devices which consume milliamps,” Sunil says.

On the zero-battery side, BlueSemi is now working on energy harvesting, a concept that will ensure devices consume ultra-low power. Energy harvesting is a process where energy is derived from external sources, captured and stored for small, wearable autonomous devices like those used in wearable electronics and wireless sensor networks.

“For example, we pick up radio frequency from WiFi modules, ambient light from regular lighting and body temperature from our bodies,” Sunil says.

Another innovation it is working on is an ultra-low power real time clock. A real time clock (RTC) is a computer clock that keeps track of the current time. A real time clock is used to synchronize the data inside your devices and manages active and sleep modes of all the modules. RTCs are present in almost every electronic device, which needs to keep accurate time.

“And an RTC usually consumes a few milliamps to a few microamps of power. In a wearable, while the whole system consumes only a few microamps, RTC itself consumes three microamps. So, we wanted to create an RTC which consumes ultra-low power and came up with a design that consumes only 10 nano watts. This is 100,000 times less than the existing design. This is also a client-validated product. We have proven to be the worlds ultra-low power real time clock,” Sunil says.

One application for this, is in mobile phones, Sunil says. What if there is a sensor (real time clock) that understands when your mobile will be in sleep mode and when in active mode. “We thought, what if there is a auto sensor network along with real time clock that controls when it’s in sleep mode and when in active mode and decide that in sleep mode, it will switch supply from battery to energy harvester and in active mode, from every harvester to battery mode. This way, the phone will save a lot of battery. In the best-case scenario, your phone could last 6 days and in worst case scenario 2 days,” Sunil adds.

Sunil says that it has proven each of its prototypes separately and is now working to combine everything and bring it as a single product that is more efficient and serves a better purpose.

“The next version we will release in April or May, where we will prove the functionality to investors. We are trying to put all this on a chip which will be one millimetre square area and power up smart wearables through that. It will be without a battery or anything, we will just connect a cable and with energy harvested from RTC and Energy Harvester, the wearable will start charging,” Sunil says.

BlueSemi is already in talks with eight clients across Europe and Asia Pacific, including manufacturers of smartphones and wearable devices. It is looking at a host of applications for its innovations. It is also working on a wireless sensor network for retail

Sunil says that this concept has the promise of volumes and the higher the volume, the lower the price of its chip can be.

It is also looking at entering into licensing deals with customers where they can embed the chip into their processors during the manufacturing stage. “BlueSemi will charge them on a chip basis. Every chip they manufacture, they need to pay us some royalty for it,” Sunil adds.

While it is still in a testing phase, the startup hopes to generate revenues from the third quarter of 2019.

It is also working on powering up an entire processor whose functionality will imitate that of a human being – understanding the five senses. And the innovation won’t stop there. In 10 to 15 years, the startup wants to be an original equipment manufacturer (OEM). Sunil says the startup will power multiple domains with its Zero Concept and have a global footprint.#KhabarLive