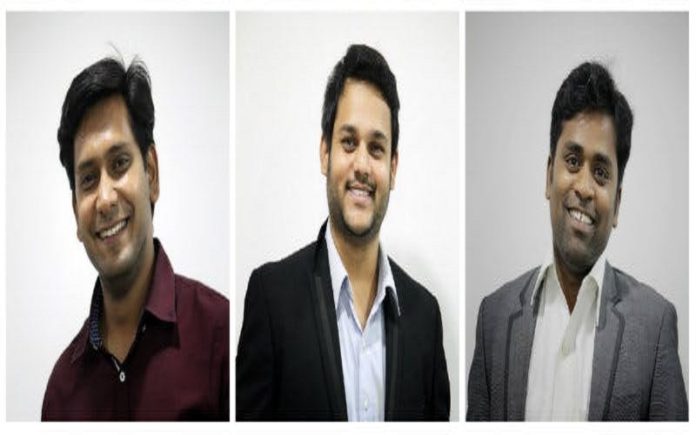 Started by three NIT Surat graduates – Viswanadh Malladi, Madhav Reddy Kolli, and Santosh Samala – the T-Hub incubated startup has developed a product called air suspension seat for bikes and cars that will reduce the jerk a rider a feels while riding on bad roads.

Travelling on bumpy roads filled with potholes is a nightmare for every Indian rider and the shock absorbers in our vehicles are no match to them. However, one Hyderabad-based company Fego Innovations is all set to ease this problem by providing accessories for your vehicle.

Started by three NIT Surat graduates – Viswanadh Malladi, Madhav Reddy Kolli, and Santosh Samala – the T-Hub incubated startup has developed a product called air suspension seat for bikes and cars that will reduce the jerk a rider a feels while riding on bad roads. The two-and-a-half year old company was started in Hyderabad and has managed to sell 500 units without any marketing and purely through crowd funding. The innovators also showcased their product to Prime Minister Narendra Modi and Israeli Prime Minister Netanyahu in Gujarat when the latter had visited India.

“We spent almost two years in researching and manufacturing the product and we have received a lot of support from the Central government as well as other State governments and of course T-Hub. Through our crowd funding initiative on fueladream.com, we were able to raise Rs 25 lakh, making us India’s largest crowd funded product,” Malladi told KhabarLive.

The working of the seat is quite simple yet helpful. The air suspension seat is fitted on top of the bike seat or car seat and it creates space for the rider thus making the impact on bad roads less jerky. And according to Malladi, it can reduce jerk by up to 46 per cent which is much higher than the acceptable norm.

While the innovators had the option of developing a new vehicle altogether, but they stuck to making accessories as they wanted to reach as many as people as possible with their solutions. The seat helps the rider not only have a smooth ride but also helps in reducing back pain, fatigue and other health issues arising out of bad roads.

Going ahead, the startup is all set to go live on Amazon Launchpad and is also in talks with seven to eight distributors who can sell their product in the offline market. In terms of investment, the company has got a grant of Rs 6.5 lakh from JNTU under its MSME-Technology business incubator programme, Rs 10 lakh from NID Ahmedabad and raised Rs 65 lakh from angel investors. “In our next phase we are looking to raise Rs 4 crore and plan to close the deal in the next four months,” Malladi said.