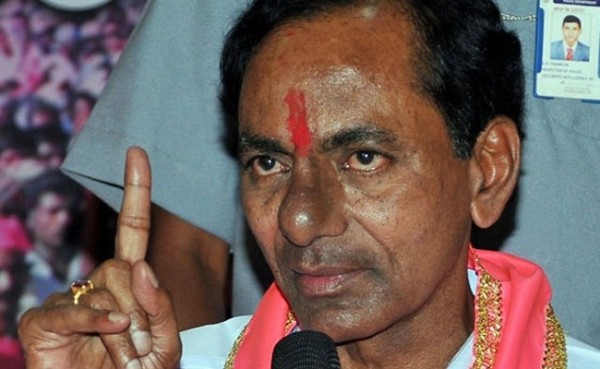 The 17th plenary of the TRS, moved by party general secretary and Rajya Sabha member K Kesava Rao, adopted a resolution entrusting the task of forming a federal front to KCR, asking him to take a decision on foraying into national politics.

KCR declared that in the next two or three months, he would speed up the efforts to form the third front.

“It will create political tremors in the country with Hyderabad as the epicentre. I have already met several regional party leaders. I am going to meet Samajwadi Party leader Akhilesh Yadav and DMK leader Stalin shortly. I will spread the fragrance of “gulabi” spread across the country and liberate the country from the shackles of the two parties,” he said.

KCR charged the Congress and BJP with being responsible for water wars and farmers’ suicides in the country even after 70 years of Independence.

“If Lotus goes, hand will rule the country. Why? Is there no alternative to the Congress and the BJP? Both the parties have been cheating the people and looting the country,” he alleged.

He sought to know why the Centre was not solving the Cauvery water dispute.

“The Brajesh Kumar tribunal constituted in 2004 to resolve disputes among riparian states over sharing of Krishna waters is yet to complete the task even after 14 years. Is it not the failure of the governments?” he asked.

KCR charged the successive Congress and the BJP governments at the Centre with reducing the states to the level of municipalities.

“Why should there be a concurrent list in the Constitution? Why should the Centre have control over subjects like agriculture, health, education, housing, rural and urban development and drinking water supply?” he asked. #KhabarLive