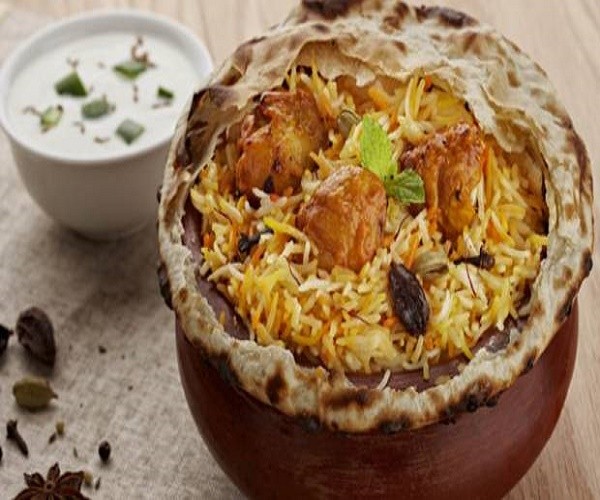 Biryani, synonymous with Hyderabad, once occupied a prime spot on the dining tables of the Nawabs and the Nizams. In short, it was a royal dish. But, it is now quite democratic, immensely popular to the extent that it has become a staple in many homes. It literally unites classes. From the rich living in palatial bungalows to the common man on the street, the love for biryani is a uniting factor.

And, it is not just the aromatic mix of chicken or mutton, rice and spices or the vegetarian variety. Stemming from the fact that the biryani is one wholesome meal, the recipe has undergone umpteen experiments, giving rise to a variety of biryanis, a majority of which owe their origin to the culinary creativity of the Telugus.

For those who swear by the Hyderabadi biryani, which still occupies the top spot in the line-up, it is time to explore, and the options are myriad. Well, almost! We can count not two or three, but at least 14 varieties of biryani that steamed into life from the Telugu kitchens.

If all these aren’t enough, the Hyderabadi biryani has got two cousins as well – the Zafrani biryani and the Sofiyani biryani!

It is not over. Yet. The Hyderabadi biryani itself has two variations again, the ‘kachhi’ (raw) one and the ‘paki’ (cooked) one, with the differences being too subtle. The subtlety reaches to that point where the meat is uncooked or pre-cooked before being layered with basmati rice and slowly steamed, in a traditional style, over coals in an earthen pot sealed with a roll of dough.

And then, there are the other varieties from across the border – also available in the city of pearls. Ever tried the Afghani biryani (prepared by cooking the rice and mutton together), or the Arabic varieties of Mandi (cooked in Yemeni style with rice, meat and spices) or Kabsa Laham (where rice and meat are cooked separately, and meat can be cooked in three different ways)?

ALSO READ:  In A Class Of Its Own 'Safa Baitulmaal' - A Hyderabad Based 'Muslim Trust' Redefines Charity

The varieties might be countless; those listed here being just what are popular on web journals and blogs, with kitchens in biryani-loving homes across the city or the country coming up with many more tasty versions. The add-ons, apart from the standard Mirchi ka salan, raita or dahi chutney as it is known in some places, too, are numerous. Hyderabad’s own Bagara Baingan is another popular accompaniment, with all these having their own distinctively different versions along with all those varieties aforementioned.

Trying out each of these varieties, learning about their origins and differences and getting hold of the recipes themselves are a mission worth the gourmands’ time.

For others, in the end, it is all about loving and tucking into that combination of tender, moist meat (or vegetables for the vegans) and rice with all its flavours, aromas and time-tested ingredients. #KhabarLive