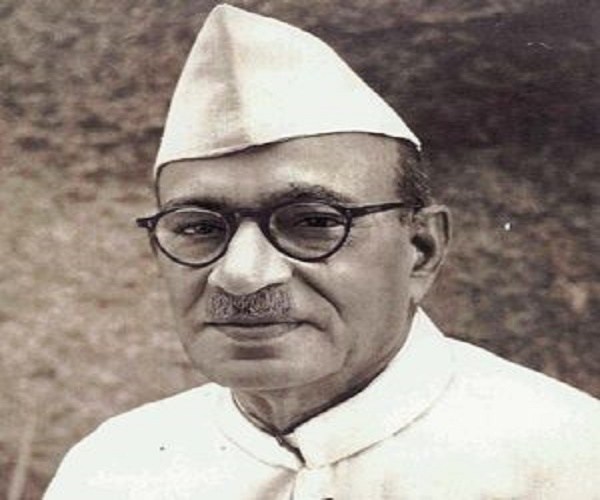 Syed Mohammed Mehdi, popularly known as Nawab Mehdi Nawaz Jung should not be forgotten by the people of Hyderabad, for there would be no trace of the upscale Banjara Hills area without him.

Born in 1894, he married the eldest daughter of Nawab Akeel Jung Bahadur, a minister of the Nizam. After his graduation, Mehdi was selected for the Revenue Department and served in Bellary, Gulbarga and Nalgonda districts.

In 1926, when Maharaja Sir Kishen Pershad became President of the Nizam’s Executive Council (Prime Minister) he was appointed as secretary to the Council and remained so for 11 years. At the end of that, he earned the title of ‘Jung’ and so became known as Nawab Mehdi Nawaz Jung Bahadur.

The beginning
For a very long time, the area around Hyderabad’s ‘Banjara Hills’ was just acres of empty land, that was until Mehdi Nawaz Jung came along.

It was 1927, he bought about 200 acres of lands in Banjara Hills from one Moin Yar Jung who was glad to get rid of the ‘waste land.’

Following this, Mehdi Nawaz Jung built a `cave’ house largely made of the existing rocks in 1930 and named it ‘Kohistan’.

He encouraged his friends to do likewise offering them land at a nominal price in lots of five to six acres each. Free water supply and electricity were also provided for six months.

The Tagore connection
When Rabindranath Tagore visited Hyderabad in 1933, he stayed at the ‘Kohistan’ as a guest of Mehdi Nawaz Jung. He liked it so much that he said that if he did not have his `Shanti Niketan’ to look after, he would have liked to settle down there.

He also composed a poem on ‘Kohistan’ and Banjara Hills and translated it into English himself:

‘From the distance thou didst appear barricaded in rocky aloofness, Timidly I crossed the rugged path to find here all of a sudden.

An open invitation in the sky,
and friends embrace in the air,
In an unknown land the voice that seemed ever known,
Revealed to me a shelter of loving intimacy.’

The last Nizam of Hyderabad, Mir Osman Ali Khan had suggested that the area should be named after the Nawab, since he was responsible for its development. The Nawab replied that the original inhabitants of the area were Banjaras and so it was only fair that it should be called Banjara Hills.

I was fascinated by a visit to the ‘Kohistan’ and came to develop a great respect for ecology as a result of that. Consequently, when I built my own house in Banjara Hills, I did not disturb any rock in the compound.

In 1987 I proposed that the ’Kohistan’ should be made into a museum at Banjara. The then chief minister, N T Rama Rao agreed to the proposal but by that time, the house had been sold away.

From 1937, for five years as Commissioner of the Municipal Corporation of Hyderabad Nawab Saheb improved the civic amenities a great deal. He also established a home for lepers at that time. Later he was appointed successively Secretary of the Development of Commerce and Industry and Agent General of the Nizam in the Berars.

During the Razakar period, 1947-48, he took long leaves and remained aloof. He retired from the government in 1949.

Post retirement
To merely call him the `father’ of Banjara Hills will not be doing justice to his multifaceted personality and his manifold services to society.

After his retirement, he took up social work with great gusto. He was instrumental in establishing the Niloufer hospital for Women and Children in 1953 for which he collected donations worth Rs. 35 lakh.

Similarly, in 1955, he collected donations of Rs.18 lakh and established the Cancer Hospital in the city which bears his name. Both are now Government hospitals.

He was the founder president of the Maulana Abul Kalam Azad Oriental Research Institute at Hyderabad.

On the integration of Hyderabad with India in 1948, he was sucked into politics. In the first popular elections in Hyderabad in 1950, he was elected to the Legislative Assembly.

From 1950 to 1960 he remained a minister. He was appointed Governor of Gujarat in 1960. On the completion of his term he was awarded the Padma Vibushan.

One remarkable thing about the Nawab was his compassion that was unrestrained by religion, community or caste.

Nawab Saheb had another very noble trait — utter simplicity and a sense of occasion. Once when he was going to a function in an orphanage he was seen dressed in clothes which were darned and had patches. His Begum too wore a very ordinary saree. When asked why they were dressed so ‘poorly, he explained to her that he was going to an orphanage and did not want the inmates to feel any complex.

It was typical of him that he should serve people even after his death and so after his demise in 1967, he donated his eyes in his will. #KhabarLive