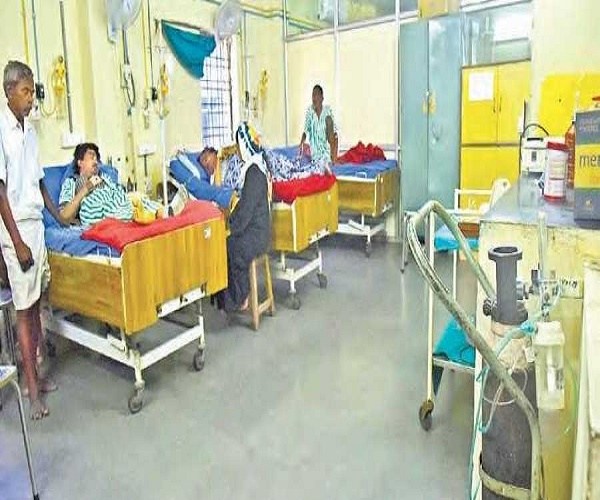 This is the sheer example of government care towards public welfare. Over a year after a Respiratory Intensive Care Unit (RICU) was constructed at the Government General and Chest Hospital, Erragadda in Hyderabad, it is without resources deemed crucial to save patients suffering from respiratory failure.

This is one of the biggest government hospitals where patients suffering from tuberculosis (TB), asthma, chronic obstructive pulmonary disease (COPD) and other respiratory problems get admitted for treatment.

Officials in the Health department said that Telangana State Medical Infrastructure and Development Corporation (TSMIDC) has submitted estimates to procure resources, including mechanical ventilators and monitors, and that they are “waiting for administrative sanction”. Sources in the hospital said since only patients suffering from respiratory problems get admitted there, mechanical ventilators are a must to save them.

Of the 303 in-patient beds there, at least 50% are occupied by TB patients. Currently, if a patient at the Chest Hospital is in need of ventilator support, they are rushed to either Osmania General Hospital (OGH) or Gandhi Hospital.

“There is always a possibility of such patients dying while being rushed to the other government hospitals. The resources for RICU are needed for patients immediately after they develop respiratory failure.

On many occasions, family members along with their patients with intense respiratory problem have travelled all the way from OGH or other hospitals to Chest Hospital. Imagine their horror when we say that they have to be taken back to OGH or Gandhi Hospital as ventilators are not available with us,” a source said.

The physical structure for RICU was constructed over a year ago. Chest Hospital’s superintendent Dr Mahaboob Khan said they have explained the importance of a RICU and placed request for resources before Health Minister Eatala Rajender during a meeting in February and that he has assured all required assistance.

Though the hospital has around three old ventilators, they are in need of repairs. To run a RICU, officials said, at least eight ventilators are needed. Dr. Khan said anaesthetists are also needed as they play a key role in attending patients in RICU. #KhabarLive