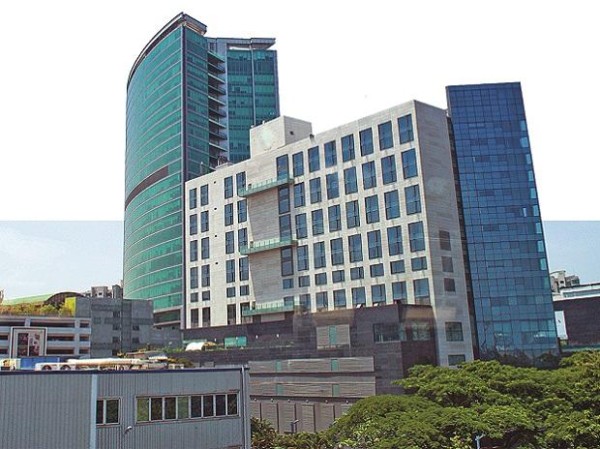 India is touted as one of the biggest IT destinations in the world, and it was one of the first countries to benefit from the outsourcing trend that originated in the early 1990s. With a significantly large English-speaking workforce and technically skilled manpower available at relatively affordable costs, India rose to fame as an offshoring hub. Within the nation, cities such as Hyderabad have emerged as the key base for this growth.

Hitec City, Hyderabad’s most expensive IT corridor has remained the most sought-after location for IT/ ITeS firms due to its evolving ecosystem, quality Grade-A office spaces, large floor plates and presence of a combination of non-IT, STPI and SEZ spaces. With well-rounded development, it exhibits a blend of residential projects, upcoming retail malls, hotels, office spaces and exhibition centres.

With most office projects here operating on a pure lease model, private equity funds have been active in transacting large-sized projects. Since there is limited stock and strong demand, several renewals have also been witnessed along with low vacancy levels, with rents trending between $0.74-0.85 per sq ft per month. Other major IT corridors for Hyderabad are Gachibowli, Nanakramguda and Raidurg, all with average rentals of $0.70-0.80 per sq ft per month, according to Ramesh Nair, CEO, JLL India.

With revenues of around $160 billion and the IT industry undergoing transmutation from low-value offshoring processes to high-end analytics functions, real estate developers are keen to cater to this segment.

Reflecting the huge demand that comes from technology occupiers, nationally, both global and domestic, approximately 70 per cent of India’s commercial Grade A stock comprises of IT and SEZ developments. Each of the major seven cities has prominent IT corridors that are preferred destinations for the IT industry.

The talent abundance in the large cities has been the primary reason for the IT industry to flourish, with the availability of quality real estate and support infrastructure being of equal importance to IT occupiers. India’s strength as an outsourcing destination will remain intact as it continues to churn out skilled engineers and industry-compatible graduates. The companies will also be able to afford the slightly higher rents in established IT corridors.

Increasing real costs are resulting in creation of newer IT corridors within the larger cities as well, with development moving further away from the city centres for offshoring occupiers.

From being just another Tier-II city, Hyderabad has emerged as one of India’s fastest growing real estate markets over the last few years. In fact, the City of Pearls — as it’s famously known as — is beating other top-tier cities like Delhi, Chennai, and Bengaluru in corporate real estate growth. A key factor driving the growth in demand for office spaces in Hyderabad is the IT boom the city has been witnessing. The city is becoming the second biggest IT hub in country as large multinational firms continue to amplify their presence in the state. Development of infrastructural facilities and the launch of Metro Rail services have improved connectivity and ease of transport, boosting the investment opportunities in Hyderabad.

A top real estate consultancy company cited that most of the 5.6 million sq ft of office space absorption were by Banking, Financial Services and Insurance (BFSI), IT/ ITeS corporate, research, consulting, and multinational analytics companies. Some of the heavy-weight corporations that recently expanded their operations in the city include Amazon, Apple, and Google. Apart from office space absorption, the city of Hyderabad is also witnessing an increase in rental values in its IT, SEZ, and extended IT Corridor, the report quoted.

The same report also mentioned that while the first half of 2017 wasn’t impressive for the city’s commercial and office market, it was mainly because of a dip in the supply of both residential and commercial units. Even then, the demand for quality spaces was much higher compared to the supplied volume.

As occupier interest continues to grow at an exponential rate, depressed supplies, and low vacancy levels are some challenging factors for the Hyderabad property market. While this indicates a strong rental sale, it is also likely to cause a surge in property prices. Seamless and timely completion of projects can stabilize supply and low vacancy levels.

With the demand for office spaces and commercial projects on the rise, Hyderabad will also attract a lot of new buyers for its residential projects. Apart from this, this huge scale of demand increase forebodes well for many other industries as large-scale influx of white-collar workers will also happen. Retail, white goods, healthcare, entertainment, and home and office décor are some of the industries to greatly benefit. This, along with the large-scale infrastructure developments happening in the city are likely to cement Hyderabad’s position among the top real estate markets in the country.

The IT Minister of the Telangana, K. Tarakarama Rao declaring that the demand for office spaces in Hyderabad has surpassed Chennai, Delhi, Bengaluru, and other metro cities in the last two years. According to him, the city, due to its geographical location, is right now the most attractive place to set up businesses. The state-of-the-art infrastructure facilities that Hyderabad offers, has helped the city to emerge as one of the most sought-after destinations in India, Rao added.

K. Tarakarama Rao also stated that the launch of Metro Rail services in Hyderabad, and the proposed Monorail service in the city’s IT Corridor, have heightened investor interests significantly. The first phase of the Hyderabad Metro Rail has been tremendously successful, with more than one lakh people using the service on a daily basis. The remaining three corridors of the Metro Rail will be completed in the next one year, Rao assured.

The western and south-western neighbourhoods of Hyderabad, especially the Hitec City and its surrounding areas, have grown rapidly in the past few years, and hence, these localities are nearing saturation on the commercial space front. This is why investors and industrialists are increasingly moving towards the eastern part of the city around Uppal and Adibatla, which have now emerged as the newest and hottest destinations facing increased demands for office and commercial spaces in recent times.

Hyderabad’s real estate market is undergoing changes that are signalling steady growth and it isn’t showing any signs of slowing down.

The growth of office space in South India for the next five years is pegged to be at around 100 million square feet of Grade A office space, according to industry experts. The growth is seen to be led by Hyderabad, which would see 78 per cent addition to stock. Chennai will see the second-largest growth rate in South India with 41 per cent growth while Bengaluru may see a 33 per cent over the period.

“In the next five to seven years, we expect to see all three south India office markets to grow at a healthy pace. The three markets will add approximately 100 million square feet of Grade A office space, which will be led by Hyderabad adding close to 40 million square feet. Chennai (+41%) and Bangalore (+33%) will also see a healthy increase their Grade A office space supply in the next few years,” said JLL India.

Experts say that while Bengaluru has been the market leader in the office space adaption, Hyderabad has been growing fast as a competitor. Colliers International has recently commented that Hyderabad was accounted for 13 per cent of the total office absorption, exceeding Mumbai, the financial capital of India, during 2017, and there has been a surge in consolidating and relocating activities to be more cost-effective.

The Bengaluru office built space has doubled in the past decade and at present, the city accounts for about 25 per cent of India’s total Grade A office inventory. However, the growth has come at the cost of unplanned urbanisation and created massive pressure on existing infrastructure.

Chennai may see an estimated 15 million sq ft of office space to get absorbed in the next five years creating close to 2,00,000 new white collar jobs in the city, says JLL. The office vacancy in the city declined to 9.2 per cent in 2017 from 19.5 per cent in 2014. Falling office vacancy and improving office absorption reinforced confidence among major developers such as Brigade, DLF, Embassy, RMZ and K Raheja Corp to come up with new office projects in the city.

“Towards the end of 2017, Chennai attracted new investments such as Peugeot and Freudenberg and saw more investments coming from existing players such as Hyundai and Saint Gobain. Chennai has also attracted about $ 8 Bn in private equity since 2008 and ranks fourth after Mumbai, Delhi and Bangalore. We expect the share and the absolute value to increase as more global companies start to show interest in the market for its talent pool and attractive rental values,” said Ramesh Nair, CEO and Country Head, JLL India.