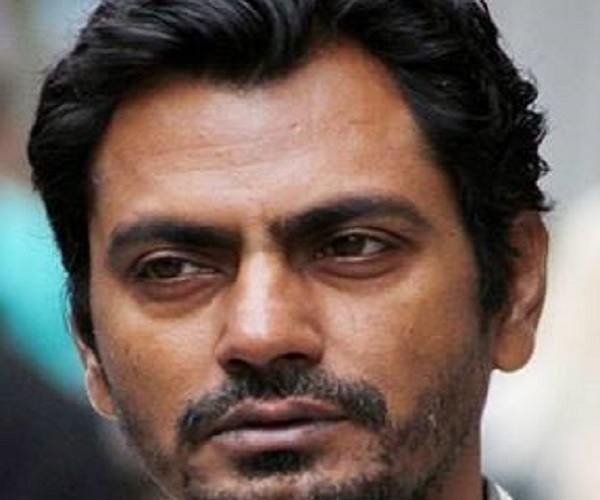 Bollywood ace actor Nawazuddin Siddiqui reveal his wish to play a role as a KCR, if his biopic will be made in future, as he believes a charismatic leader of Telangana and intelligent ruler with a brilliant characters of a great politician. Talking during the shoot with #KhabarLive, he showed interest in his future projects and desires.

Nandita Das’s upcoming biopic ‘Manto’ traces the renowned Urdu writer Saadat Hasan Manto’s years in Mumbai and Nawazuddin Siddiqui essays the titular role. Nawazuddin, who is known for getting into the skin of character states that his journey as ‘Manto’ started when he met Nandita Das in 2013. However, Nandita took around 4-5 years to do research on the film and it was finally made into a film. “I met Nandita on the glitzy red carpet of Cannes Film Festival in 2013. There she told me that she is researching on ‘Manto’ to make a film and she offered me the lead role. And I said yes immediately.”

He shares, “As an actor, it was easy for me to play the role of Manto, however, at the same time, it was a difficult character to essay. Manto was a man with a lot of emotions, angst, arrogance and humour.” Nawaz earlier staged a role in Manto’s play with an amateur theatre group. “It was 1992 when I played a role in a play penned by Manto. The second time I performed in a story by Manto, which was adapted into a play when I was in National School of Drama I can say that Manto was a great man, his thoughts, habits, behaviour, characteristics were very different. Today we don’t know ourselves, how can we know Manto; as an ideology it is impossible to understand Manto.”

Nawaz feels that Manto was a man with many specialities. He says, “My role is very sensible, no doubt. I always wanted to play a role which would match my sensibility. I feel I am a little bit like Manto, I cannot express everything in my real life, however, I am expressing those feelings and thoughts through my character. It is not easy to digest the truth in today’s world, of which Manto was the torchbearer.” Nawaz informs that the experience of filming ‘Manto’ was brilliant.

“While shooting for ‘Manto’ I was in the ‘Manto-Zone’. After many years I got a chance to play a role where I am honest about my thoughts. His thoughts were also my thoughts. I think everyone thinks in the same way but never expresses them. Whatever Manto used to see he used to pen it down and throughout his life, Manto has always spoken the truth. I think I played a character of an honest man, like whom I always wanted to be.

But you know, we may not become like Manto as I told you that Manto was the torchbearer of truth. And society may not digest the truth. I want to thank God that through this character I spoke the truth. I was involved in the character off the sets too and I also started to speak the truth and as usual, people did not appreciate it and then I felt that while in the character I might have to pay a huge price (laughs).”

Nawaz’s dialogues from ‘Sacred Games’ are trending on the social media and those dialogues have profanity in it. And when asked if it is because there is no censor on the content, on web, He says, “It’s not like that. If there is no censor it doesn’t mean that we can talk anything rubbish on the screen. We have our own limitations. The audience decides trending dialogue/s, it can have or not have profanity. In ‘Manto’ too I recited my dialogues, I never focused on delivering a particular dialogue in a particular way to make it famous; I just go with the flow and you cannot say which dialogues will be lapped by the audience.” Nawaz informs that he is not interested in doing any more web series for lack of time.

Nawaz is also essaying the role of controversial Bal Thackeray in the upcoming film ‘Thackeray’. On his choice of roles, he says, “As an actor, I want to expand my thoughts. While selecting a role I see the character, not the controversy.” Nawaz will also be seen opposite Superstar Rajinikanth and now he says he wants to work in a biopic on Telangana Chief Minister Kalvakuntla Chandrashekar Rao if its made. “KCR is a big celebrity and if I will get the offer I will obviously play the role. Who will not like to play the role of such a great personality.” #KhabarLive