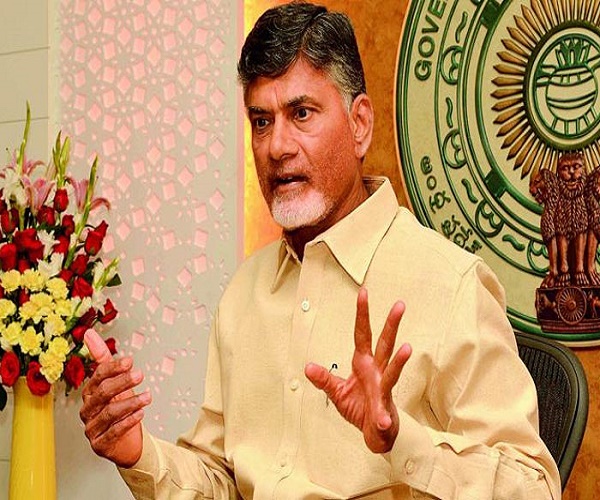 In his most outspoken interview ahead of 2019 general elections, Chandrababu Naidu has spoken at length on various issues ranging from the rift with BJP to Special Category Status to development of AP to future investments to Opposition leader Jagan to politics to administration, governance. Naidu spoke freely with #KhabarLive, where he wore heart on sleeve. Below are the excerpts from the interview:

About Failure in Telangana in 2014
Chandrababu Naidu has explained that he had never felt bad when people didn’t vote for him. He said there is nothing more happiness than doing works for the benefit of people. The satisfaction is great in doing work.

Instead of sulking over failure (not winning in elections),

Hyderabad is my brain child. Though the people of Hyderabad didn’t vote for me in 2014, my work for the city and love for its people remains the same.

My Government Will Come in 2019
Many investors have been raising their apprehensions whether they would face any difficulties if I will not form government the next term. To all those people, I’ve been assuring them that I’ll be back into power in 2019 as well. My government will comeback to power. Unlike before (2004-2014), we’re more careful today and we have been balancing growth, development across people, regions.

4,40,000 Crore investments into AP have been confirmed only due to the trust investors imposed on me, my ability. Still many investors feel their investments are secure in my leadership and my government is business-friendly.

National Politics
TDP is the first to dominate national politics since the time of Conclave that is before National Front. Even TDP has played crucial role in NDA. We continue to play very pivotal role in the coming years as well.

Rayalaseema Development
Earlier, Rayalseema was facing acute drought. Whereas today, Rayalaseema has abundant water. If you visit Anantapur, water is available in abundant now days. Even prestigious Kia Motors has set up its unit and its first production to start in March 2018.

No where Rayalaseema is ignored. Have anyone thought of bringing Kia Motors to Anantapur? Have anyone dreamt of bringing Airport to Kurnool and Orvakal Industrial Hub? Have anyone believed of Sri City Zone up to Tirupati with huge hardware, electronics, chip industry? Who are all talking (BJP, YSRCP) today for Rayalaseema have not done anything to it so far. They’re just trying to ‘cheat’ people through words. People know reality. The people of Rayalaseema are enjoying its benefits. I’m also from Rayalaseema. One can’t question my integrity for my region.

AP Needs 10 to 15 Years
AP has gone through most difficult and unexpected phase. First AP’s capital has moved from Chennai to Kurnool. After 3 years, its capital is shifted to Hyderabad. After 60 years of development in Hyderabad by NTR and me, it has been moved to Amaravati.

I urge people of AP to work hard for 5 to 10 years and after that we need not look back. Definitely, what AP has gone through is historic, unprecedented. But one muster courage and work towards development. We shouldn’t live in past anymore.

Centre Attitude
Even if anyone comes to power at Centre, I don’t think, they will be able to do complete justice to AP as they will have their own issues with other states. We should depend on our abilities, our brain power instead of depending on others. No doubt, we should fight for our rights. At the same time, we should also work towards our goals. Only then, as a state, we can progress. #KhabarLive