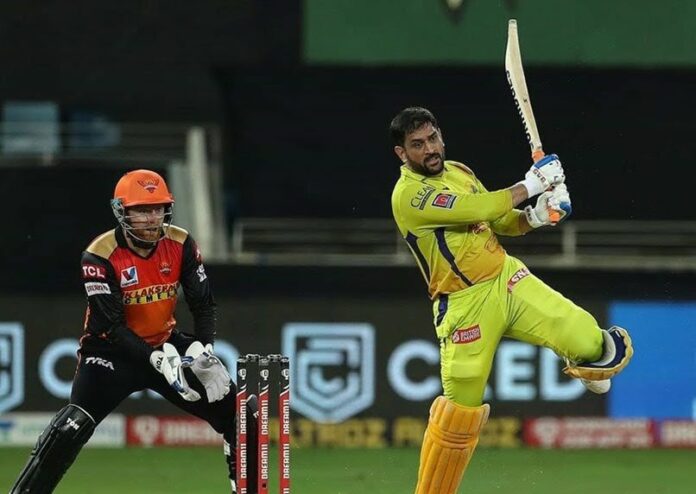 In IPL, SunRisers Hyderabad have lost two of their last three matches, while Chennai Super Kings are at the same spot, but have more losses overall, so these will be two of the most stiffly-contested points in IPL 2020.

CSK captain MS Dhoni has a lot to worry about when they face SRH in a crunch game. Nobody in the great form of play. According to experts, the game will be on stiff side of the play and players strategy.

CSK and SRH badly in need the points to stay in this IPL2020 league. They are in the down of ranking as expected high.

The best part about the SunRisers Hyderabad-Chennai Super Kings match at the Dubai International Cricket Stadium is that one of them will come away with two points.

That, however, will be quite a blow for the other side, since as IPL 2020 approaches the business end, it will become more and more difficult to recover. While SRH show odd signs of life, CSK seem to have entered the twilight zone, with no end in sight to their miseries, especially on the batting front.

SRH made a fist of trying to defend a mediocre score against Rajasthan Royals in their last match and but for a rocking partnership between Riyan Parag and Rahul Tewatia, they may well have come off with a near-upset.

That doesn’t take away from the fact that defending 158 against a half-decent side will more often than not result in a loss. CSK, on their part, fell prey to their poor batting and the combination of Virat Kohli finally taking off and South African fast bowler Chris Morris taking the field.

Kohli hammered the bowling like only he can when in form, getting 90 not out off 52 balls and then Morris, playing his first IPL 2020 match, returned figures of 3/19. Ahead of the Morris show, Washington Sundar claimed the wickets of Faf du Plessis and Shane Watson in double-quick time and the battle was as good as over, with no one else standing up to be counted.

CSK’s batting has been in this vein for the last two matches and somewhere down the line the think tank needs to realise that infusion of new blood is a must. This tried and tested formula of fielding just the veterans for all situations is failing, more so with MS Dhoni now beginning to falter at the business end.

ALSO READ:  'Healthy And Variety Fishes' On Live Order, Get Door Delivered At No extra Cost In Hyderabad

SRH aren’t that much better either, but of the two sides, they look a little more cohesive. Naturally big runs are defended better, but both sides have been guilty when defending or chasing moderate targets, to this one may end up being a battle of who makes lesser mistakes on the day. #KhabarLive #hydnews