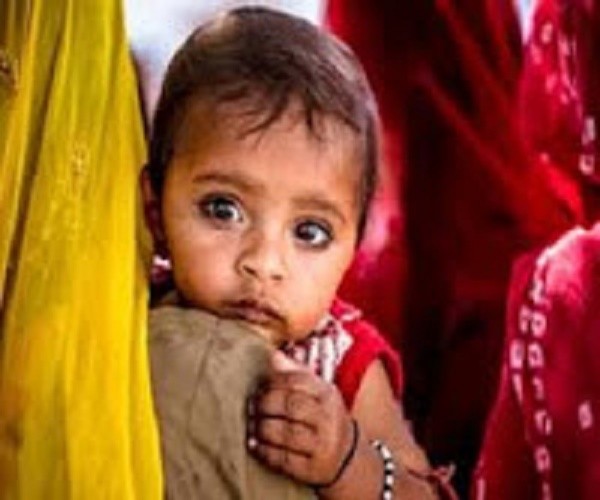 Swachch Bharat Abhiyaan is acheived by Modi’s government but the reality is quite different, as many as 19% of the facilities did not have wash basins near toilets and patient-care areas.

Half the post-natal wards of primary healthcare centres lacked toilets, as did 60% of larger community health centres in Madhya Pradesh, which has a higher maternal mortality rate than war-torn Syria.Open defecation was allowed within 38% and open urination in 60% of health facilities (PHCs, CHCs, area and district hospitals) in Odisha’s Ganjam district, which has the same maternal mortality rate as the impoverished African country of Gabon.

In the Karnataka district of Raichur–with a maternal mortality rate worse than Zambia’s–most healthcare facilities reported having adequate cleaning chemicals and equipment but since 76% of cleaning staff posts were vacant, seven in 10 toilets were dirty.

So, despite the fact that 79% of babies were born in hospitals in 2011-’12, up from 41% in 2005-’06, according to government data, India continues to have the highest rate of maternal and infant mortality among emerging nations.

Water and sanitation hygiene facilities – as they are collectively called – were often absent; if pipes were laid, water was often unavailable; and there were largely no data or national planning for such facilities in PHCs, CHCs, area and district hospitals surveyed by WaterAid over 2014 and 2016 in 12 districts of Uttar Pradesh, Madhya Pradesh, Andhra Pradesh, Telangana, Odisha and Karnataka.

As many as 167 Indian mothers die during every 100,000 live births, a rate higher than Cambodia with 161, and 22 infants die after every 1,000 live births, according to the Ministry of Health and Family Welfare data.

The rising number of child births in hospitals, correlated with falling maternal and child mortality, has been a result of government programmes, such as Janani Suraksha Yojana. But the WaterAid study indicates that unhygienic hospitals may be a reason why India’s maternal and infant mortality rates are almost similar to Cambodia, Bangladesh and Nicaragua, all poorer nations in terms of per capita income.

We compared maternal and infant mortality data in the six states that WaterAid surveyed and found that Andhra Pradesh had the lowest percentage of toilets in health facilities with 28% in hospitals followed by Telangana with 47.6%, according to health ministry data.

More than 50% of healthcare facilities in the other states had toilets, but the survey indicates that these may not be maintained well or have water.
A look at the findings in each state (the survey parameters differed in many states):

Waste, including medical waste, was thrown near 40% of 48 borewells across the four districts. Stagnant water present around them raised the possibility of contaminated water.

ALSO READ:  Who Are 'Maintaining GHMC Parks' In Hyderabad?

Only 43% of 76 medical officers (one per facility) interviewed reported having training on preventing infections.

Odisha: Dodgy toilets, waste water released in the open
The Odisha survey was limited to 34 public health facilities and one district hospital in Ganjam district. More than 60% of toilet facilities were found to be unclean and non-functional.

Nearly half the facilities had never chlorinated water tanks, making them vulnerable to waterborne diseases; 73% of health facilities did follow a safe-filtering technique (reverse osmosis/ chemical process/ biological process) for their drinking water. Waste water was drained into open areas in almost 85% of health centres.

Up to 96% of the facilities had wash basins inside the labour room.

Karnataka: Enough cleaning equipment but dirty toilets because staff posts vacant
Up to 30 healthcare facilities were surveyed in the district of Raichur. With a maternal mortality rate of 255 per 100,000 live births, it was only slightly better than Nepal with 258; with 71 infant deaths per 1,000 per live births, the infant mortality rate was the same as Nigeria (69), according to the zilla parishad, a local government institution, website.

Seven in 10 facilities had unhygienic toilets because there was no one to clean them: 76%of cleaning staff posts were vacant. Of 30 facilities, 12 did not have a urinal and open defecation was evident in 63%.

Of 17 facilities with borewells, the area around the wells was clean in 11 facilities; in the other six, the area was filled with garbage.

Telangana and Andhra Pradesh: Water and wash-basin shortages and poor water quality. Both the states were clubbed together, with one districts from each state surveyed: 81 healthcare facilities from Vizianagaram in AP and 59 facilities from Nizamabad in Telangana.

Nearly 22% of toilets were either not working or were broken, 25% were inaccessible, 24% were dirty, 24% did not have enough water and 24% had no wash basins within 5 m of the toilet.

In Vizianagaram, 36% of sampled PHCs reported inadequate water, as did 47% PHCs in Nizamabad. Despite reports of poor water quality, less than half the PHCs and CHCs in both districts regularly chlorinated their water.

Up to 19% of facilities did not have wash basins near toilets and patient-care areas and 25% did not have soap.

Uttar Pradesh: Dirty first- and second-tier healthcare, poor hand hygiene in hospitals
Conducted across 63 healthcare facilities in Varanasi, Agra, Lucknow and Banda district, the UP survey was conducted on behalf of the Ministry of Health and Family Welfare. Health facilities were scored on a scale of one to 10, with 10 being the best quality.