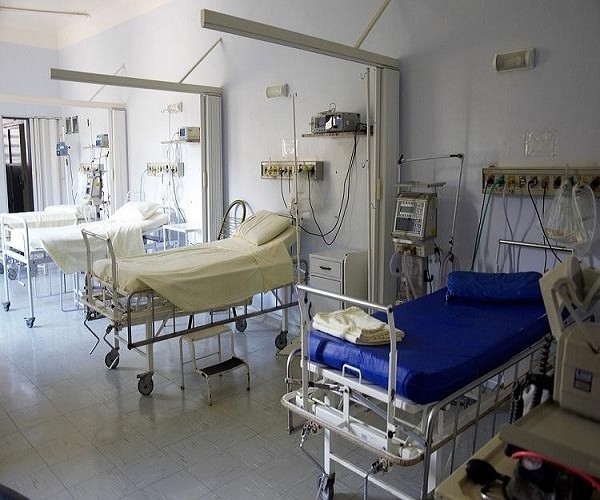 Over 180 out of 220 private hospitals in Telangana providing Aarogyasri scheme will stop providing their services over non-payment of dues to the tune of Rs 1,200 crore by the Telangana State government. The strike comes at a time when the state is all geared up for elections on December 7.

Aarogyasri, a flagship health scheme was launched in 2007 in united Andhra by the YS Rajasekhara Reddy-led government with the aim of providing free healthcare to families Below Poverty Line (BPL). The rate packages of the scheme for the hospitals have not been revised to the satisfaction of the hospitals, “The non-revision of package rates and the non-payment of dues have adversely impacted the financial viability of the scheme for the hospitals under the Aarogyasri hospital network.

The non-payment of dues has impacted the availability of working capital. Over the years the operational costs of hospitals have gone up but the rates at which the state government pays the hospitals have remained the same,” said T Hari Prakash, general secretary with the Telangana Network Hospitals Association (TNHA) that represents the 220 network hospitals.

The suspension of the scheme would impact 84.5 lakh Below Poverty Line (BPL) families, over 3 lakh state government employees and many journalists who are covered under the scheme. The hospitals have already stopped providing general Out Patient (OP) and diagnostic services from November 20 and will stop all other services for 949 types of treatments that come under the scheme from December 1.

Cardiology, road traffic accidents, orthopaedic, pulmonology related treatments, general medicine, minor and major surgeries that form the core of the scheme will be affected. The move by the hospitals has already impacted over 10,000 outpatients visiting these hospitals daily. Once the scheme is suspended from December the disruption in inpatient services alone would affect over 2,500 patients per day, estimate hospital representatives.

Forty hospitals have decided against going on strike, as they do not expect the state government to release the funds citing Assembly Elections. These hospitals will continue to provide the scheme.

The Telangana Health Department in a meeting with the hospitals last week promised to pay part of the pending dues to the hospitals but did not clarify how much they are willing to pay.

Indian Medical Association President, Dr Sanjeev Yadav Singh blamed the dissolving of the Telangana State Assembly in September for the crisis. “Before the TRS government left they did not pay the dues, the interim government was busy with elections. The Governor and the Health Department are not taking an initiative to clear the dues either.”

Telangana Super-Speciality Hospitals Association, representing over 100 super speciality hospitals in the state are undecided about taking part in the strike. “We will take a call on this only by today evening,” said Govind H, General Secretary for TSHA.

“It’s the patients who are suffering and the doctors get blamed but no one asks why the government is not strengthening the public healthcare system,” said Sanjeev who added that a lot of people who are financially well off and can afford healthcare are misusing the Aarogyasri scheme meant for the economically weaker section of society.

“If the husband is a government employee the wife will get the white card. Many of the people who avail the scheme are rich people who come in fancy cars. Using the scheme as an appeasement policy has impacted the functioning of this scheme,” he added. #KhabarLive