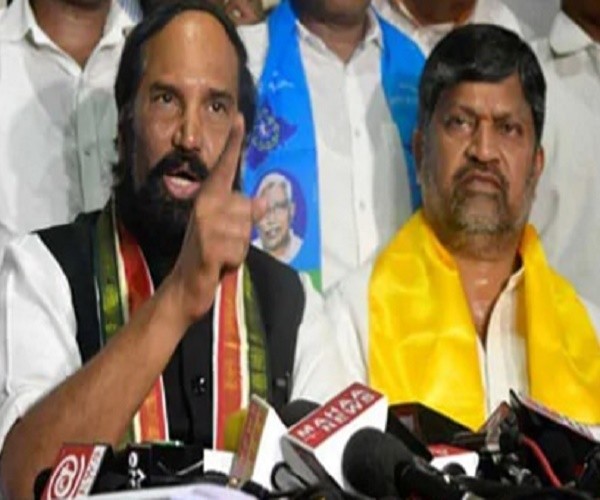 Going by the indications available as of now, the Telangana Jana Samithi headed by Prof M Kodandaram and Communist Party of India are all set to stage a walk out of the yet-to-be formed grand alliance in the ensuing elections in Telangana.

In fact, it appears the Telugu Desam Party and the Congress party are virtually fogging the the TJS and the CPI to leave the alliance on their own, as the latter are not willing to compromise on the number of seats to be allocated to them as part of seat sharing.

The TJS wants at least 17 assembly seats, while the CPI wants not less than half a dozen seats, if not 10-12.

What is worse, the seats proposed to be allocated to these two parties are insignificant as the chances of winning these seats are very bleak.

On the other hand, the Congress has adopted a liberal attitude towards the TDP. Though the Telangana TDP leaders have asked for 20 assembly seats, they are willing to compromise for 12-15 seats. The Congress is ready to give 12 seats to the TDP.

On Monday, TDP president and Andhra Pradesh chief minister N Chandrababu Naidu had a meeting with the Telangana TDP leaders and told them not to insist on more seats.

“For us, the number is not very important. What we want is alliance to defeat the TRS. If the alliance comes to power, we can ask for good positions and posts,” he told them.

He, however, assured that he would have a talk with the Congress leaders to concede another two or three seats so that the number would be around 15.

Apparently, he is of the hope that if the TJS and CPI walk out of the alliance, the TDP can ask for a couple of more seats.

“It looks like a conspiracy hatched by the TDP and the Congress to kick out the TJS and CPI, just because they are asking for genuine seats. But, that will ultimately help the TRS and we have nothing to lose,” a TJS leader said. #KhabarLive