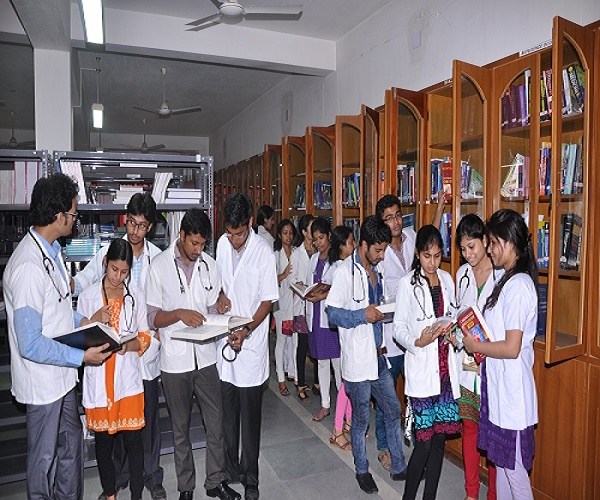 Students of private medical colleges in Telangana have raised allegations that the institutions are asking for bank guarantees and extra fees prior to admission. According to complaints by students and their parents, private colleges are asking students to pay course fees for at least three years, prior to entering their first year of MBBS. Students have also allegedly been asked to provide a bank guarantee before starting their course, as proof that they would be able to pay their fees.

Following the NEET PG counselling held by Warangal’s Kaloji Narayana Rao University of Health Sciences, several students procured seats at private medical colleges. However, when the students began reporting to the colleges, they were asked to pay fees for subsequent years of study as well, they allege.

One student from Prathima Medical College, on condition of anonymity, stated that students are required to show a bank balance as proof that they can pay the fees before they can enter their second or third year of medical college. “The college administration is being indifferent when we raise the issue with them,” he says, adding, “They tell us to show proof (bank guarantee) and pay if we can, but say nothing more than that.”

When this issue was brought up earlier in 2017, the Healthcare Reforms Doctors Association (HRDA) and the Osmania Junior Doctors Association had gone to court. After hearing the case, the court ruled in favour of students. “No student is prevented from attending college solely on the ground that he has not furnished a bank guarantee,” reads the court order.

Both the HRDA and the Telangana Junior Doctors Association (TJUDA) have been approached by students and parents alike, seeking help.

In addition to tuition fees, the students are also being forced to pay other fees.

“My daughter got a seat at Malla Reddy Institute of Medical Sciences. The college is asking us to provide a bank guarantee for Rs 3,80,364 for tuition fees and a personal bond for the same amount, apart from Rs 40,000 as miscellaneous fees and Rs 90,000 refundable deposit. This is not including the hostel fees,” says Krishna Rao*, a parent of one of the students. According to him, some students are being forced to pay hostel fees even when they do not want to stay in the hostel.

In subsequent phases of counselling, students may sometimes be transferred to different colleges. Several students complain that they are being forced to pay the fees at the time of reporting, prior to enrolling. For students who get transferred later, getting a refund becomes an extreme hassle. The students claim colleges are doing this though it is known that some students may be transferred.

Without these fees being paid, students are not being allowed to report, much less secure their admission, at the college.

With the next year’s classes set to start, some parents and students are waiting to see if the government will take any action against such instances. TJUDA has taken cognisance of the issue. A group of members from the organisation, including chairman Dr PS Vijeyendra, approached the Health Minister of Telangana Etela Rajender regarding this problem.

The minister assured them saying that he would speak to the vice chancellor of KNRUHS, Dr Karunakar Reddy, to allow students to join their courses without the bank guarantee. #KhabarLive