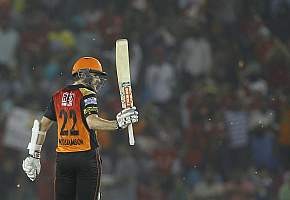 The Indian Premier League 2018 auction was a success for the Sunrisers Hyderabad. They would’ve felt content at the end of that weekend, not just because they could stick to their pre-planned strategy of retaining familiar faces from the past season, but also because they ended up with a side that has all bases covered.

As many as nine players from last season were back in the squad from the 23 picked. Their initial retentions were to the point – David Warner and Bhuvneshwar Kumar – around who the Sunrisers unit revolved primarily. Their acquisitions at the auction, too, revolved around the pivot, Warner. But then they were dealt with a colossal blow two weeks prior to the start of the league.

Warner was banned from the IPL by the BCCI in the wake of the ball-tampering scandal that had the explosive opener suspended for a year by Cricket Australia.

Warner’s role in the franchise was well beyond him just being the face of the franchise. He not just led from the front with the bat, but his dynamism and inventive captaincy, coupled with his brimming enthusiasm on the field, worked wonders for SRH. A side that was easy to mistake for ordinary, under Warner’s leadership, rose in stakes and to prominence. To validate which, they even went on to win their maiden IPL title under him in 2016.

In a forced move, Sunrisers named Kane Williamson to lead the side and roped in English opener Alex Hales as Warner’s replacement.

Williamson, in personality, may be in stark contrast to Warner, but his calm is what the Sunrisers need to deal with the loss of the latter. In terms of the composition though, it skews combinations. Williamson, who realistically, wouldn’t have even made the playing XI on a consistent basis, now finds himself at the core, around which the side will be built.

Dhawan will have to assume the role of the aggressor in Warner’s absence, giving Hales the window of comfort in this new partnership. It is a brilliant opportunity for Hales, who only was with Mumbai Indians briefly in 2015, to get the IPL experience. It also, however, is a pressure situation, given he has Warner’s boots to fill, with their ex-skipper having been the top run-scorer for them last season. If the Dhawan-Hales association is nearly as efficient as the Dhawan-Warner alliance, it would ease Williamson’s role at No. 3 of the sheet anchor, giving others around him the freedom to tee off.

The middle and lower order is more than capable with the likes of Manish Pandey, Wriddhiman Saha and Deepak Hooda. Yusuf Pathan is a handy option to have, if need be, who can chip in with the ball as well. Bhuvneshwar has been one of SRH’s vital cogs and will continue to lead the pace attack, and Sandeep Sharma’s inclusion only strengthens the department.

While SRH are loaded with local pacemen, they didn’t invest much in stocking up on Indian spinners because their tweaking department is brimming world-class talents such as Rashid Khan, Shakib Al Hasan and Mohammad Nabi.

Williamson had said last year that the SRH unit has a great team culture, which was created under Warner. With him in charge this season, he will have the responsibility of maintaining that culture – something that the franchise has prided itself upon and has gained plenty of traction with. One of Williamson’s big challenges would be to wait and watch how Hales fares at the top before deciding on rejigging the order, but the biggest hurdle confronting the diminutive New Zealander’s path right now is cohesiveness minus Warner. His ability to bring it altogether will be the difference between SRH being also-rans or ones with yet another crown.

Predicted Style of play:
SRH has always been a side that has been reliant on its bowlers, factoring in the start that Warner gave them at the top. They believed that they could defend any given score or restrict the opposition, but the key lay with their former skipper. This season, however, that equation changes.

They will play Shakib, Rashid and Williamson as certain starters. They will even start off with Hales at the top to make up for Warner’s absence. The problem, however, will come if he fails. Nabi will be brought in ahead of Carlos Brathwaite, and in the pace department, they have plenty of Indians to pick from. Bhuvneshwar and Sandeep Sharma will start, with Siddharth Kaul likely to get the nod at the beginning given his successful last season. As the season goes on, the combinations might change, but SRH, at all times, will have at least six bowlers who are more than capable of bowling their quota of overs, which gives Williamson the luxury of choice.

Numbers:
– The difference between batting and bowling average for SRH in 2017 is the highest for a team in any edition of IPL. SRH averaged 37.89 with the bat which was the highest among the teams in 2017 edition and averaged 22.56 with the ball.

– David Warner and Shikhar Dhawan have aggregated 1999 partnership runs in the last three seasons in IPL, 600 clear of the rest. Their stands contributed around 18% of the totals for SRH last year – the highest by any pair for a side.

League run:
Sunrisers have the chance to pick up early points with them playing three of their first five games at home. They kickstart their campaign against the Rajasthan Royals on April 9 in Hyderabad. While the end the group stages will see the equation reverse where they play two of their five games at home, they would want to captalise on the start at home.

Last season finish: Knocked out in the Eliminator to Kolkata Knight Riders in a rain-marred match. #KhabarLive 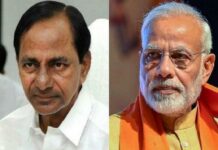 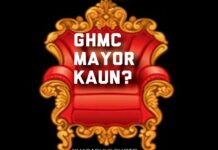 Winning The GHMC ‘Mayor Post’ For TRS Will Become A Herculean Task Or ‘Just A Cake Walk’ ?